“A fashion faux pas is what happens when you’re not confident with yourself.”
Loulou dela Falaise
Faux pas. A social blunder. In fashion, it is usually characterized by a cringing effect upon others when they see you. E-baydeals blog produced a list of the most common fashion blunder that men and women make based on a survey of 1000 people. I found the result rather interesting because I’m guilty in most of them so I thought I’d share it here. Haha!
So, according to the survey for women the top offenders in fashion are the following arranged in order:
1. Too much animal print.
2. Visible bra straps
3. Too tight clothing
4. Evening wear during the day
5. Tracksuits
6. Childish footwear
7. Scrunchies
8. Denim on denim
To be honest, I’m not in total agreement with everything in the list. I’ve seen most of them work in a lot of situations but not really totally defending myself in the gallery below. I’ll just blurb a bit on the gallery below. But if there’s anything that’s seriously missing in that list? Crocs! Uuugh. I’ve never felt so strongly against anything like that in my life.
Animal print. I’d say as I captioned this post last year, “too much leopard won’t kill you.” Haha, seriously. I think I’ve blabbed too much about this here. Check out another leopard action in there. 😉 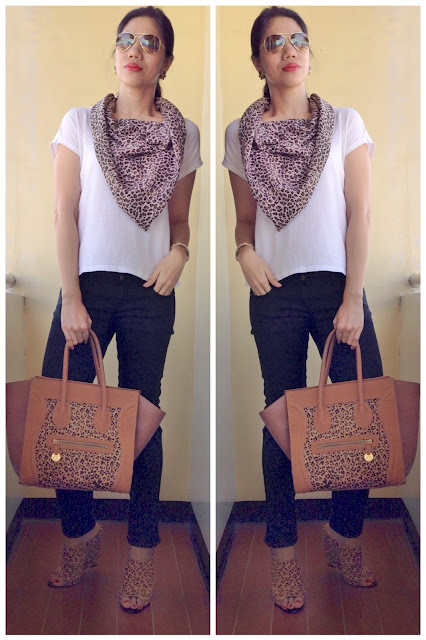 Sunnies: Ray Ban; Bag: Jose
Tracksuit. According to the same post, tracksuits become acceptable only when worn in the gym. But I did wear this to go to the gym. Haha. Does that excuse me? 😛 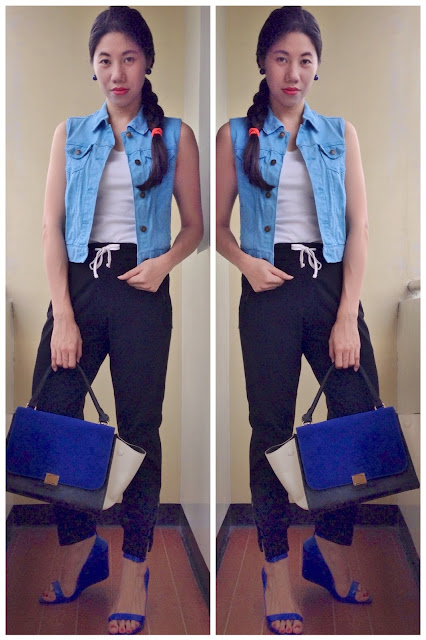 Denim on Denim. I seriously think that this is a cool trend. Crocs should replace it at the bottom of the list. Hahaha!!! And by the way, this is a J-Lo inspired outfit. Haha! 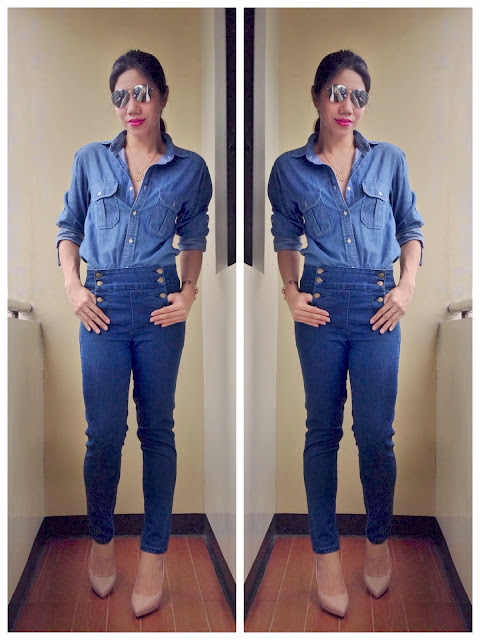 I think I still can produce photos for each category in the list but I don’t like long posts so this would do for now. In my opinion though, if you ever you find yourself in a fashion faux pas situation, just hold your head high and smile brightly. After all, to rephrase the quote above, fashion faux pas happens when you don’t carry yourself confidently. *wink*