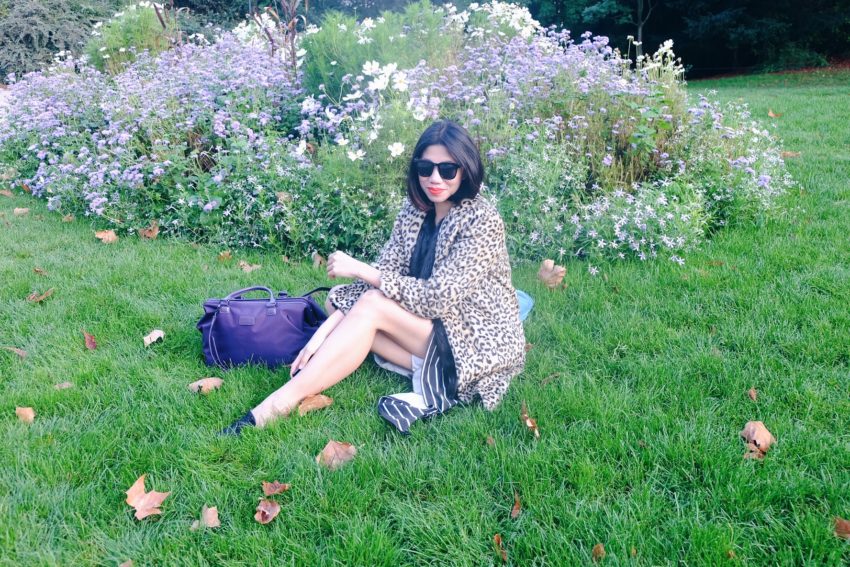 Full disclosure: My idea to visit Paris only occurred to me probably two months before the departure. While it’s unlikely of me venturing out to Europe for the first time alone in such short notice, I was a bit confident because I have a friend in Paris who I know will help me out. Enter my french scuba diving friend: Guill. He met me on a Friday night in Paris for some sushi treat and offered to show me the city on the weekend.

Of course, I had my planned itinerary and being a lesser known park (atleast to me then), Parc de Buttes Chaumont wasn’t included in it. Guill, being the stubborn Parisian that he was (sorry Guill, lol!), insisted on taking me here since it’s located in the 19th arrondissement where he lives. At first, I thought he was just suggesting it to his convenience but I was mistaken coz after going around that huge lush green park, I was totally convinced that it really is one of the best public parks in Paris. As mentioned in my last travel post, locals do know best. 😅

What made this park stand out to me was a reason highlighted already in the past – it’s less touristy. Probably because it’s located on a hill in the northern part of the city. And that I guess makes it a favourite place for locals including Guill (who regularly runs here) and a good place for me to observe that Parisian atmosphere.

A theatre running puppet show for the kids greeted me at one point in the entrance and perhaps the best thing I saw while strolling around was a newlywed couple sitting on a bench in their bride and groom outfits. I was informed that there is a city hall nearby and if this “we-just-got-married-let’s-take-a-stroll-in-the-park” attitude is not a cool thing to you, then I don’t know what is. And nope, they weren’t there for the photoshoot; the couple was simply chilling next to each other.  Oh, Parisians!

This park used to be a quarry landscape and has its dark origins but it’s been turned to a beautiful island forest garden with many species of flora (complete with labels in it). This place actually reminds me of New York’s Central Park. 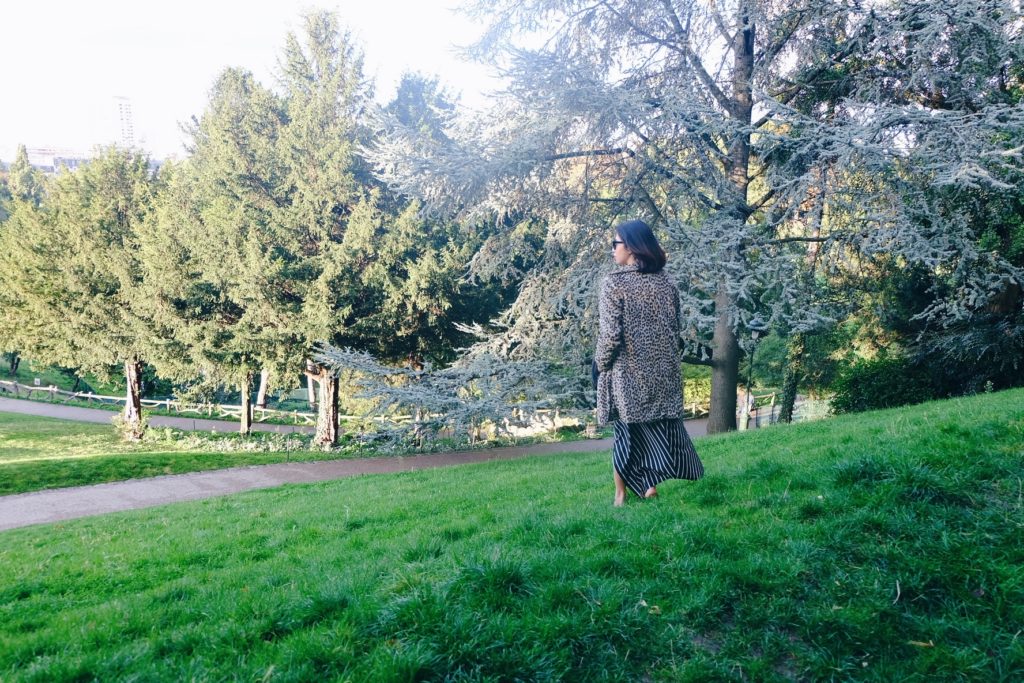 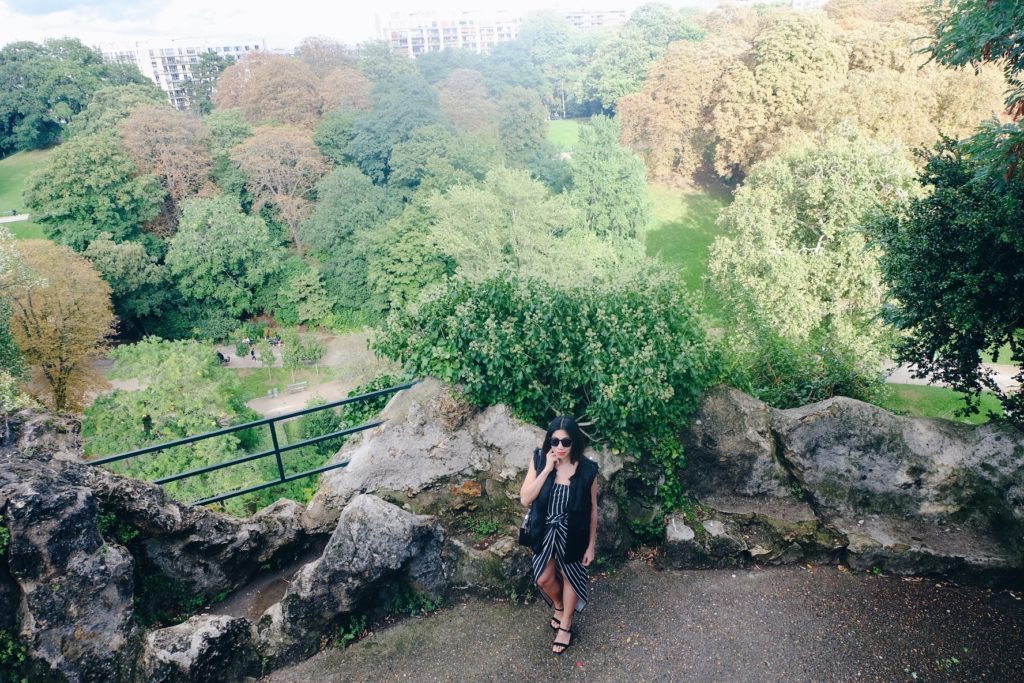 From the main garden there is a charming suspension bridge that leads you to the cliff. this is designed by Gustav Eiffel himself. 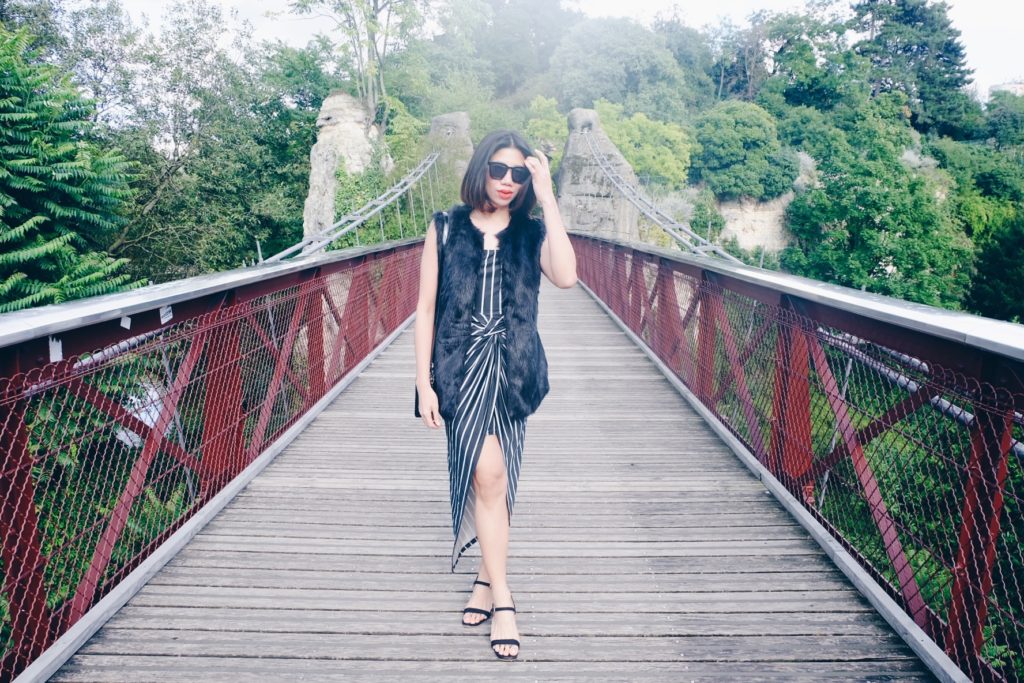 Climbing up the top of the cliff takes you to my favourite part of this park: the Sybille temple. From here, the view of the 19th arrondissement is just unbeatable. Of course without Guill, the view of Sacre Couer to the west would be completely unnoticeable to me. After all, it was just my second day in Paris. 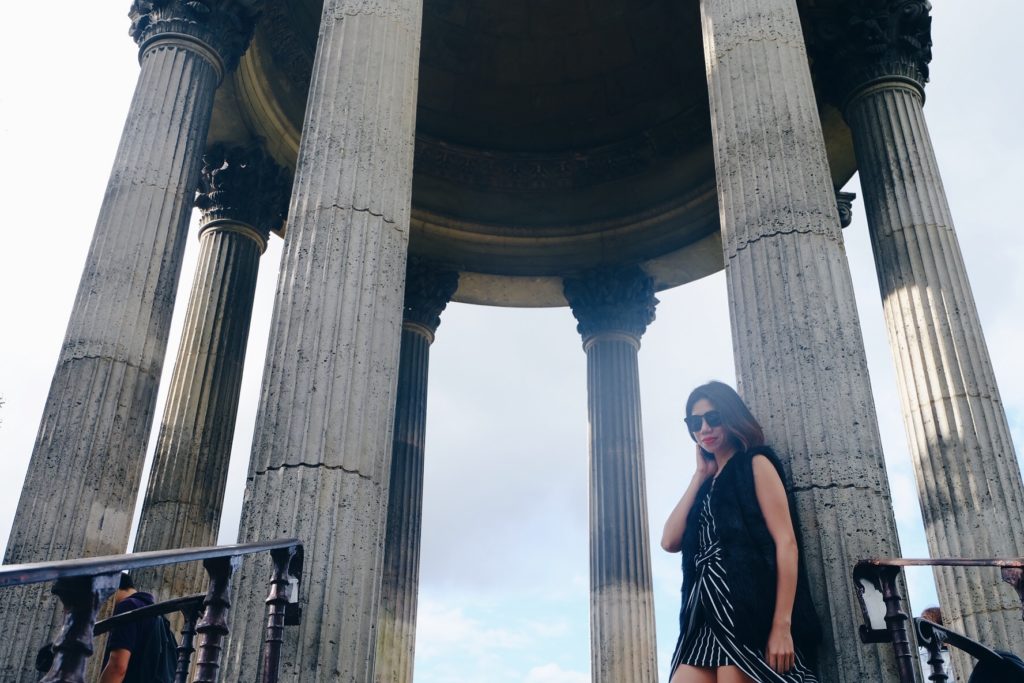 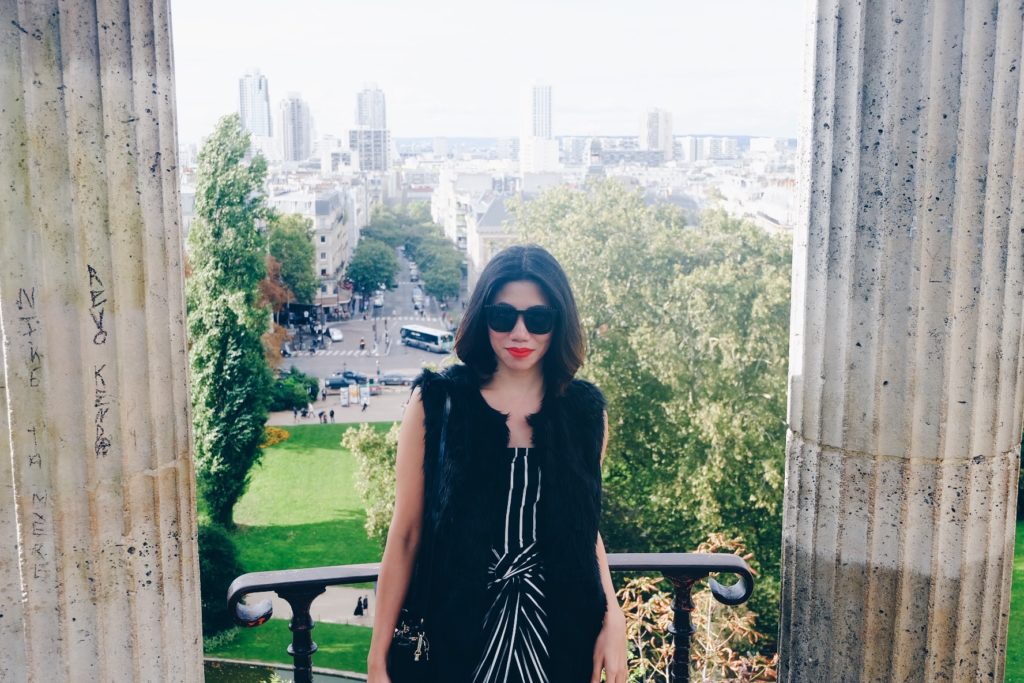 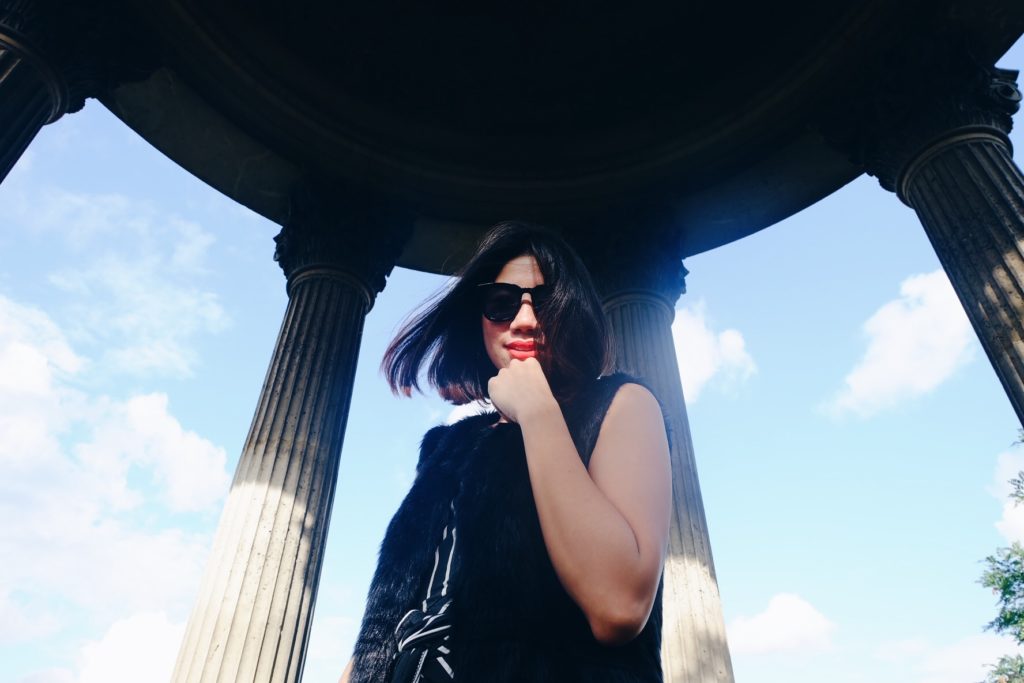 Around the cliff is a lake where different species of birds can be observed. It was fun watching the kids play around the lawn with them. It was a beautiful Saturday with the crowd but it doesn’t look suffocating because of the park’s good landscaping. 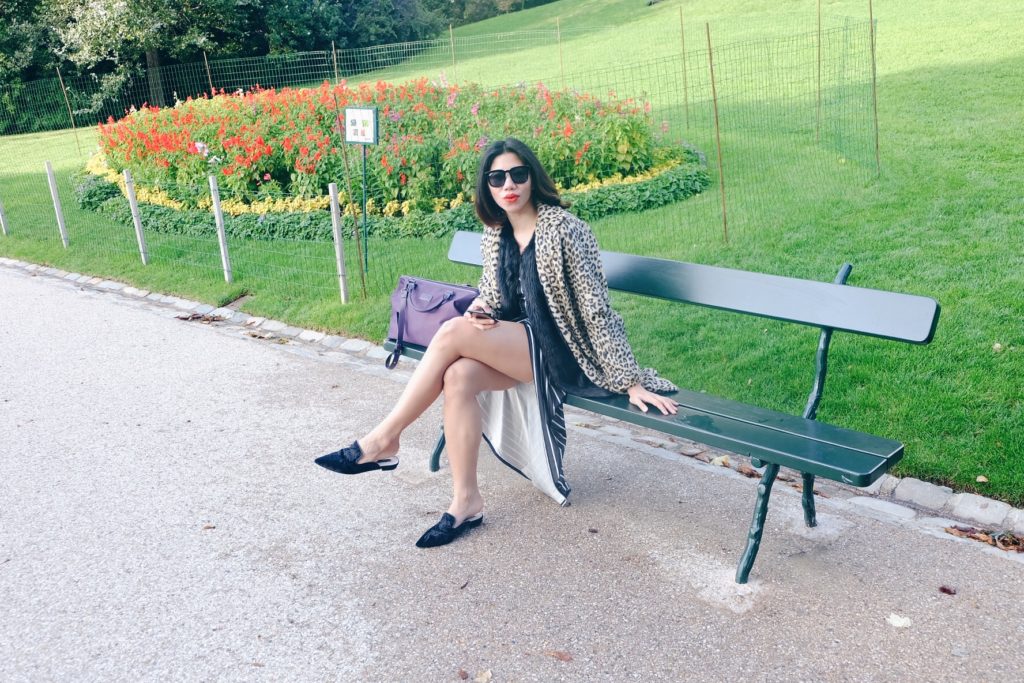 A total tour of the park is about 5km. Good if you noticed my change of footwear. Haha.  The park is accessible via the Buttes Chaumont metro station. Though we arrived from a bus coming from a look at Pere Lachaise cemetery in the 20th arrondissement. Let’s talk about that next. 😉 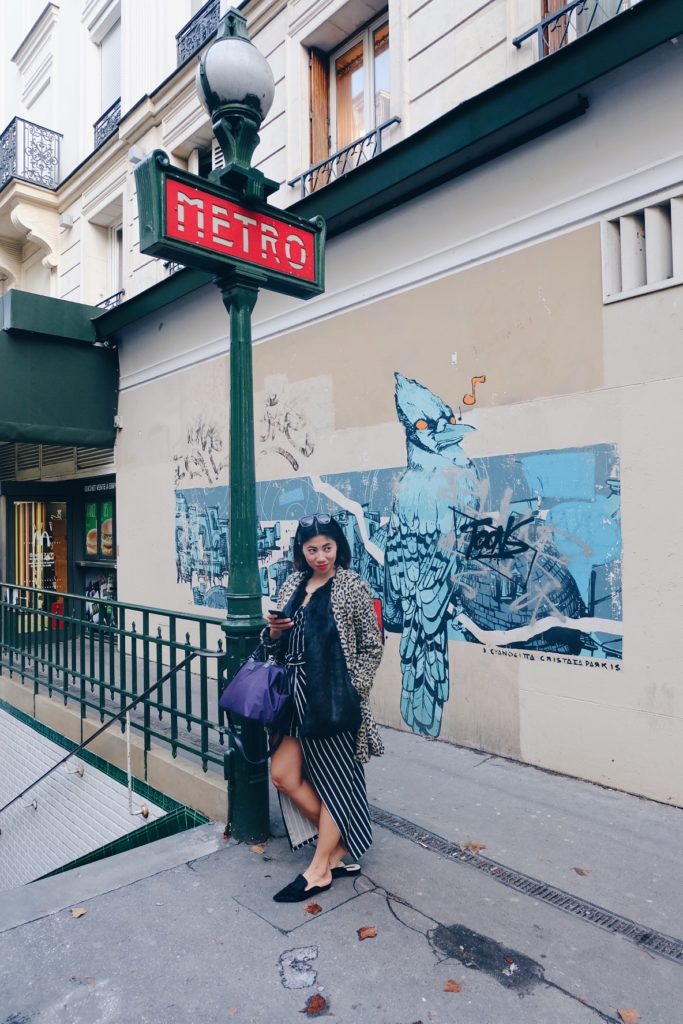