Did you know that in the US, there was this once a fashion commandment to not wear white after Labour Day (September 1)?

Yep. And like a throwback hashtag, this sartorial decree comes up during this season to remind us of (1) the snobbery of the American millionaires in the early 1900s who wanted to distinguish themselves from the other “classes” in terms of dressing (this and so many other rules were created by them) and (2) that white on white is actually an all-year color and not just during the summer season.

If anything, this age-old adage “no white after labor day” only propels us to embrace more whites for the upcoming season. Just take a look at this kitten heel white ankle boots I recently got. Doesn’t it look fresh for this fall? Actually, even this white turtleneck does too. Now I’m starting to believe this other theory that this rule was just “invented” for fashion magazines to promote white for fall. 🤷 But why do I care so much? I live in a tropical country and it’s already been 3 months since our Labour Day. Hehehe. 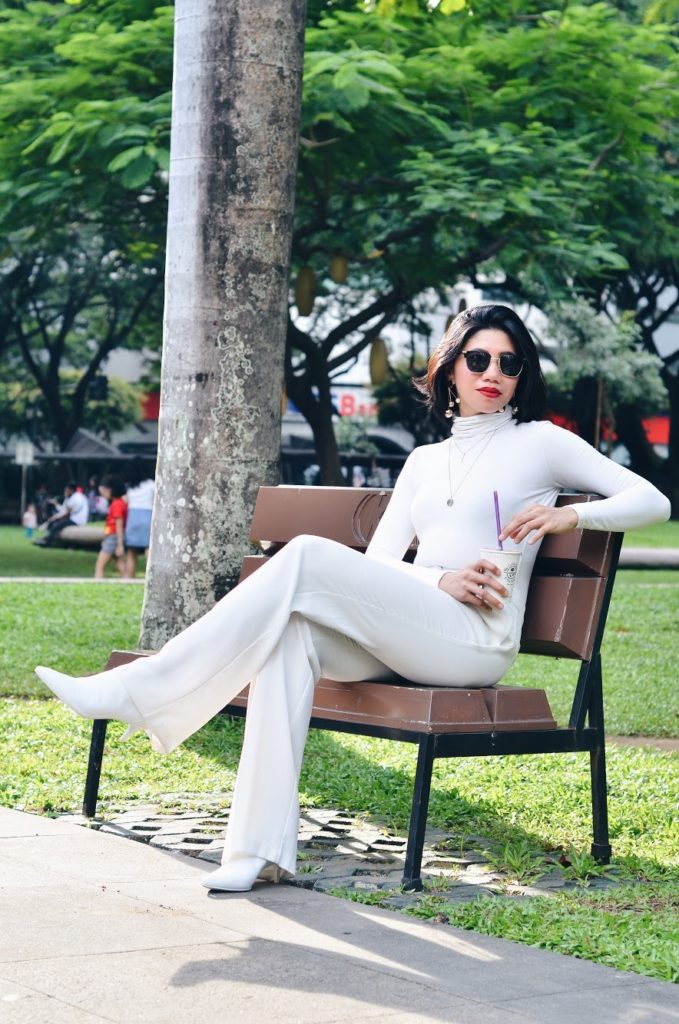 If you’re looking for structured blazers like this one here, you can see more of my recommendations here.