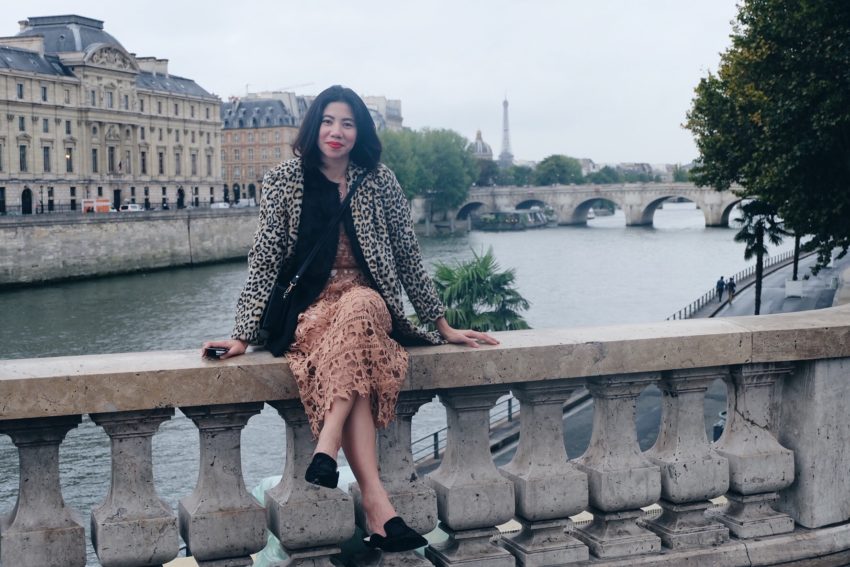 I really wanted to see the Eiffel tower on my first day in Paris. It was the 8th of September last year, the day I turned 3x. 😛 It was a cold Friday when I arranged to meet with my friend Guill and as usual (🙄🙄🙄 you should know how stubborn he is by now from my last post lol), he did have other plans for me on that early evening. He wanted to take me to his fave sushi place somewhere in Les Halles for a birthday treat. Well, who was I to resist? I had 9 more days in Paris to see the tower anyways. He did take the photo above by the Seine river though. My first ever glimpse of the Iron Lady  – a validation that I was indeed in Paris! It was a good enough gift and it only brought so much excitement to see it up close and personal.

Since I chose a budget hostel in the 15th arrondissement that promised a 15-min walking distance to the tower, the very next day I woke up 7-ish early to do a “run around the Eiffel tower” for a cardio workout. No, I didn’t wanna be one of those total saddo tourist with sticks who will take about 1000 selfies when they see the structure for the first time, I wanted to play it casual like a local. Like I was just here for a run, no biggie. 😎  It was all pretty cool and chill after a few steps along Rue de Commerce but honestly, I lost it when I turned a corner and saw the tip of the tower in between two buildings up close (how many times have I seen this view in Instagram?). I felt my feet speeding up on their own, almost running, totally abandoning the planned route I studied before leaving the hostel and just allowed that wonderful, wonderful view guide me. There was even a turn that led me to a dead end of apartments but like a queen that summons its servants, I eventually found my way without asking anyone for help and moments after, there I was happily impressed standing under it for the first time. Her sweet sweet majesty looming overhead. It was a pinch-me moment.

As I would later learn from my walking tours then, I found it hard to believe that this wrought-iron beauty was once called useless and monstrous and that Parisians had planned to take it down 20 years after it was erected. The beauty of not researching trivias about the Eiffel tower prior to my trip is the shock upon me when I saw names of familiar French people written in it. It’s just so awesome finding it out by myself though I mean for sure I’m bound to find it out sooner or later by reading or if I climb up the tower- something I didn’t plan then (and for the entire trip, bummer!) because of another appointment with Guill in Buttes Chaumont later in the day. But seriously, like a newfound lover, I can just sit there all day and discover anything and everything about it. Although probably it’s much better with a loved one beside you??? I felt a tug at the heartstrings when an old gray couple approach me to take a photo of them by the north entrance. They will queue up and climb the tower. Aaah, long lasting love! ❤️️❤️️❤️️

That being said, it didn’t stop me from coming back to see it again! Another thing to be grateful for staying at hostels is finding out from my roommates that every hour after sunset the tower sparkles with thousands of lights! (Again, another trivia that I didn’t read up on and something I wouldn’t forgive myself had I missed it!) I went out twice in the night with friends I met in the hostel – one night with Luis and another one with Sebastian and Marco. They’re all Mexicans btw. (Ola guys if you’re reading lol!) It’s one of the best free activities in Paris and it’s not overrated. It’s pure magic! ✨✨✨ Simply make your eyes go 😍😍😍. And that’s with or without a loved one! 😉 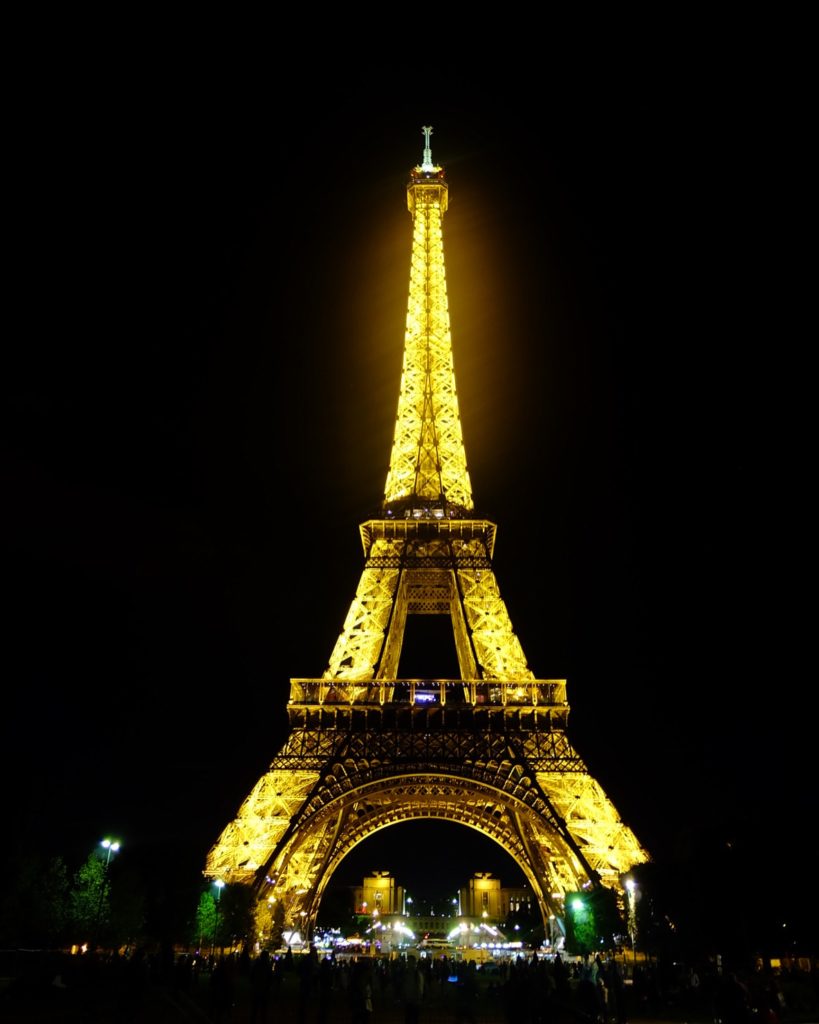 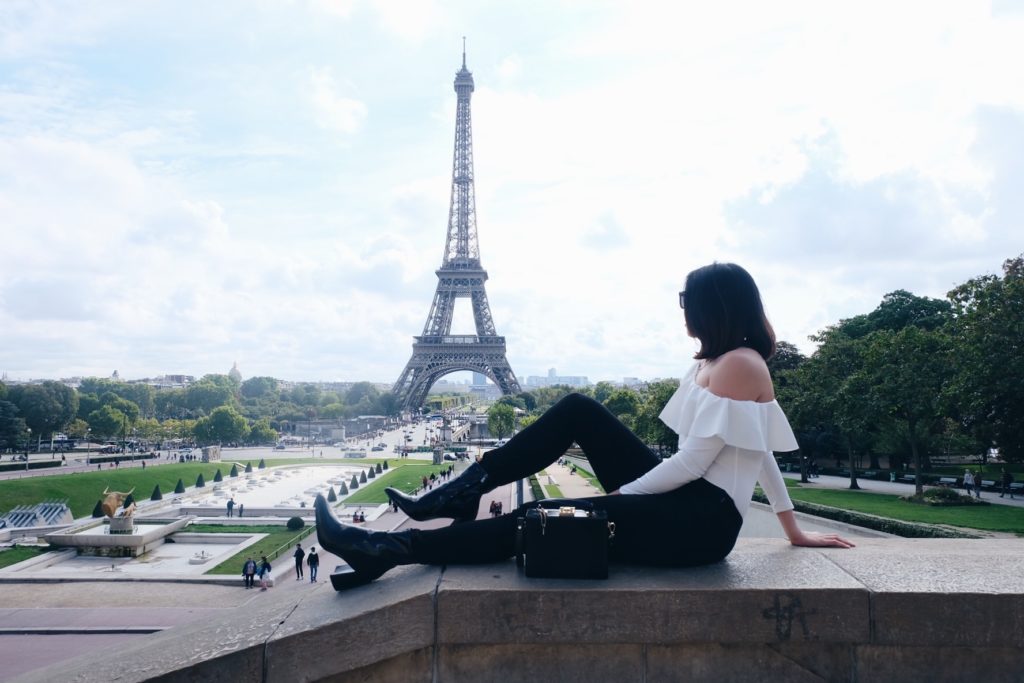 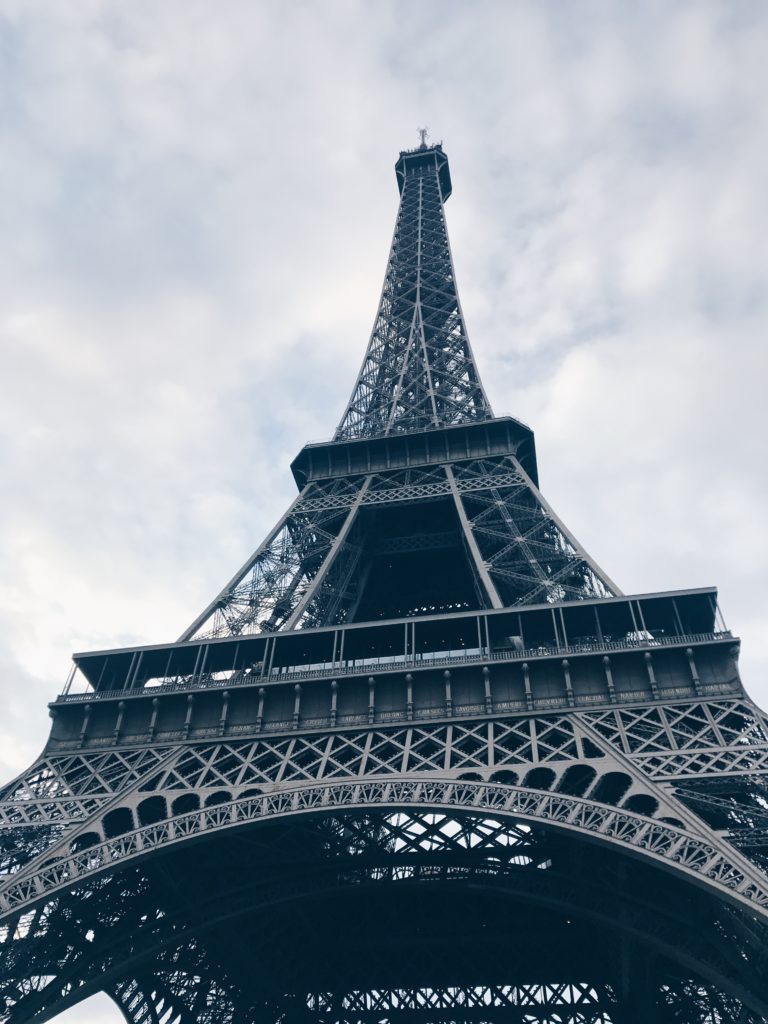 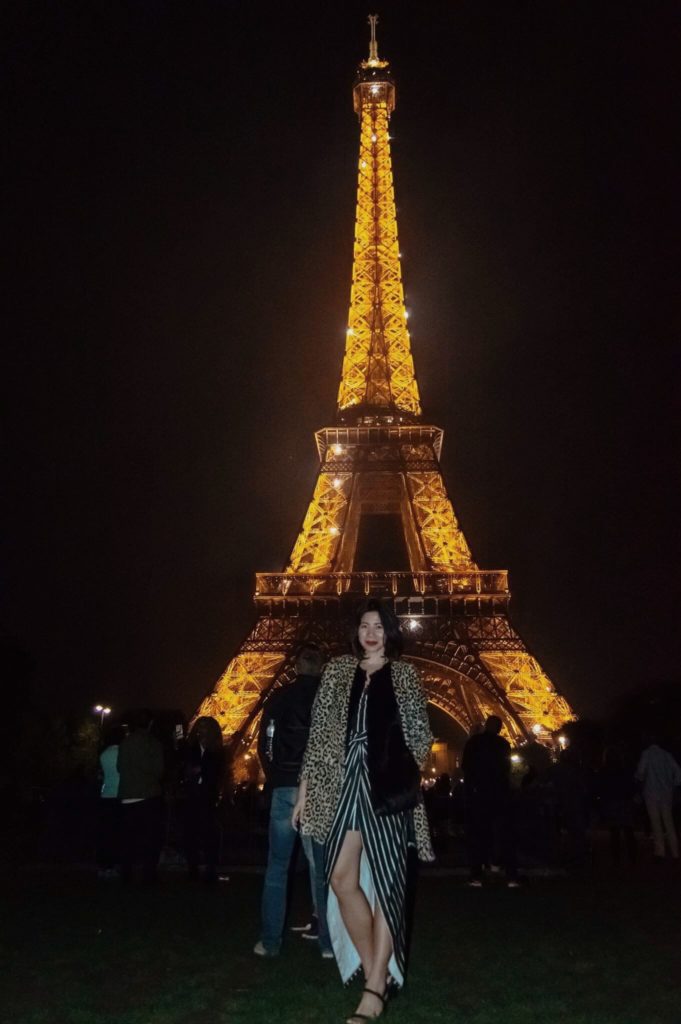 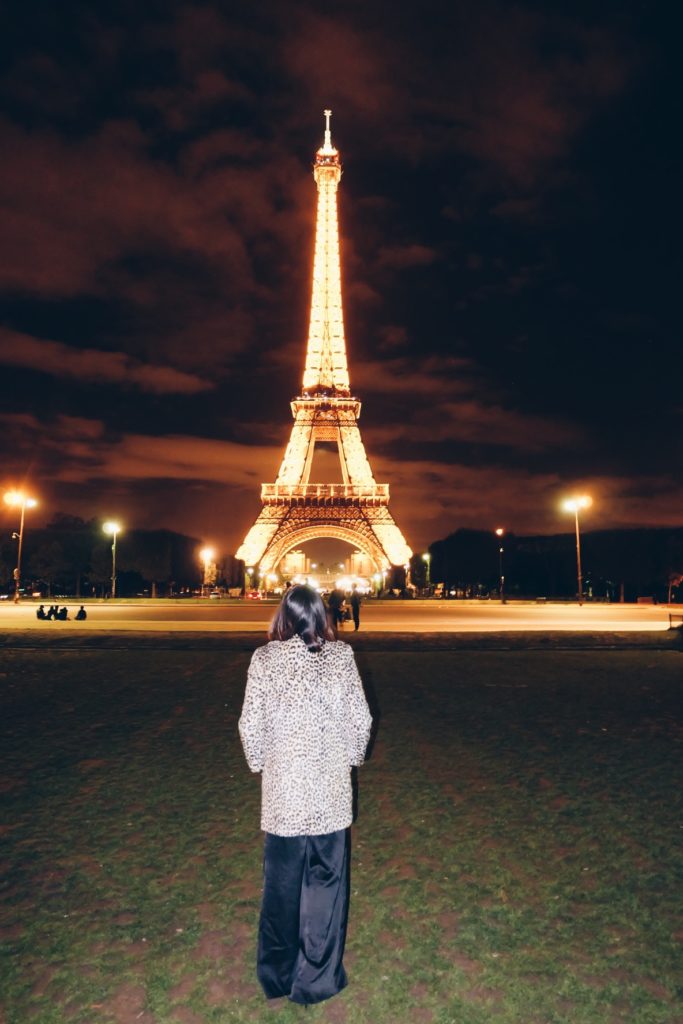