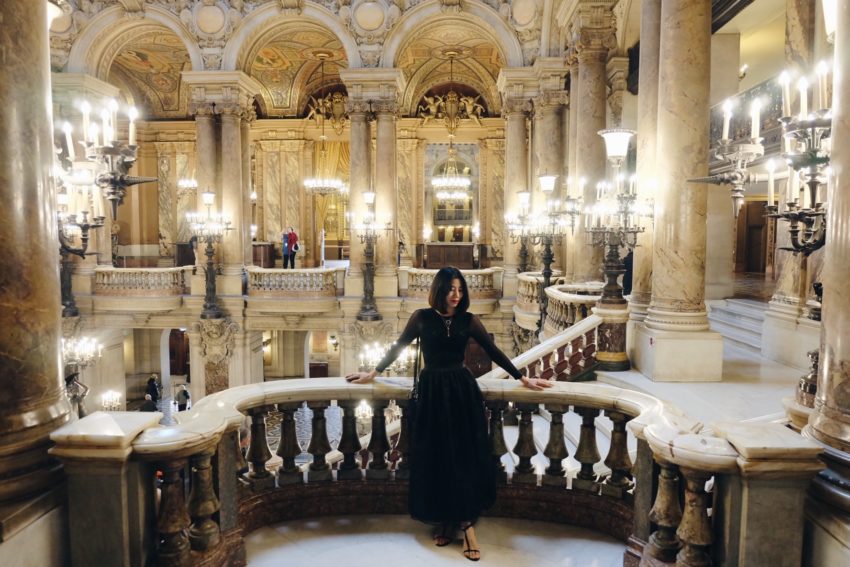 Ask me to name the most beautiful building I’ve been to in Paris and without a doubt for me it’s the Palais Garnier or simply known as the Opera. There are a few possible reasons why this place would be of interest to you.  Perhaps you’re a fan of the book or the musical The Phantom of the Opera, or that you’re a ballerina dreaming of performing at this most famous opera house in the world but for me this place would always be special for the way its jaw-dropping interiors made me feel. I felt like a special person or dare I say it, even a royal, the entire time I was there. And this is certainly what the creator Charles Garner had in mind when he constructed this opera for the emperor Napoleon III.

In the late 19th century French society, you did not go to the opera to view the artists but rather, it’s a place for the wealthy Parisian elites to see and be seen. Living their lives in the pursuit of beauty, the women came in their most extravagant gowns as they mound the white marble Grand Staircase. Imagine: a dramatic gown on an even dramatic staircase. 😍 Though honestly, I actually think it’s hard to compete attention from every sumptuous details of the staircase itself. From the pedestals to the lighting and paintings above it, everything is just pure WOW! But let’s not get carried away too soon, shall we? 😅 The grand staircase leads you to the Grand Foyer. Here, they come to stroll, brush elbows and chat before the performances. I can already imagine them here talking about gossips, the best dressed and again to possibly admire all that shining gold in the room! ✨✨✨ Perhaps when they were bored they might take a turn to the outdoor terrace and look down on those wondering people outside thinking how they will never be a part of their spectacle. Oh, the snobbery! Lol! Ultimately, they all take their seats in the lush red velvet chairs of the 2,000-seater auditorium and is one of the biggest in the world.

Not to feel superior or something but I felt like I was reliving those la belle époque days in my black sheer and tutu number. 😅 It’s also the best I can come up with. This article even informed me that men went here to show off their wealth, display power and to pick a ballerina girl from an impoverished class to be kept as a mistress or wife? Ok, this I certainly didn’t come up for here. Lol.

Palais Garnier was certainly one of my happiest places in Paris (I’ve made friends with a Filipina lawyer and Malaysian artist while there) and they took these pictures for me. It’s one of those places of grandeur in Paris that I would love to come back again next time perhaps for a different purpose – to see an actual play or perhaps have my wedding reception there. Lol. So ambitious! 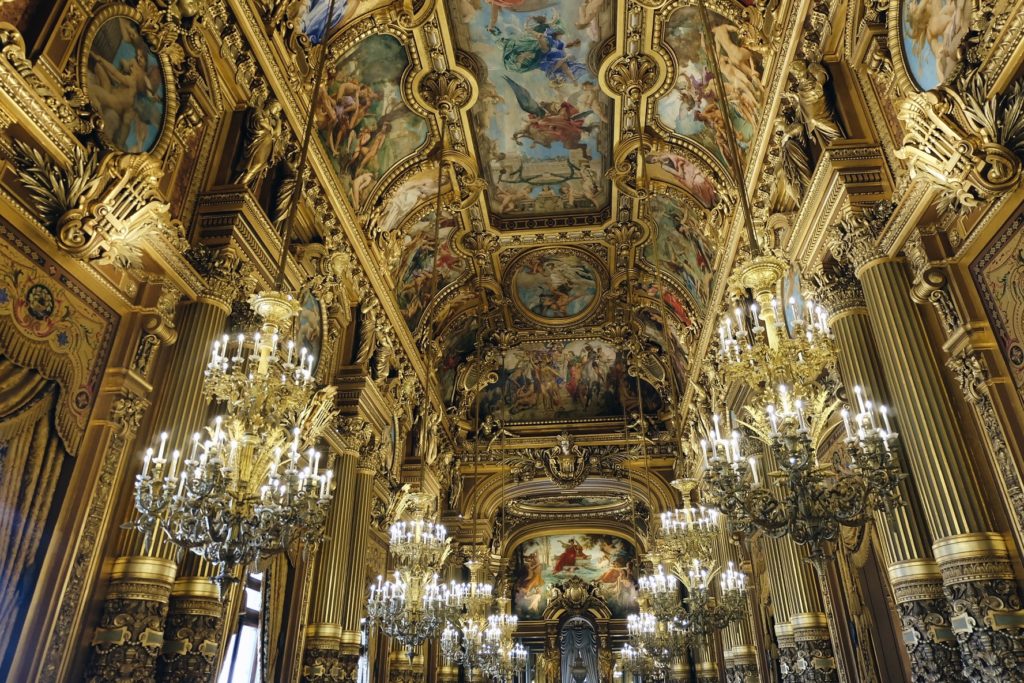 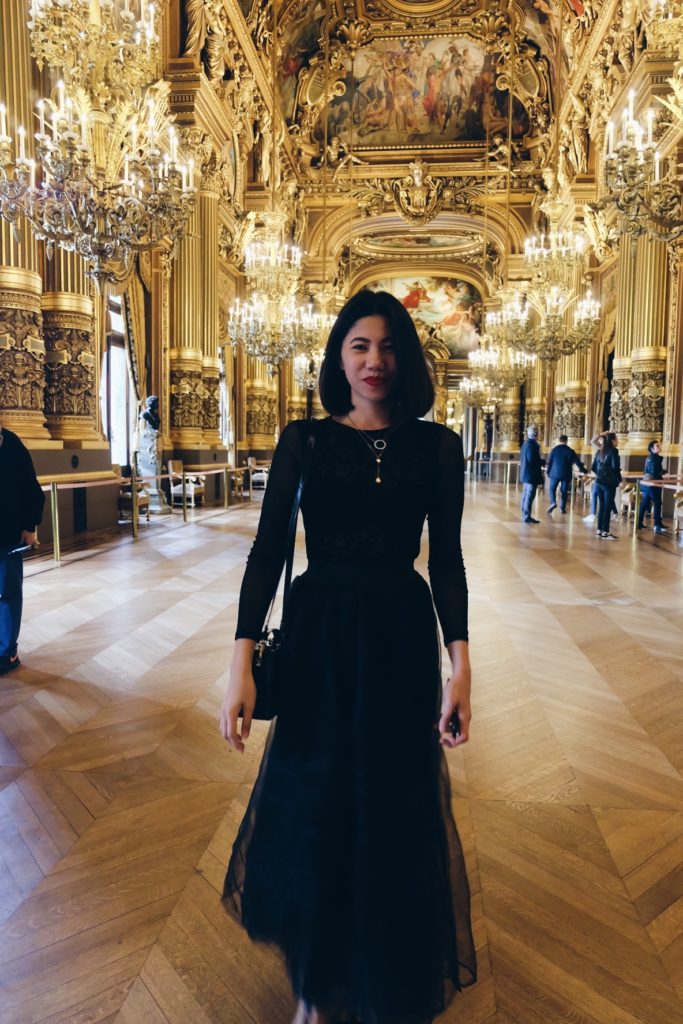 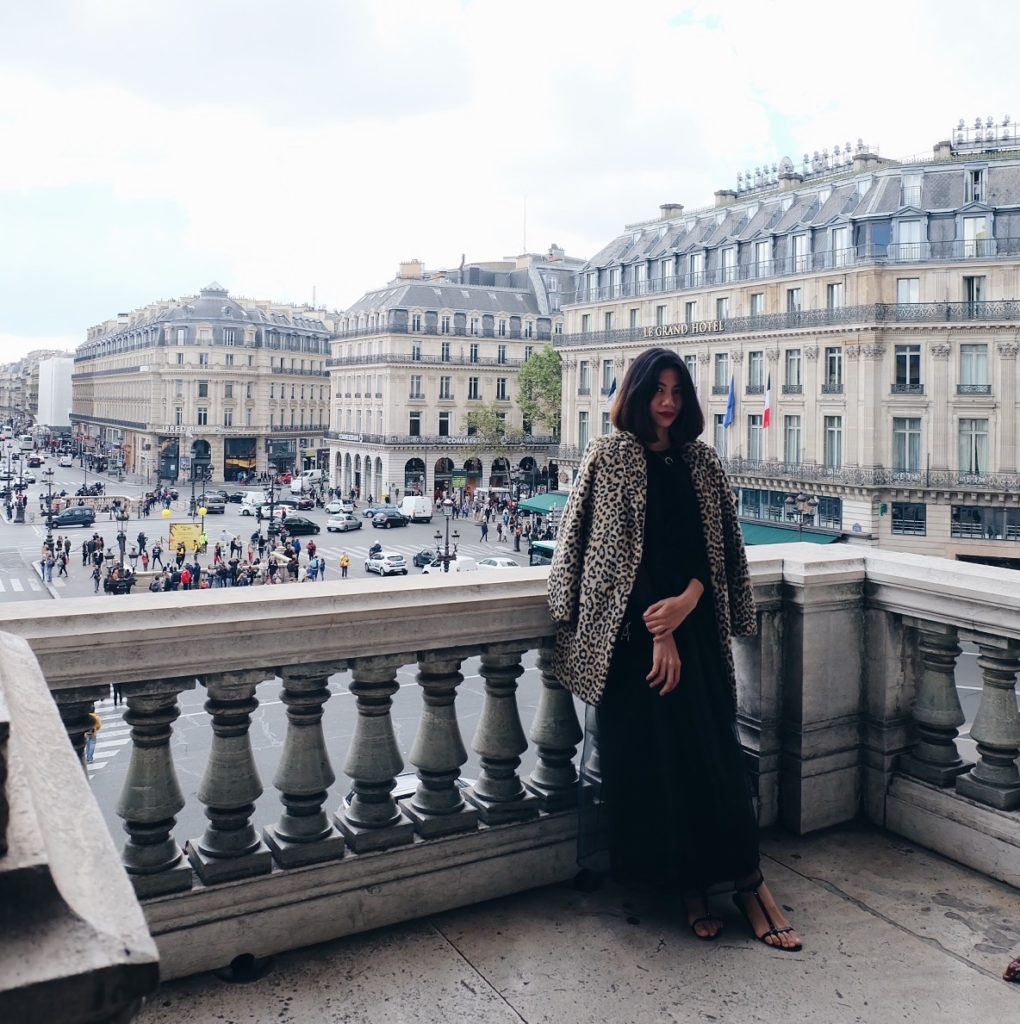 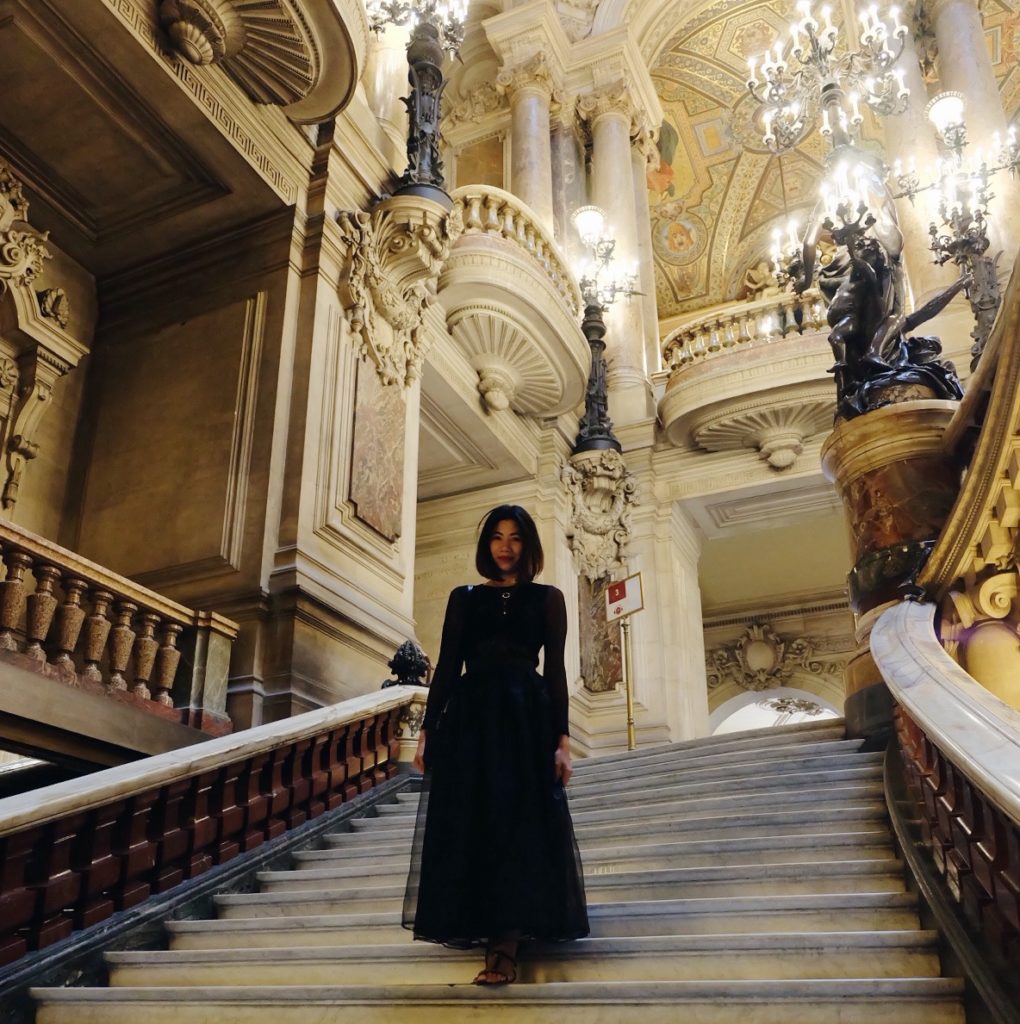 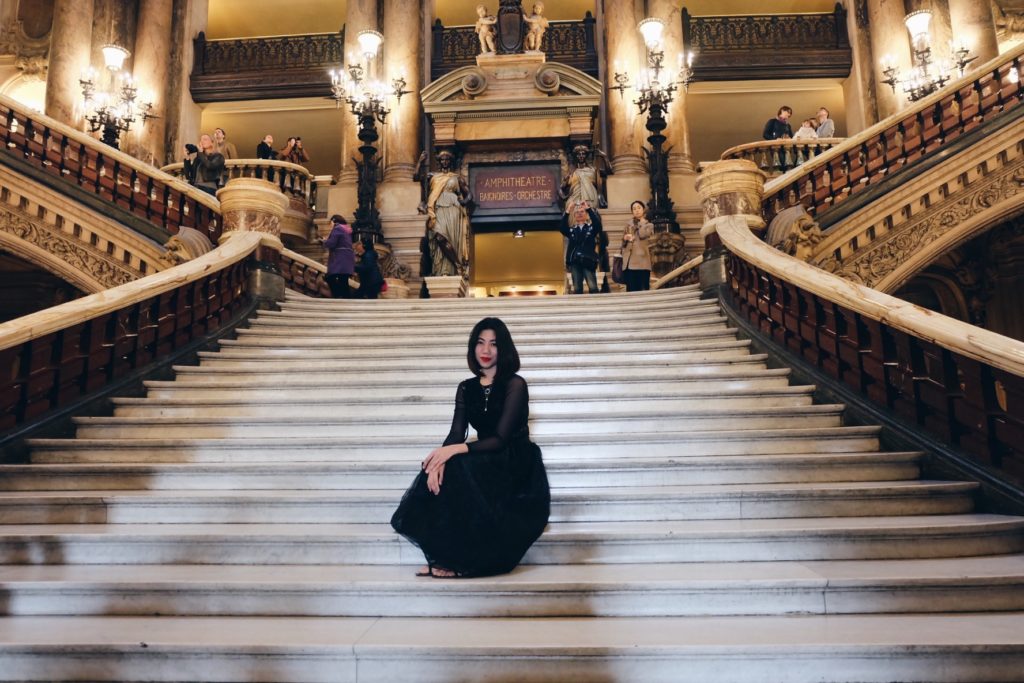 Another place of grandeur that’s 20km SW of Paris  is the Chateau deVersailles. I would also love to come back here because as opposed to my happy times at the Paris Opera, I was terribly sick when I came here. So sick that I had to throw up the baguette I had during lunch. The rain that day also didn’t help as the only place where you could buy an umbrella is back at the train station where you have to pass through once again the large courtyard. So, as you would have expected I never made it out of the Chateau and the State of Apartments and did not even see the garden that day!

I was atleast happy to set foot in this Unesco World Heritage Site that used to be the seat of royal power – a place where the Sun King would display his wealth and power. It was settled out of Paris to keep distance from the civil unrest going on in the city.  My favourite place would have to be the Hall of Mirrors where the Grand Foyer of the Paris Opera was inspired from. What I lacked on physical visit on this opulent complex, I sure made up by watching Marie Antoinette the movie. Upon my return to Europe this year, I hope to get a chance to be back at the Palace. 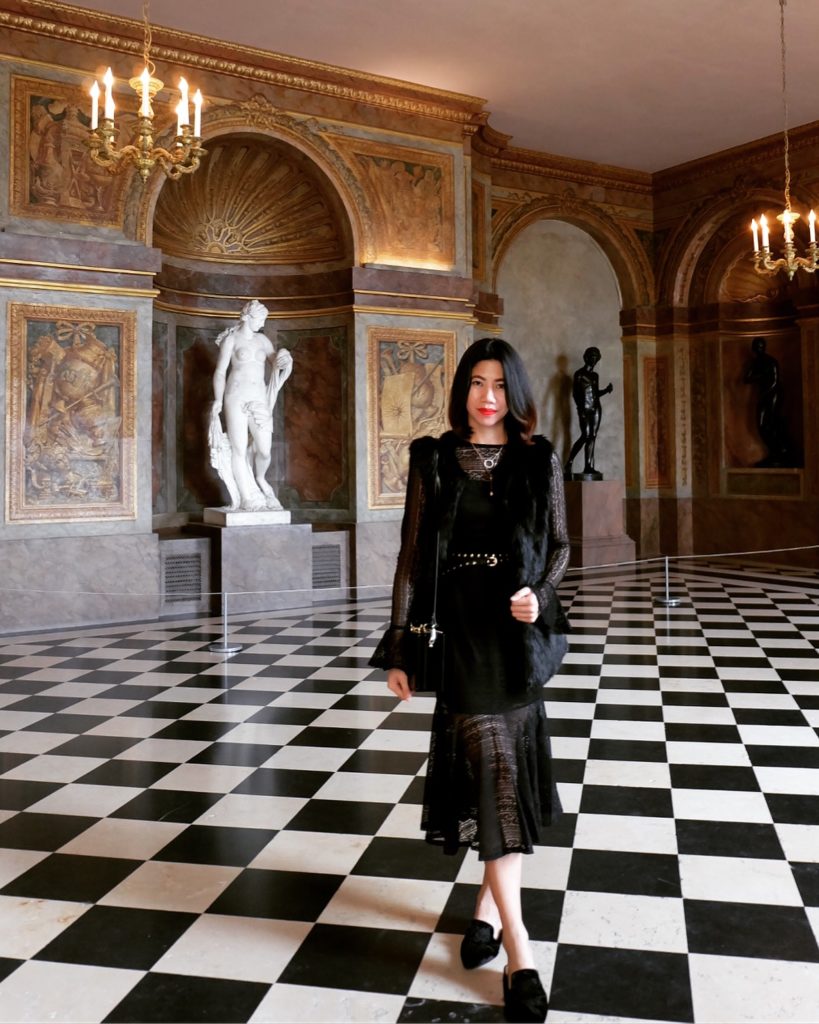 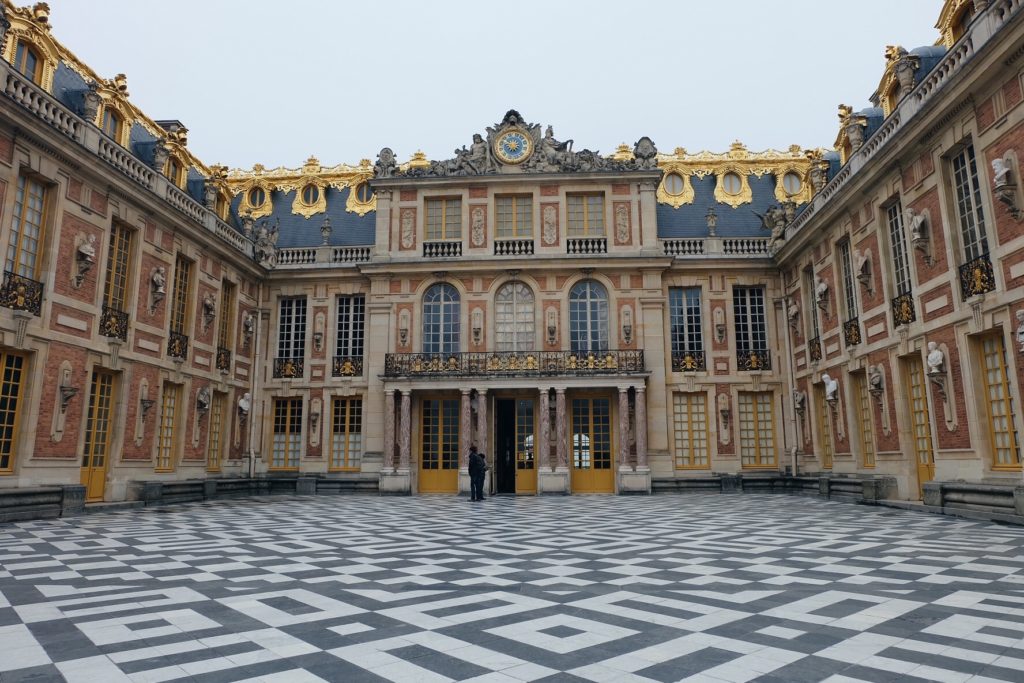 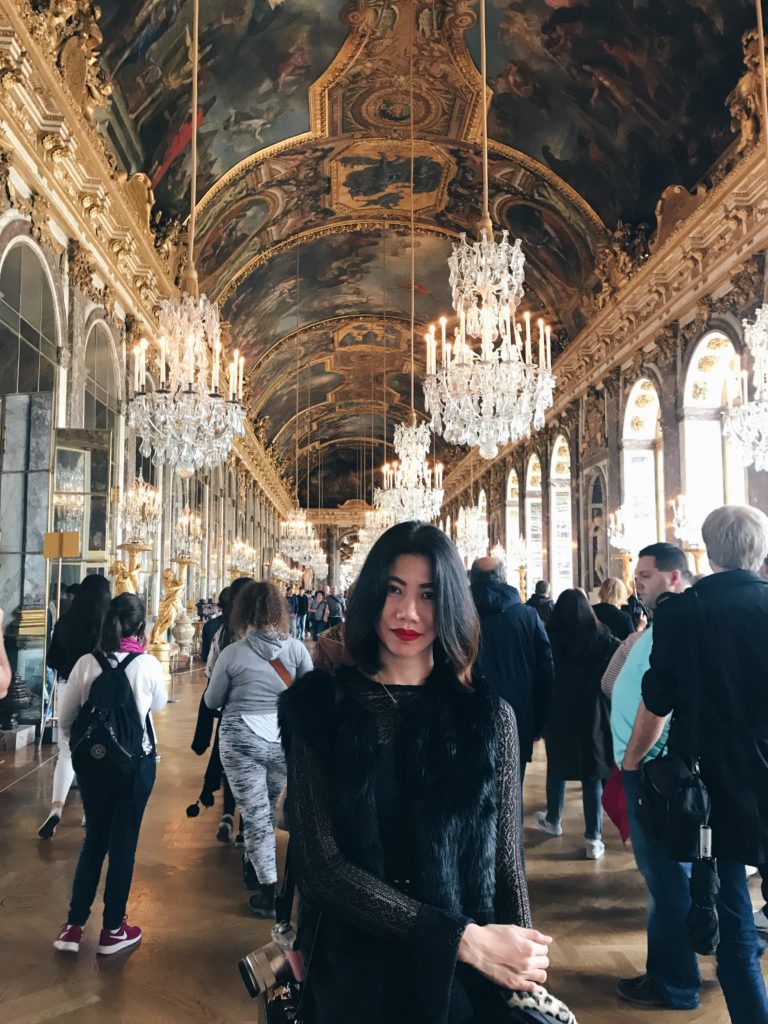 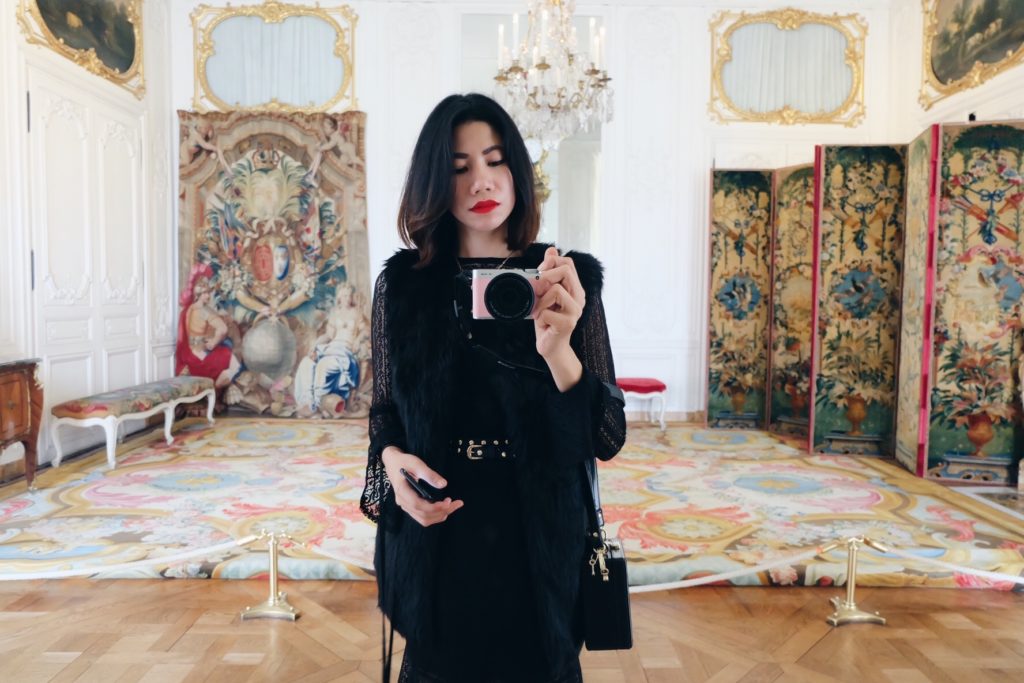