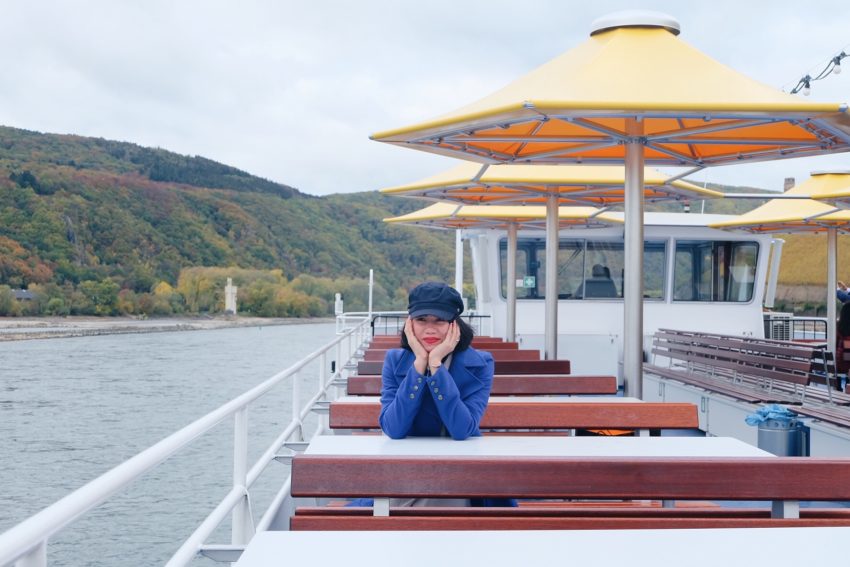 One of my favourite #CakesinEurope experience was the Rhine River cruise. Like most of you, I wasn’t much familiar with this river prior to this trip but thanks to the guided tour, I am now a little acquainted with its history and culture and am confident enough to share some details.

Rhine River is one of Europe’s longest and most important rivers since the Roman Empire. Originating from the Swiss Alps, it flows northwest through Switzerland, France, Germany and Netherlands and eventually empties into the North Sea.  It serves as a major gateway through Europe; with virtually all freight shipped from seaports in the Netherlands and Belgium to the industrial southwest of Germany passing through here.

but in our case we took atleast an hour cruise of its most renowned section – the Rhine Gorge, or the Middle Rhine in Germany. Our tour started from the wine-growing region of Rüdesheim and ended up in another city called Koblenz. The Middle Rhine is a UNESCO World Heritage site because of its picturesque scenery and has inspired many great poets, painters and composers alike.

To be honest, I wasn’t also prepared with what to expect in this cruise but once we get past the what seemed like endless vineyards and verdant hillsides of Rüdesheim and started seeing mighty fortresses and medieval castles dotting the hills, I just couldn’t help but beam from ear to ear. Being a body of water that divides countries and territories, the Rhine offered protection and has seen numerous battlefronts especially during WWII. Hence, the presence of castles and fortresses.

You’d think after seeing splendid church spires, cathedrals and castles of old towns in Prague and Vienna (I’ll do a separate post about my itinerary), I’d totally get used to these sights? But NO! They’re still enchanting and inviting all the more for me especially when I found out that some of these castles high above the cliffs are used as hotels and restaurants. I mean, can you just imagine being transported into another century by staying in one of the castles? Uuugh, that would be so amazing! It just makes me want to go back and experience it soon. Lol! It was a windy and bone-chilling cruise and most of the tourists stayed on the first deck observing the views from the windows but I stayed at the upper deck the whole time marveling at the gorgeous landscape before my eyes.

No wonder they call this also the Romantic Rhine.

My favorite trivia nugget from this tour was from the Lorelei Valley – a folklore about an enchanting female atop the steep rock on the right bank of the river. She bewitches men from the boats passing through the Rhine. This myth has inspired a lot of German literature and music. What a delightful and memorable experience! Romantic or not, I really recommend this cruise whenever you’re on this side of Europe. 😊 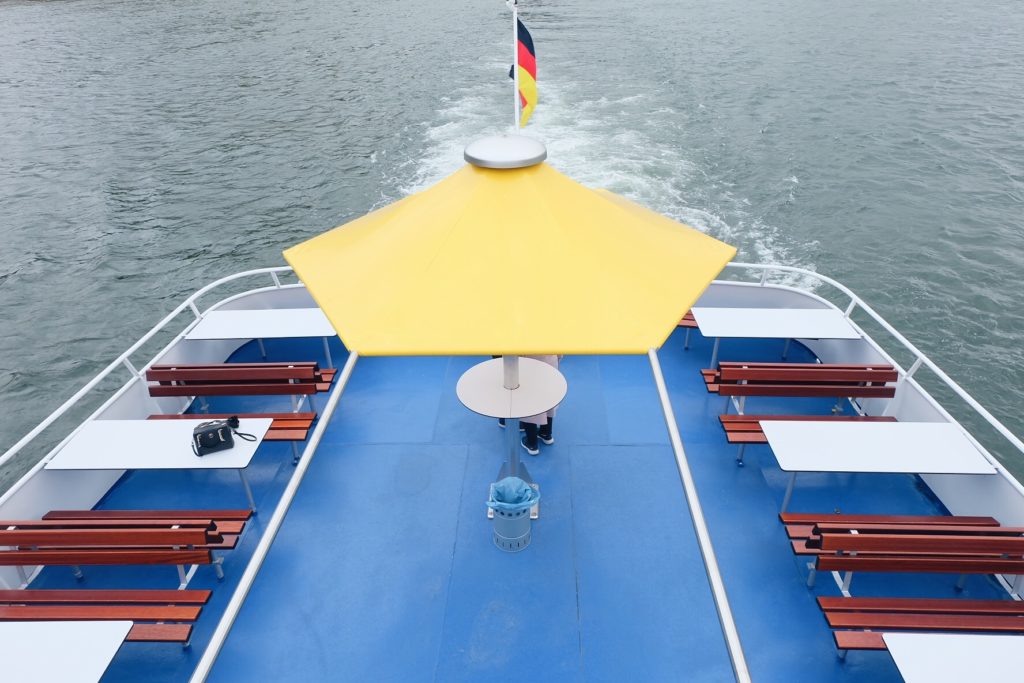 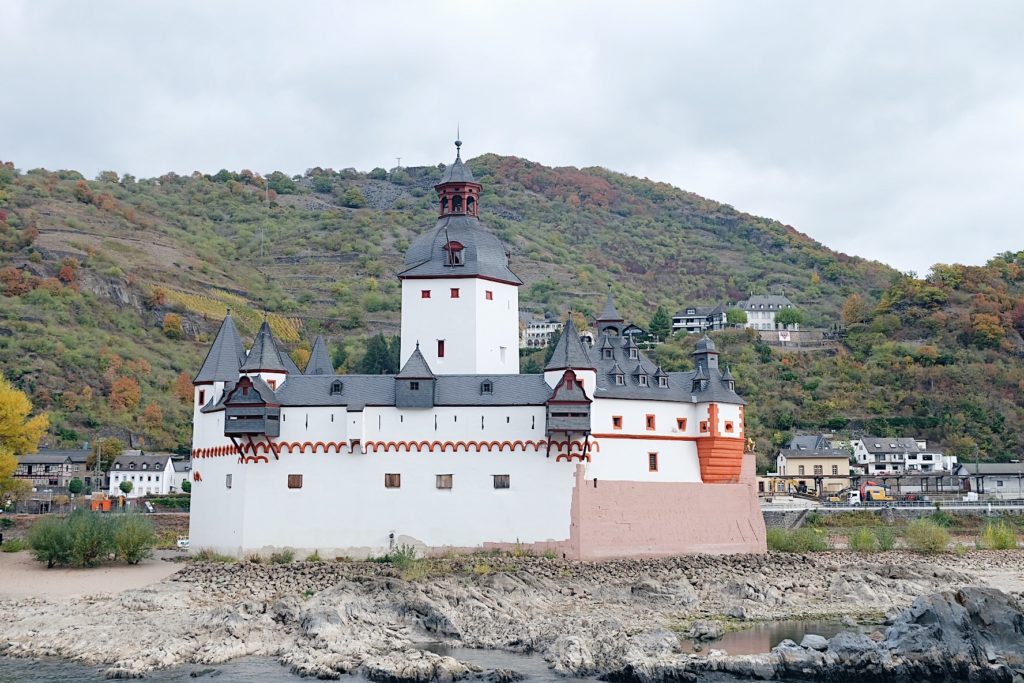 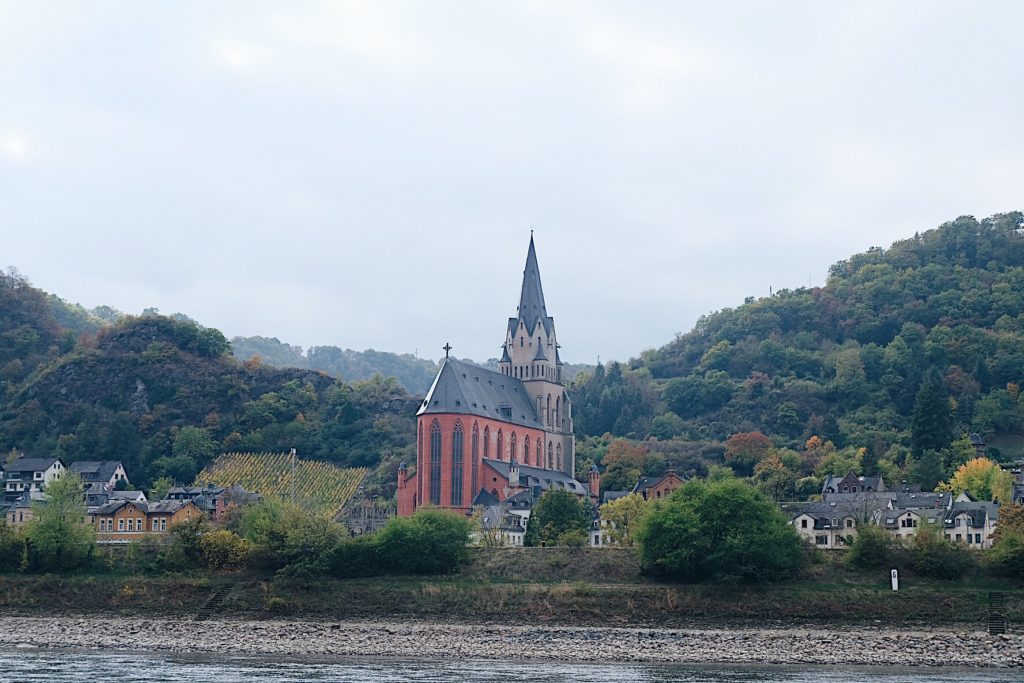 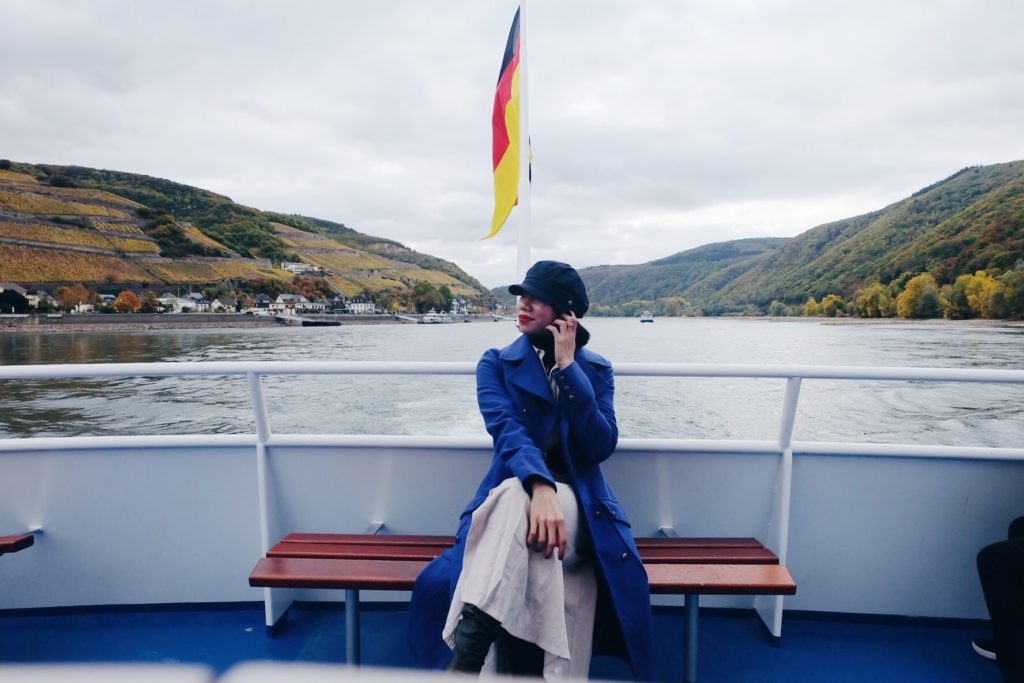 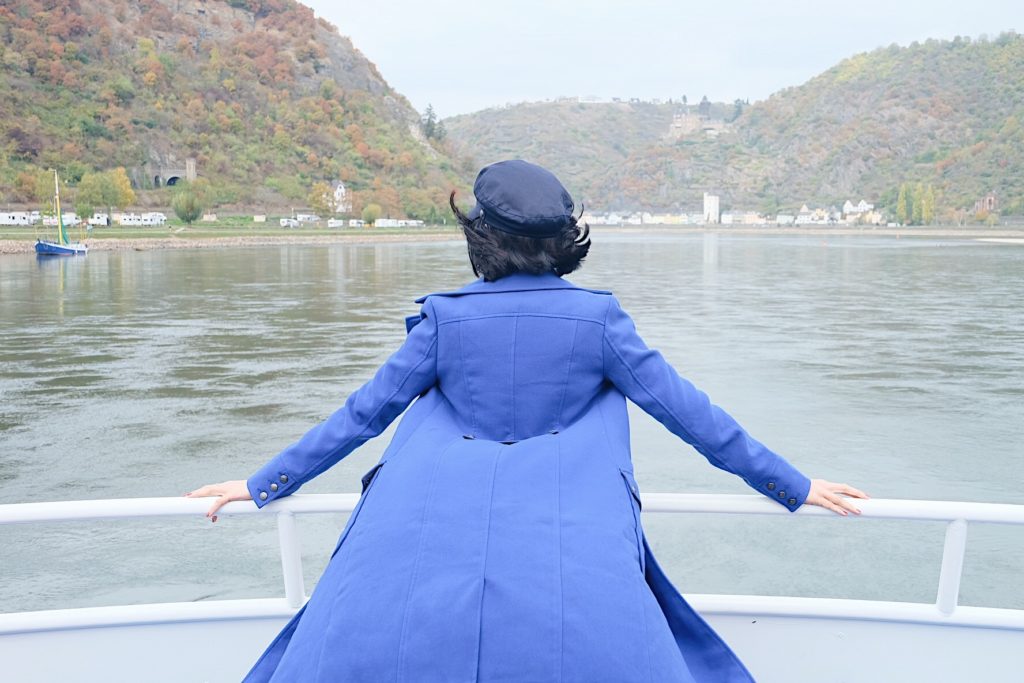 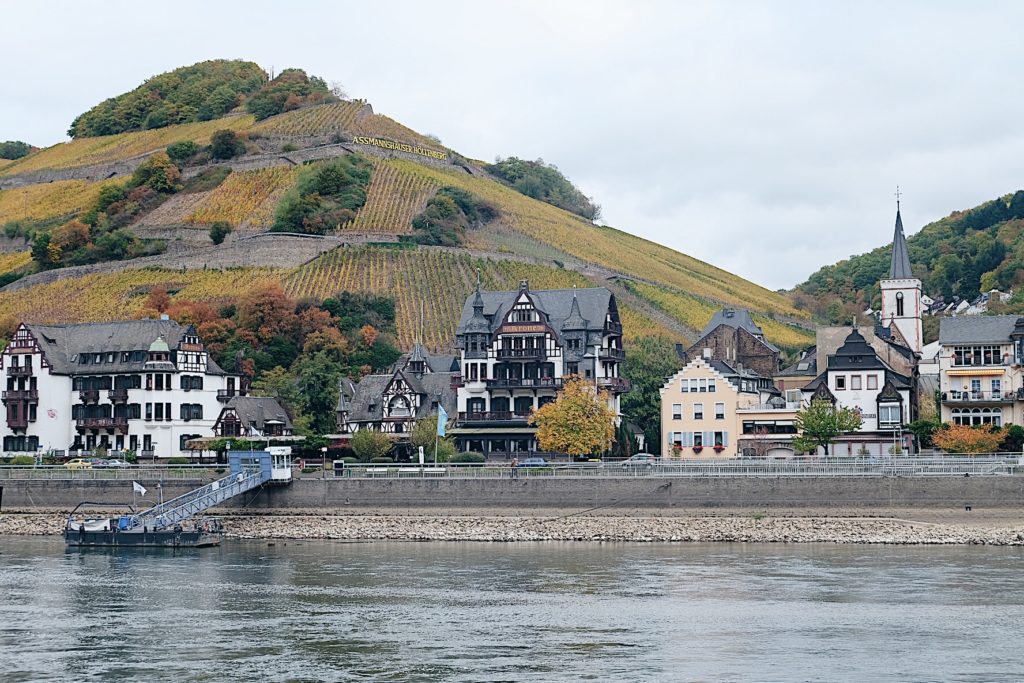 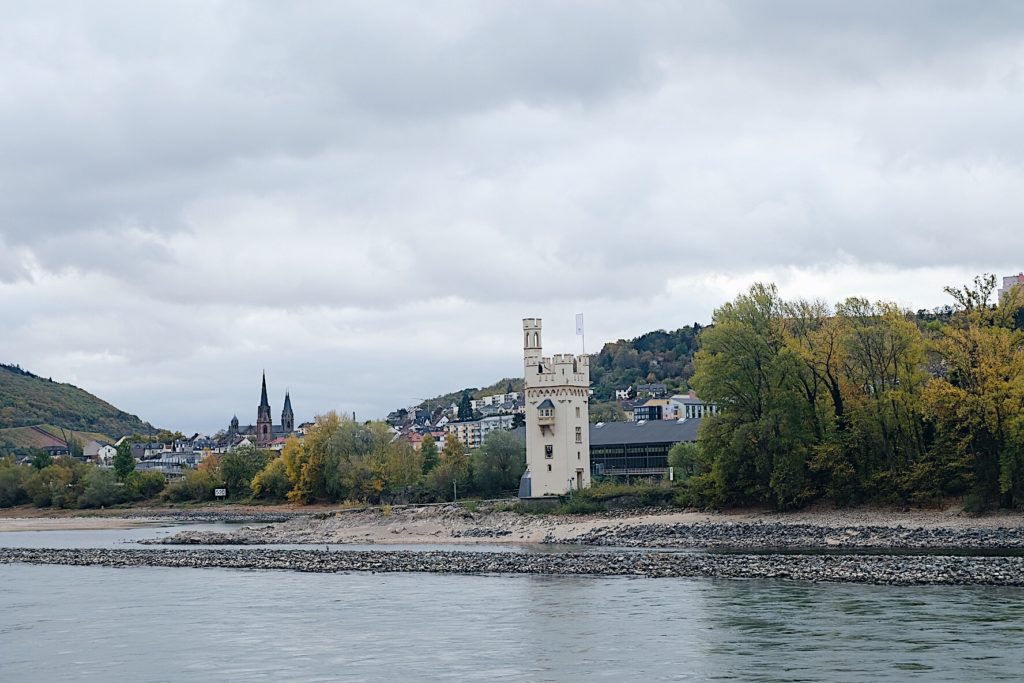 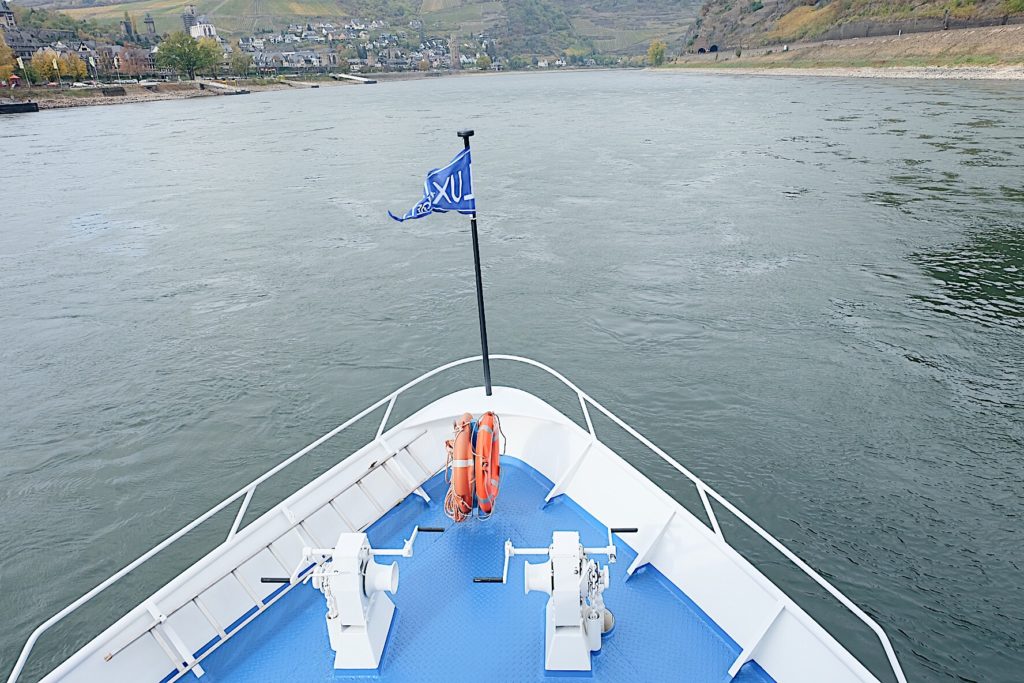 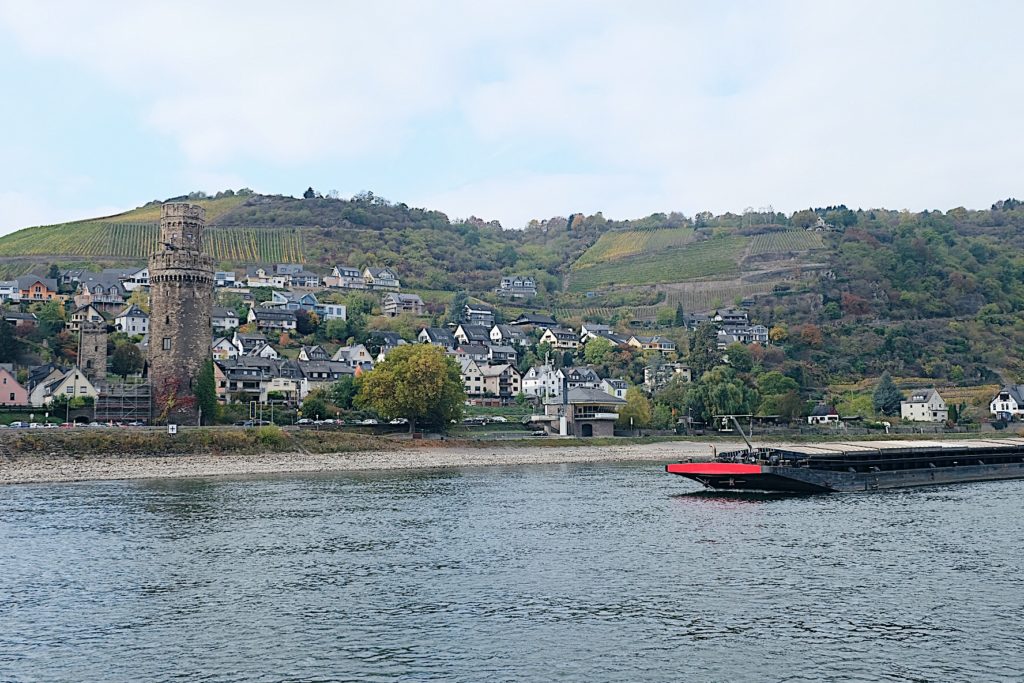 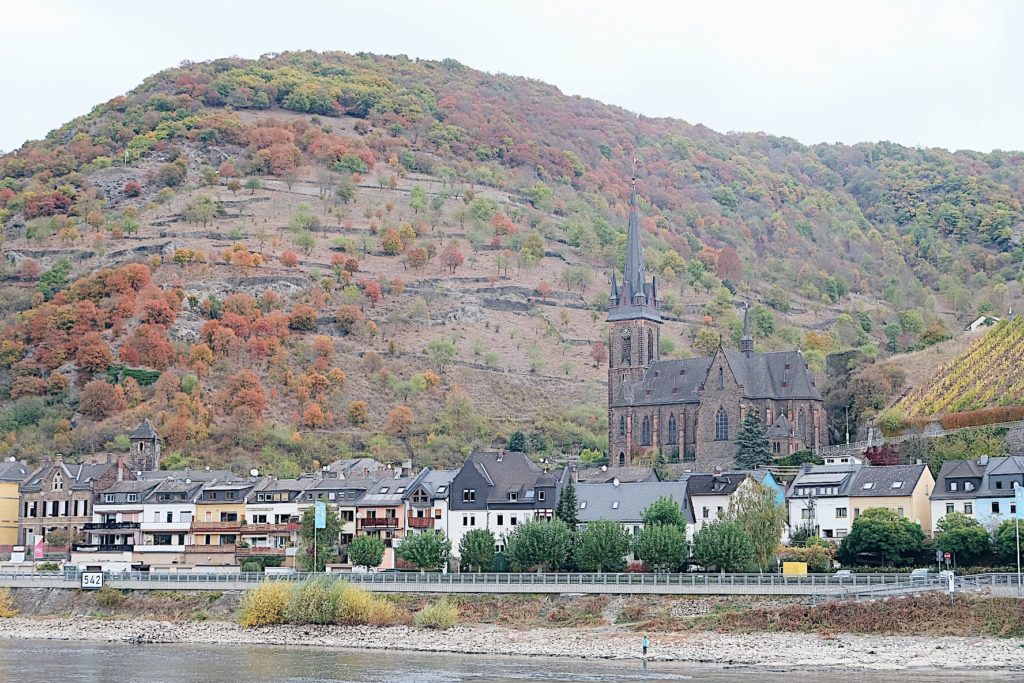 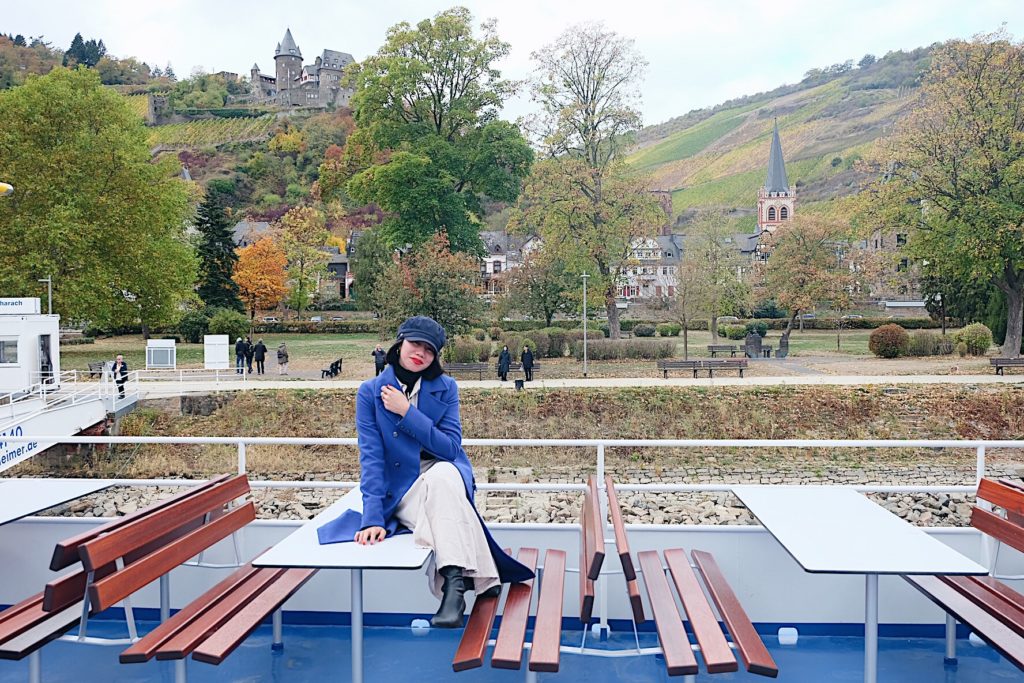