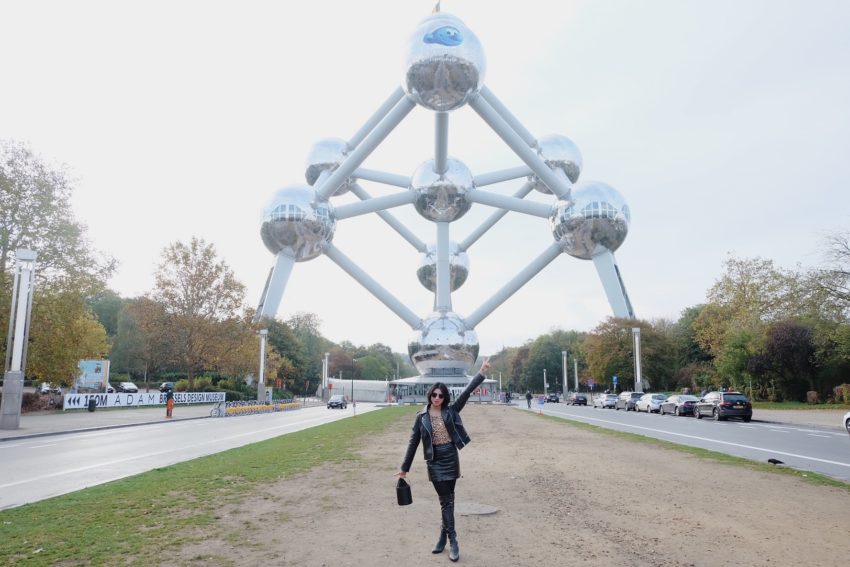 Whenever I imagine that I may have landed in Warsaw instead of Prague from Vienna (if not for a group of Filipinos I talked to in the train who told me we’re supposed to transfer to a different train in Breclav), I think of the advantage of joining group tours. Certainly, you’ll never get lost in group tours. That’s one of the advantages. While getting lost is sometimes part of the adventure, it doesn’t really apply to different European cities when you have to book another 4-hr journey ticket, right?

Then again, when I remember how I stumbled upon one of my must-see places in Vienna by coincidence (I was on my way to Naschmarkt but Google Maps was smart enough to tell me I won’t reach it in time when I got out of the metro so I walked around the area and I found that too familiar balcony made famous by the movie Before Sunrise) and it was exhilarating! So much feels that I literally stumbled (I know, so embarrassing! But I’m really a big fan of that movie) while briskly walking towards it (lol!) It’s almost as if you discovered the place yourself. Certainly, this feeling doesn’t come to group tours when you have an idea exactly where you’re going.

Last week, I raised a poll in my IG story where doing DIY won by a few percentages vs. joining group tours. I was pretty satisfied with the answer. As mentioned, in this Eurotrip, I was able to do both (50-50) with all the planning done by myself for the first few days of arriving until it got to the point of slight exhaustion that I look forward to handing over the planning of the day’s agenda  to someone else. But don’t get me wrong, I love the idea of planning itineraries but there are places in the Eurotrip that I certainly wouldn’t be able to do by my own because it’d be cheaper to join a group considering the access the cities – say for example, the Rhine River Cruise.

I apologize if you’re expecting that this will cover the pros and cons of both but my final verdict is to try to do a bit of both in your Eurotrip. One of the places where I got to do both though is Brussels. As mentioned, my two-way ticket is from Brussels and even if I know that my 8-day group tour will cover it, I still tried to wander around when I landed after leaving my luggage in a locker in the Central Station.

Many people dismiss Brussels in their Euro itinerary because of the relatively few attractions available in the city as compared to others. But it being the second European city I’ve seen after Paris, I was really amazed at the Grand Place and its two prominent buildings in particular – The City Town Hall with its imposing spire and the Museum of the City of Brussels. Oh and it’s a UNESCO World Heritage Site too. As what I will later find out, squares like this are pretty common in Europe and had got me wondering why we never have something like it in Manila. *sigh*

I’d like to ramble more about the squares but I don’t like long posts so another one of Brussels’ landmark shown below is The Atomium. It’s like their later version of Eiffel tower as it was also built for a World Expo in 1958 but it’s rather geeky as you can deduce from the name itself. It’s a bit way out of the city so I was glad that it was part of the tour’s IT. But it’s a pretty cool structure though and I think it’d be awesome getting into one of the spheres and seeing a panoramic view of the city.

My verdict for Brussels is to simply DIY it. And perhaps stay for the night to see the lights in Grand Place and the illumination of Atomium as they’re both something I wasn’t able to do. But there’s another place in Belgium that’s perhaps worth visiting more than Brussels – it’s Bruges. I’ll talk about it next. 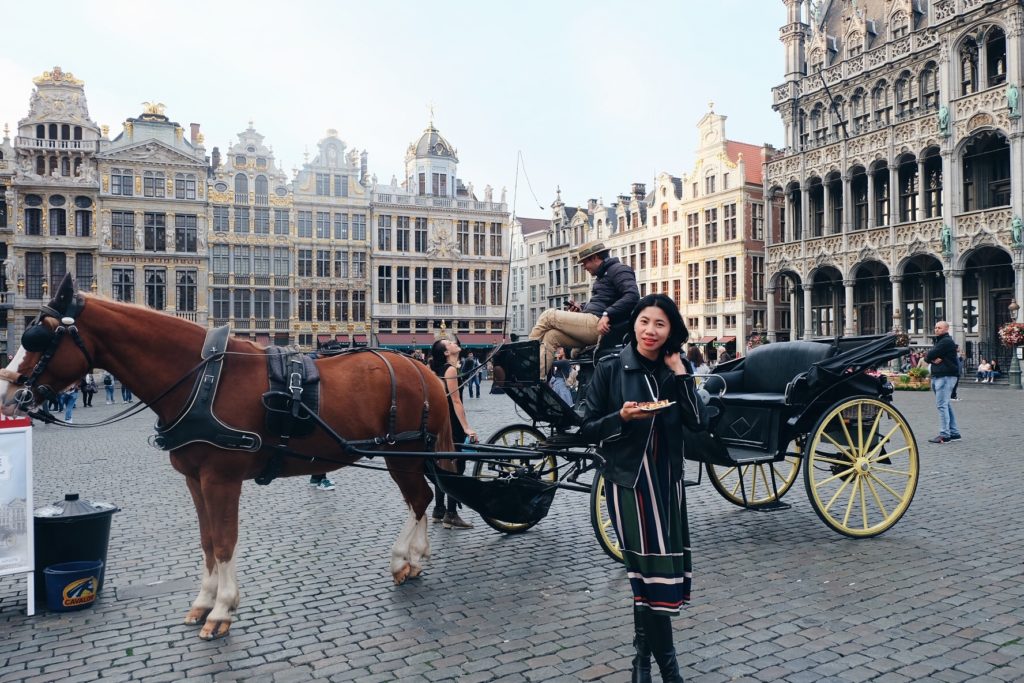 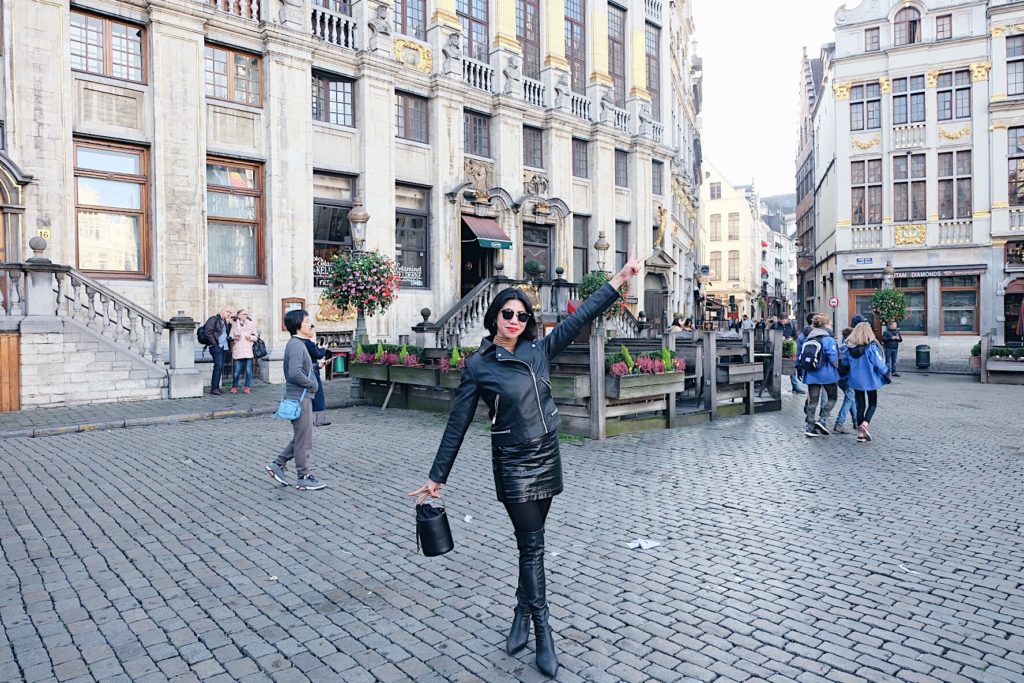 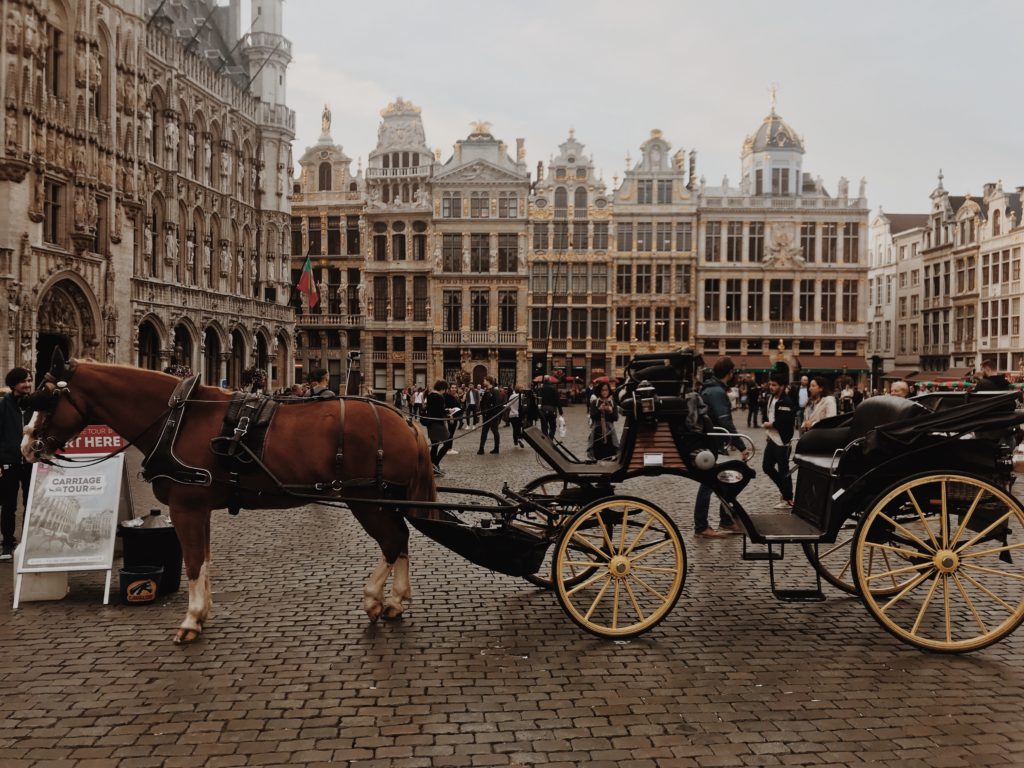