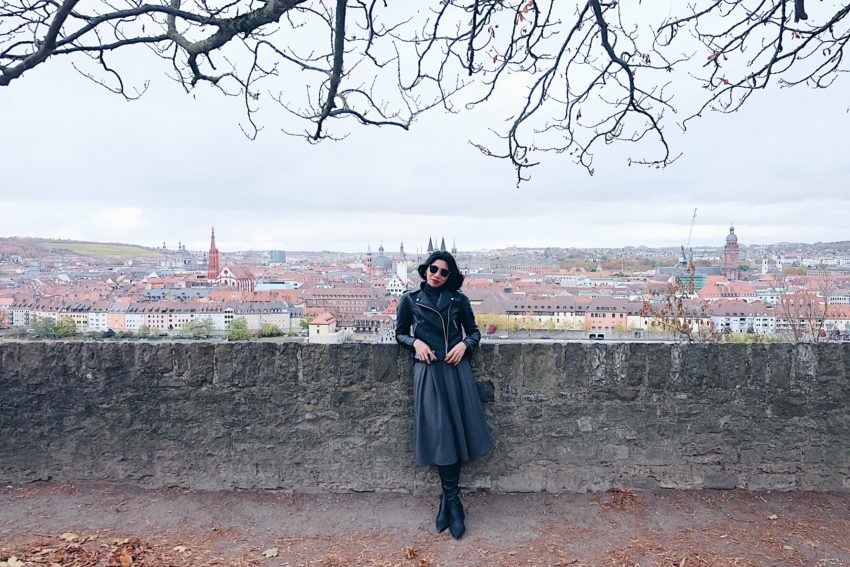 When I posted pictures in this city in Germany, I got a message from a Facebook friend (a co-hostel dweller last year in Paris) asking how I enjoyed the place. It turns out that he stayed here for his university degree. That this place is a university town is something that was not mentioned during the tour. But during the tour, there were two words used interchangeably the whole time that was leaving me quite confused – Bavaria and Franconia. 🤔 So let’s get that mystery solved then.

Würzburg is the capital of lower Franconia in north-western Bavaria. I probably missed the guide talking about Bavaria as one of the states in Germany (and the largest one at that) but with that out of the way the only question is, what is Franconia? Is that a place? To simplify, Franconia is a region of northern Bavaria, which was formerly a separate duchy of the Holy Roman Empire. Culturally, Franconians identify themselves as being different from Bavarians. Even when it comes to dialect. Regarding this differentiation as mentioned here and the insistence of creating a separate identity since the 1500s , I just had to ask my Berlin-based journalist friend and this is what he told me via Whatsapp, “historically it was its own thing and bigger, but these days it’s local pride pretty much”. That sort of validates what I have deduced from different articles.

I’ll be highlighting three must-sees from the tour because that’s all that was afforded by the time given to us to explore. I could easily skip a late lunch just to see some more but it would be unfair to a newly made friend named Abdullah (he’s from Dubai and was with me in the tour) who’s responsible for my photos. I mean, this region is popular for their wine and I didn’t even get to try it. 🤦‍♀️ That’s how short the stay was.

From where our tour bus parked, we passed through the Alstadt’s (Old Town) car-free pedestrian zone ignoring all the yummy würsts (sausages) calling to our hungry stomachs just so we can try to see more of the city. We then reached this old bridge across the Main River that is architecturally similar to the one we saw in Prague where we started our multi-city tour. It is also adorned with statues and saints and dates back from the 16th century. Würzburg is a city that straddles the Main river, a tributary of the Rhine. Pictured below is one side of the bridge with a view of the Old Town and the usual recommended place for sampling the Franconian wine on the left while taking in the view of the vineyards and the towering Marienberg Fortress that is located on the other side. You’ll see it from a panoramic view below. 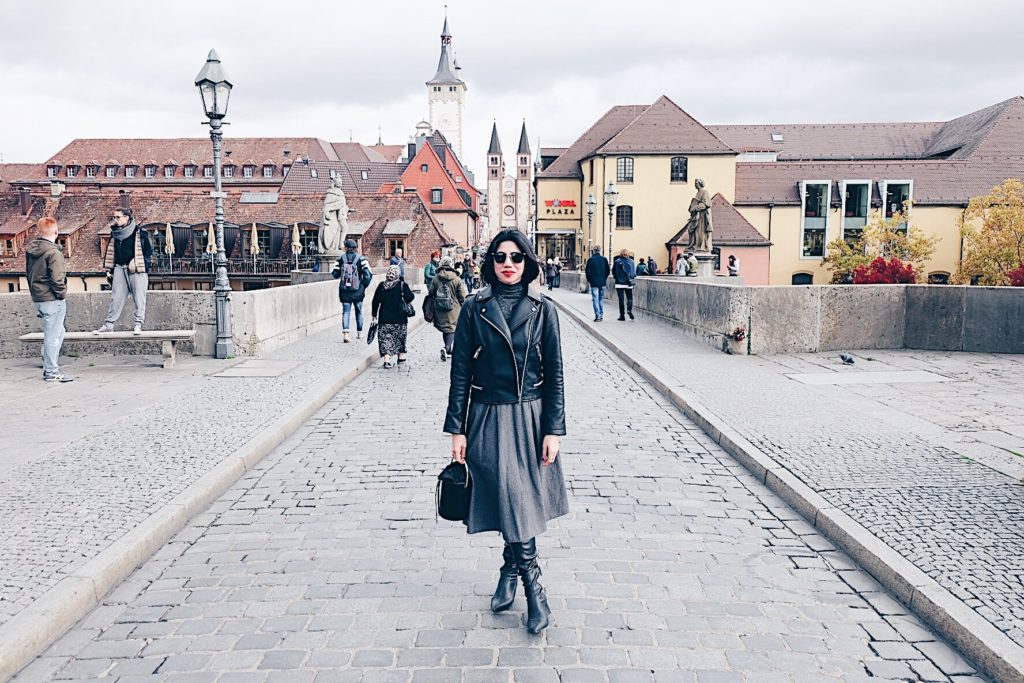 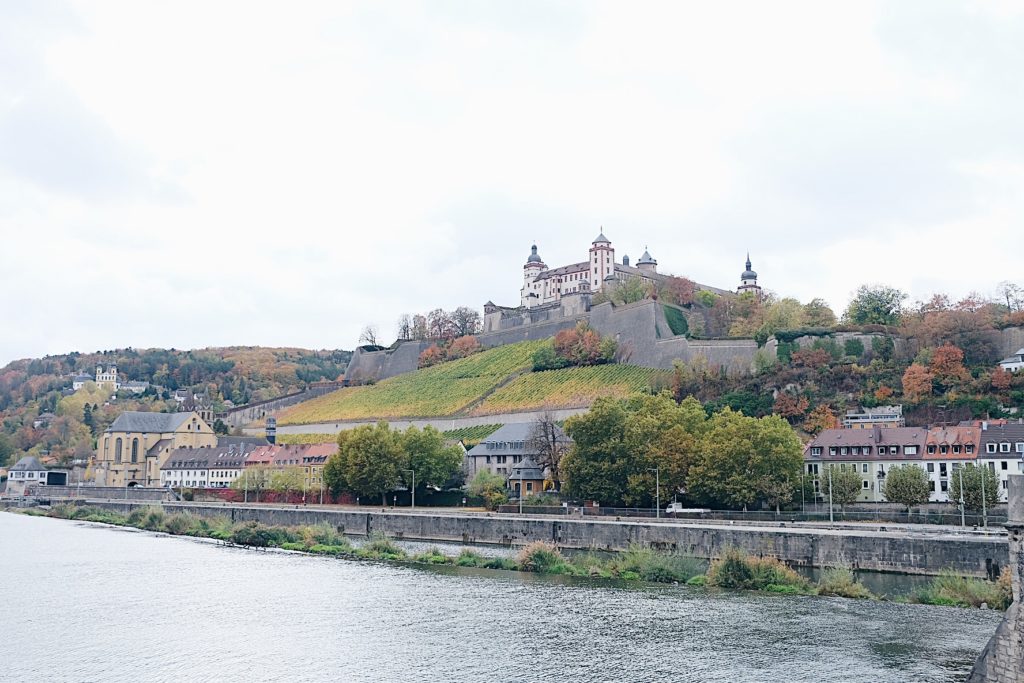 We walked ‘til the end of the bridge and took a pleasant uphill trail to the fortress just to take in a panoramic view of the city. As a city that used to be home of prince-bishops, the fortress is essentially a castle and a church. It was penetrated and destroyed during WWII and has been restored. If you have more time, you can check out the two Franconian museums that are housed here. In my case, I just enjoyed frolicking in the autumn leaves. 🍁😅 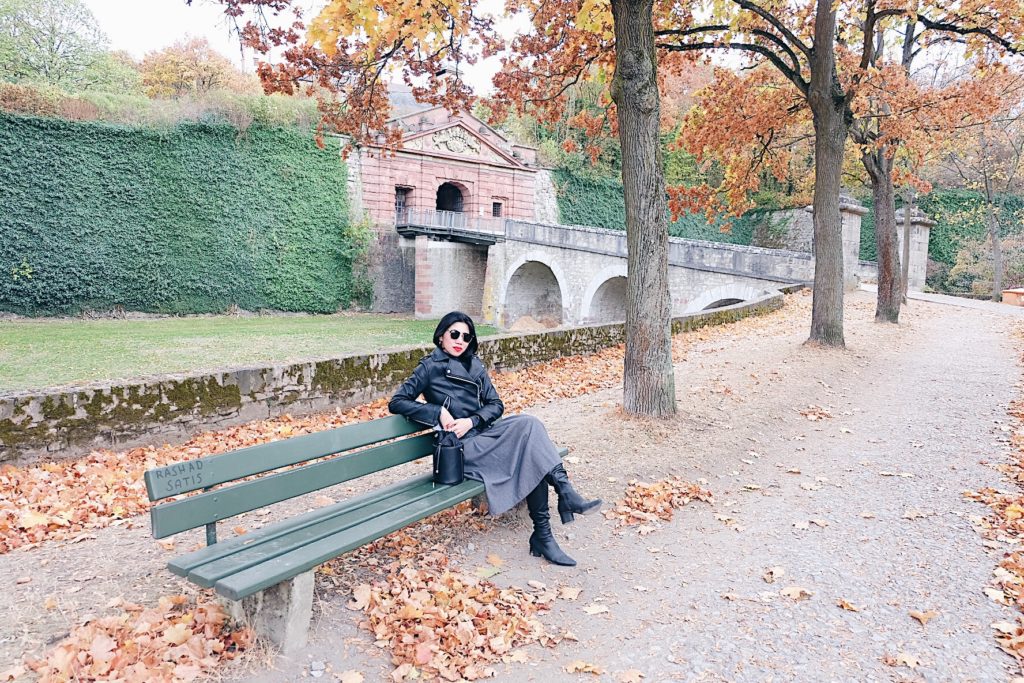 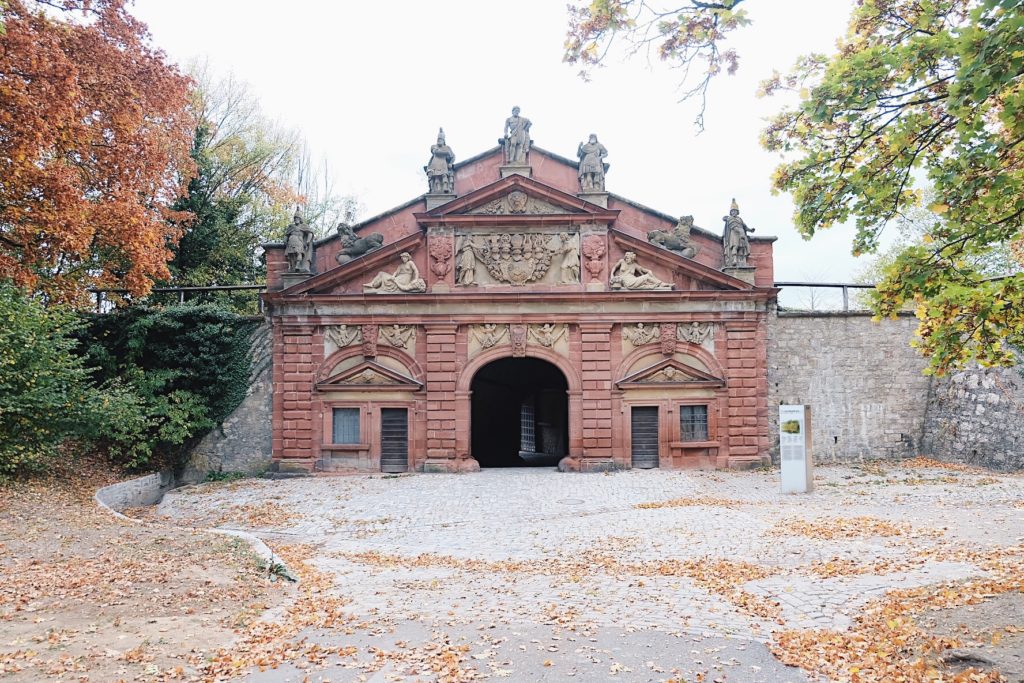 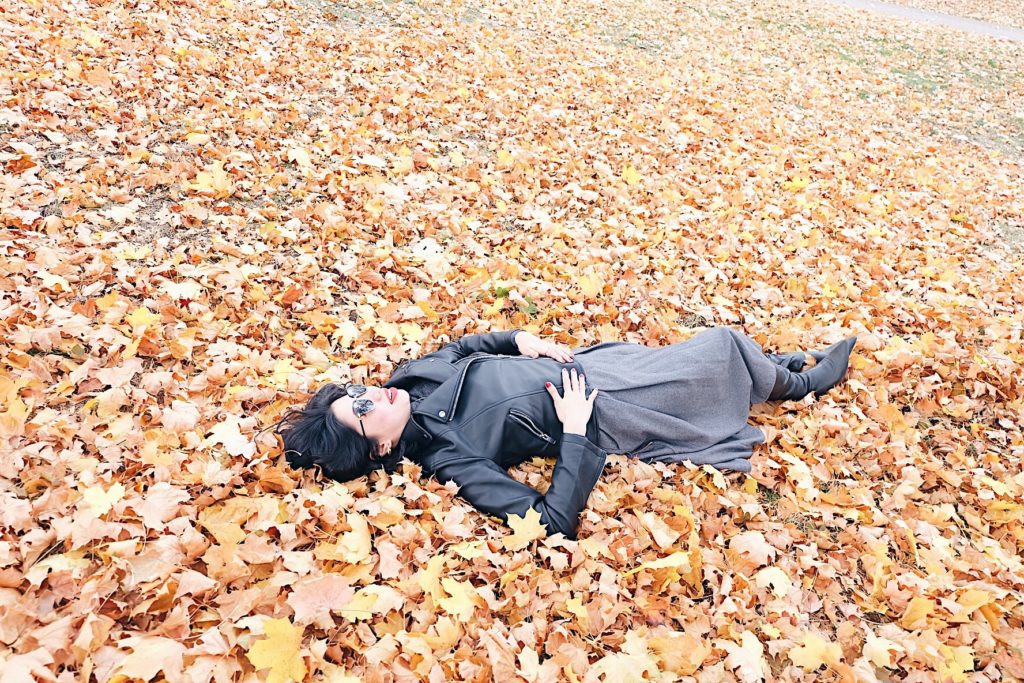 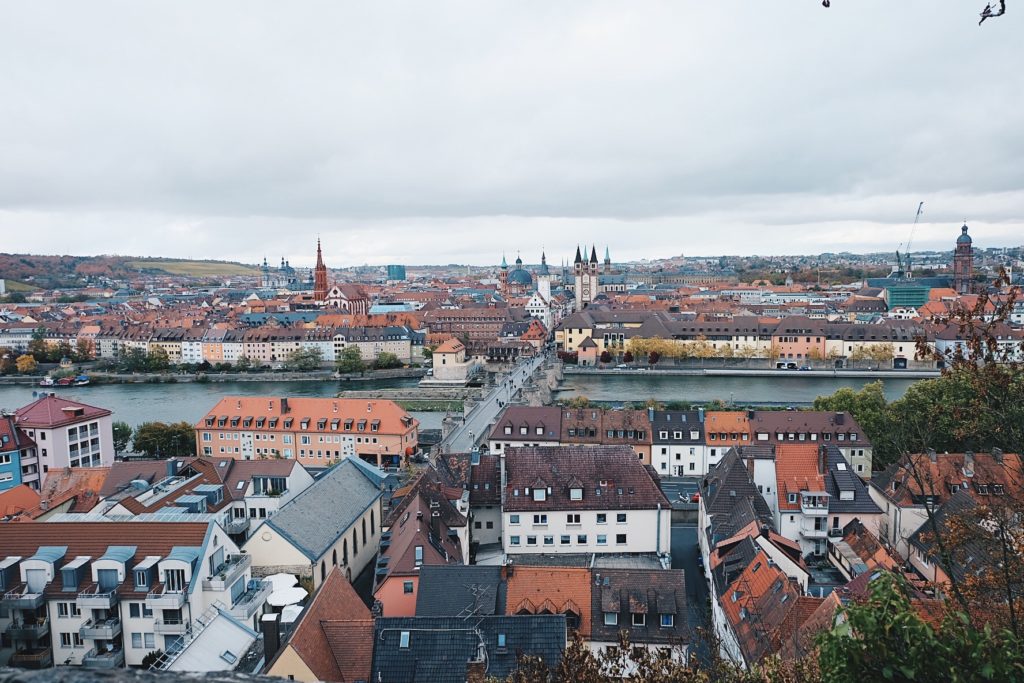 A UNESCO-listed heritage site, one of Germany’s most important and baroque places and probably my biggest regret in this place.  A grand complex that has 360 rooms with a jaw-dropping staircase (as seen in the pictures in the web) and the world’s largest fresco, this palace was built for a prince-bishop in the 1720s. We were actually parked close to this structure, one of Germany’s most important and beautiful baroque places, but for some reason managed to skip it. The pic below shows the facade of the Residenz with the Court of Honor. I may have not entered the place but I did a virtual tour through this site. Hehe. 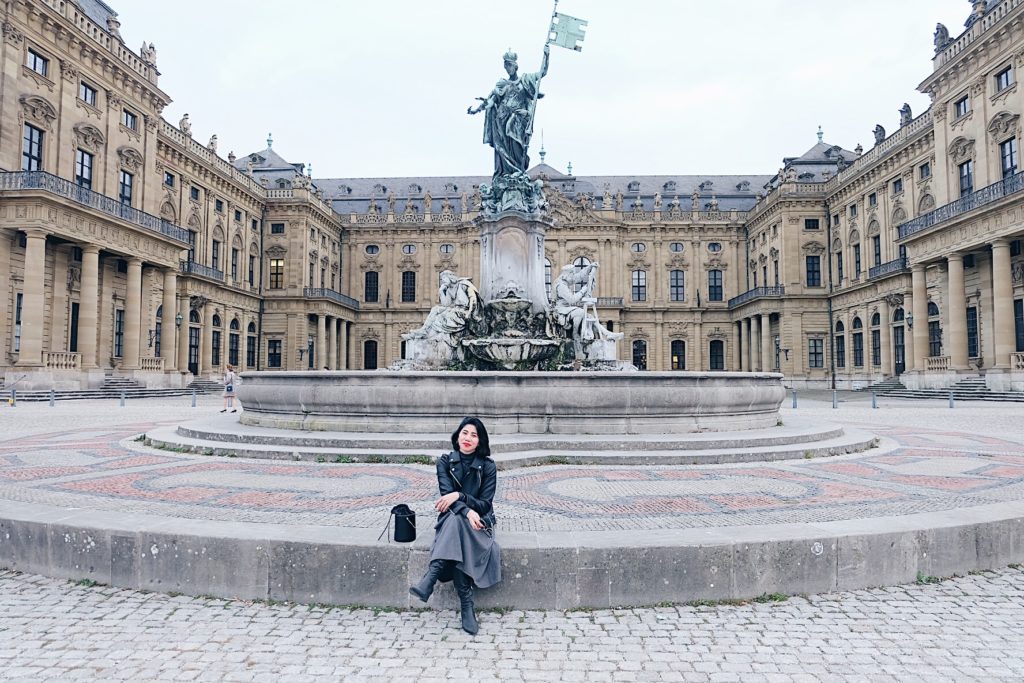 Addendum: I booked my tour via Europamundo but as per checking with some friends who also did European multi-city coach tours from different website/ travel agency, there really exists that disadvantage of limited time spent in each destination. In Germany, we stopped at Lauf an de Pegnitz (another picturesque Bavarian village) in the morning before Würzburg, also Frankfurt and Cologne but merely just for breakfast or dinner with little to no time to explore at all. It was even raining in Lauf when we reached it so we just basically stayed indoors. As always, it is best to travel at your own pace (but unfortunately not all of us have the luxury of time for that right) but if the goal is to just have a quick overview of the city then these tours might just work for you.😉