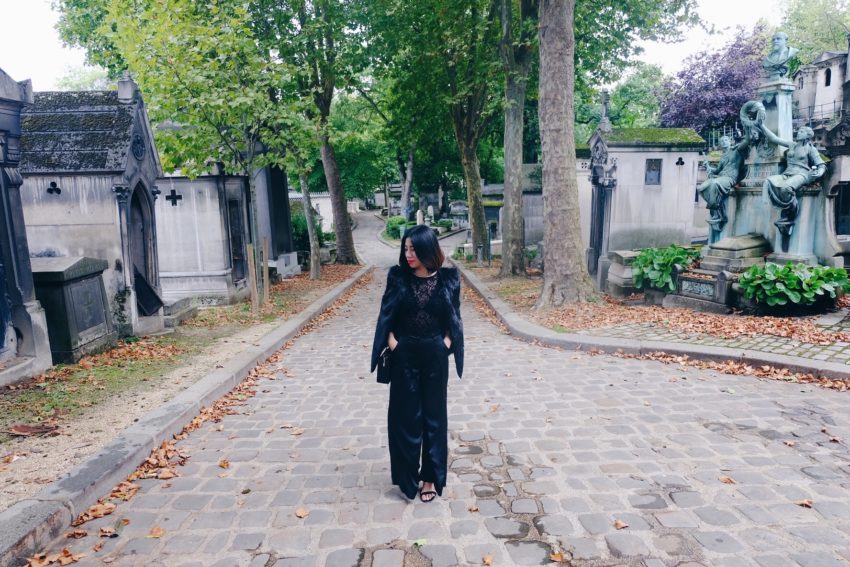 On my own I wouldn’t probably include a trip to a cemetery in my itinerary (on my first weekend in Paris nonetheless!) but my French friend Guill thought this was a good idea and so that Saturday we went to Père Lachaise cemetery in the 20th arrondissement. And it’s safe to say, it’s the first time ever that I was able to appreciate a graveyard.

It is located up on a hill and upon entering I was immediately impressed by its tree-lined paths and cobblestone walkways (made me regret my footwear choice though). Even more impressive though are the sophisticated mausoleums and the different architectural styles that adorn not only of the celebrities but of the “common” Parisians buried here. As one of the most visited cemeteries in the world, some of the famous personalities and the most visited ones here include James Morrison, Oscar Wilde and Edith Piaf (La Vie En Rose).

As it is the largest cemetery in Paris, it can be quite a labyrinth going around here. Maps are provided in the main entrance but we went through another one. I realized that this is a good way to learn about French history/ culture when you look up the names in the gravestone if you’re not up on that side like me. My friend also shared about the war and such. History junkie or not, there’s no way you wouldn’t be able to appreciate this serene garden/ a museum of ornate graves in the city of Paris. We spent about two hours strolling there and at some point in the afternoon, it rained and it was even more hauntingly beautiful after.

If you’re interested in hiring a local guide in Paris especially in this cemetery, I am recommending Hi, hi. You can choose your own guide based on their expertise, reviews and the rates provided for. You can check out the website here. 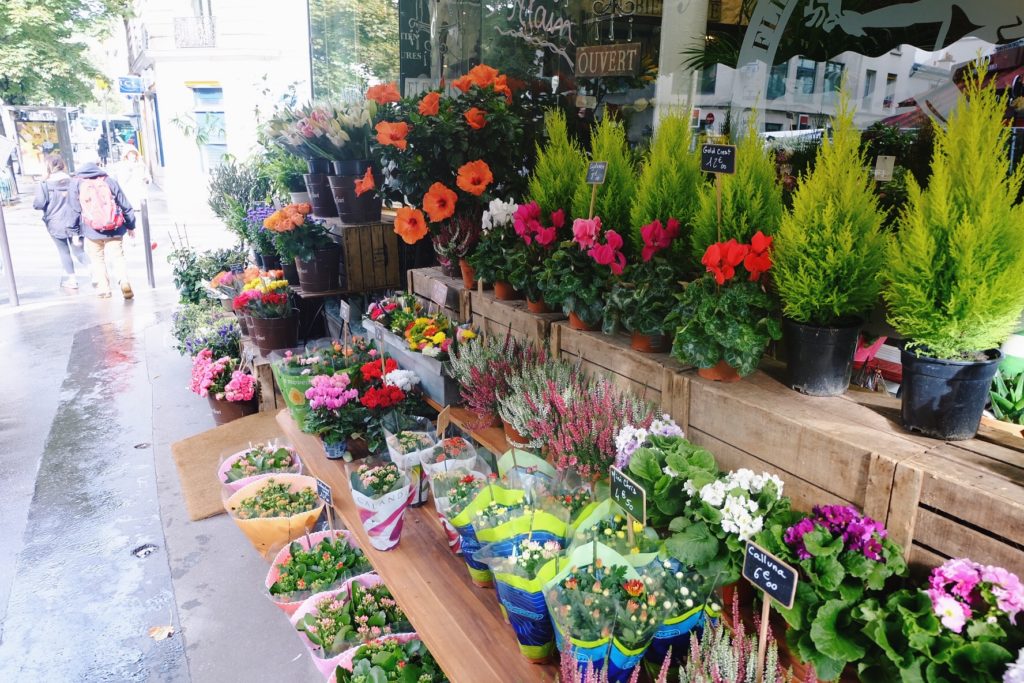 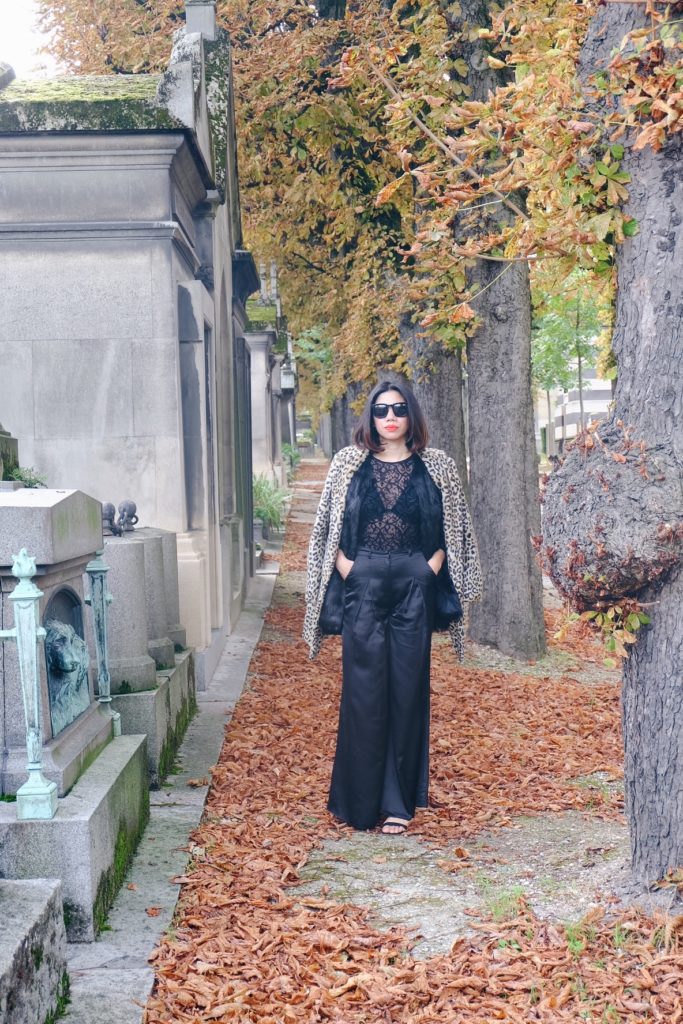 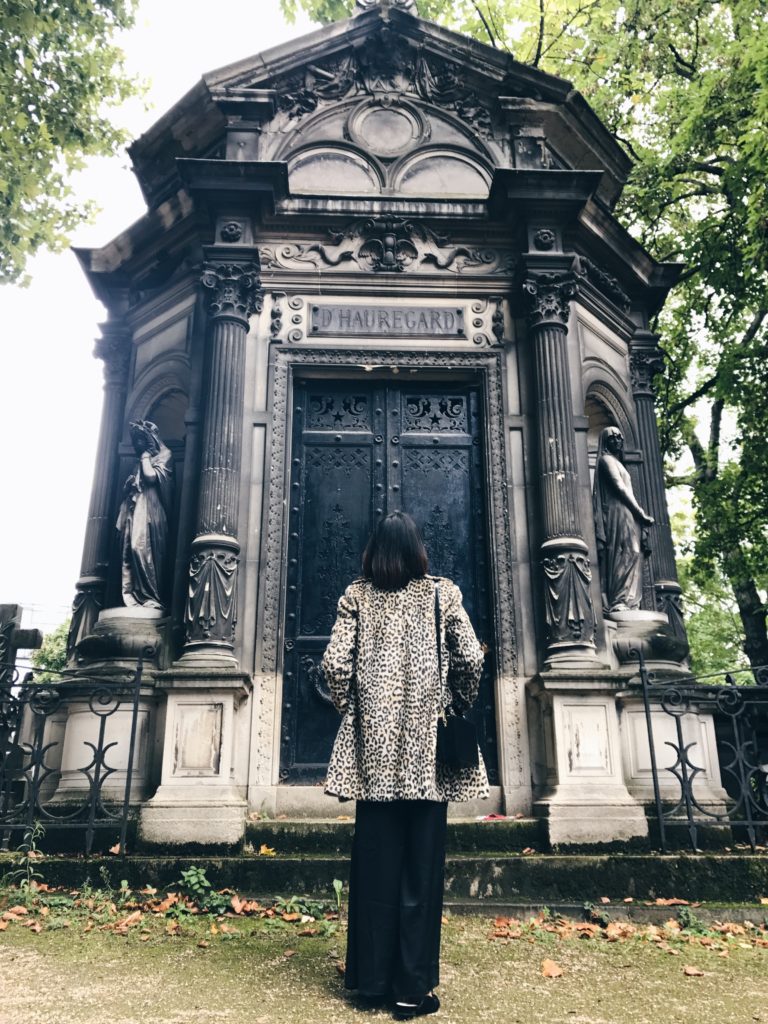 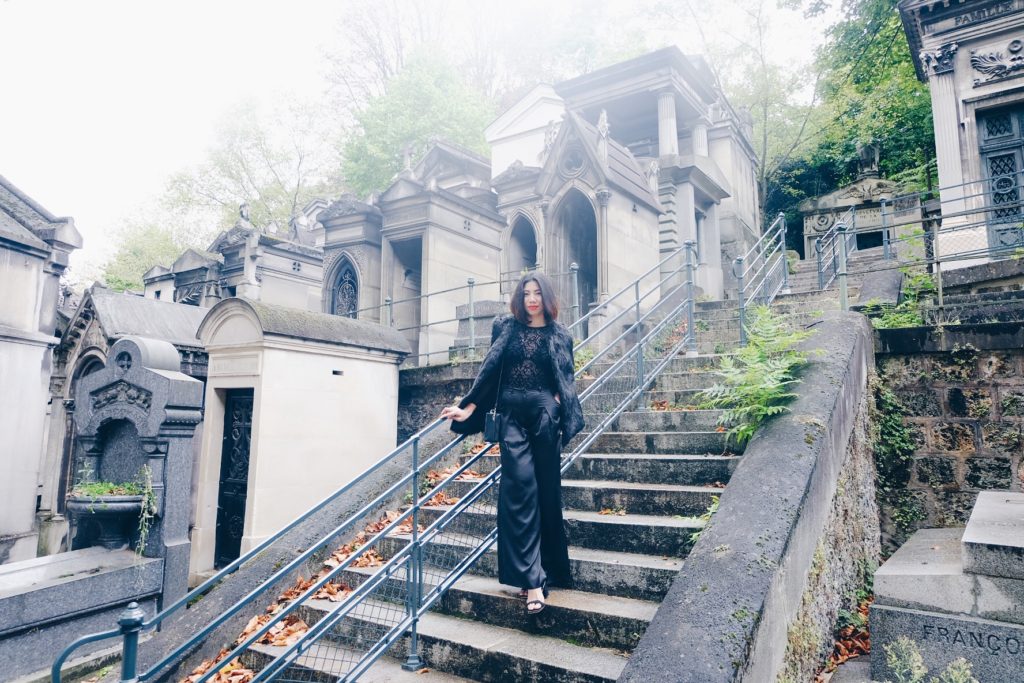 As my Malaysian artist friend put it, in Paris there’s beauty everywhere even in a cemetery as mentioned above. But unbeknownst to many, deep beneath it there lies a labyrinth of ancient tunnels and mass graves known as the Catacombs. I first heard about this attraction from the Mexican friends I met in my hostel in 2017 but was only able to visit it when I was back last October. It took me and a Canada-based Filipino friend from my hostel, Christian TWO hours to get in so I strongly suggest you purchase the tickets ahead online.

The story behind this vast ossuary is that in the 17th century, the cemeteries of Paris were full to bursting and was becoming a public health concern because of their proximity to some neighbourhood. It was only until a collapse of a cemetery wall when it was decided that they needed a place out of the city for the corpses. The solution was found through these tunnels five stories undergrounds the streets of Paris built during the 13th century. The Catacombs is basically a museum with mountain of unwanted bones that have been neatly stacked into the corridors and some are even arranged into patterns.

The network is around 250 km of underground tunnels containing about skeletons of 6million people. 💀 Take note though that a little more than 2 km is only open for visitors and takes about 45 mins to explore. 🤔 Stories about illegal access for partygoers (underground pool parties, anyone?) and cataphiles (who illegally tour the Mines of Paris) make this underground tunnel more interesting. If you’re the adventurous/ thrill-seeker type though, you can probably find a cataphile and do your own exploration? Let me know as I’m also curious. 😅 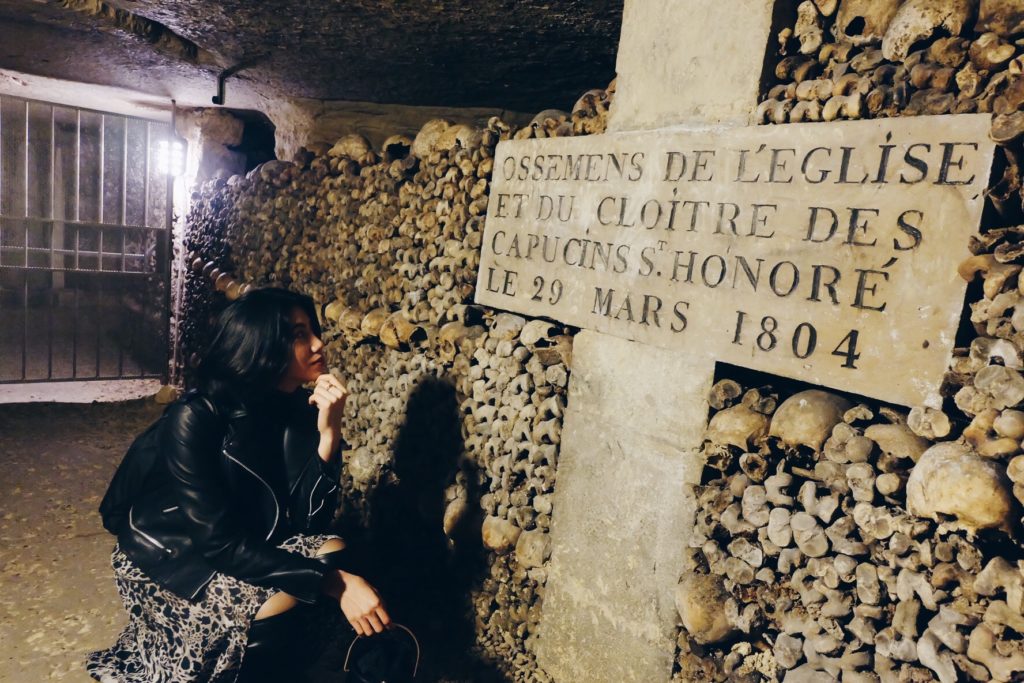