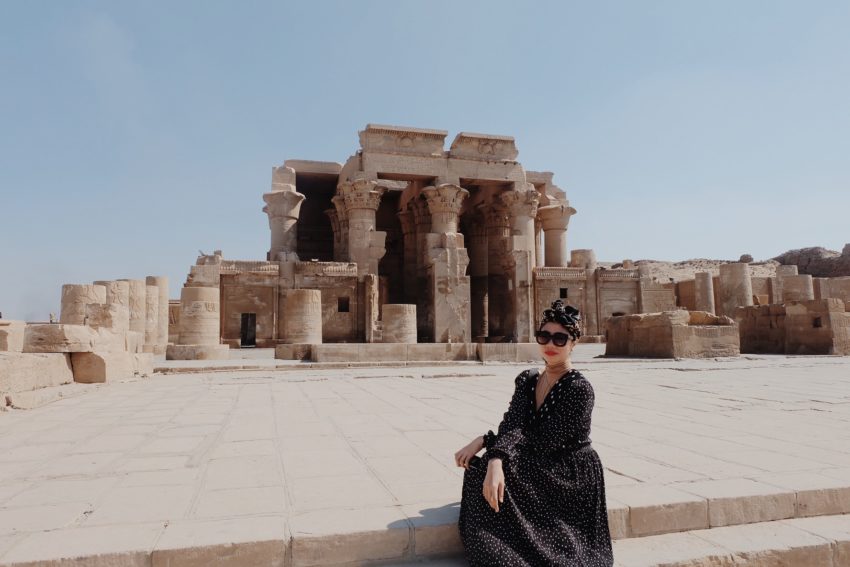 If ever Wes Anderson, master of visual storytelling, was to pick a temple in Egypt, Kom ombo would no doubt be the winner. Situated on a promontory on the banks of the Nile built to overlook the river, this Ptolemaic temple would pass the director’s knack for symmetry. It has two each of the traditional components of religious structures: two entrances, two courts, two colonnades, two Hypostyle halls and two sanctuaries, one side for each of the two gods that this temple was dedicated for – Horus and Sobek (represented by falcon and crocodile respectively). What makes this double temple unique is that everything is perfectly symmetrical on the main axis.

The promontory is located 45km north of the city of Aswan and we made a visit right after our overnight camping (hence the bandana) that was our last morning in the city moving on to Luxor. It was a refreshing and breezy visit as it was less inundated with tourists. If not visiting with a tour guide, check out the carvings somewhere on the left hand corner of the back wall as it gives details of some medical and surgical instruments used back then. Check out also the Nilometer somewhere on the left that’s used to measure the height of the river for flooding and the crocodile museum that’s included in the ticket. There’s a cafe downstairs for some refreshments with a view of the Nile river.

Kom Ombo and the temple below Dendara though Egyptian style temples in construction were both built during the reign of the Ptolemies in Egypt, a dynasty that took over the country for 300 years. These rulers embraced Egyptian traditions to gain the natives’ recognition and them referring themselves as successor of pharaohs is often depicted in these temples. Fact: All male rulers of the dynasty took the name “Ptolemy”, while princesses and queens preferred the names Cleopatra and Berenice. 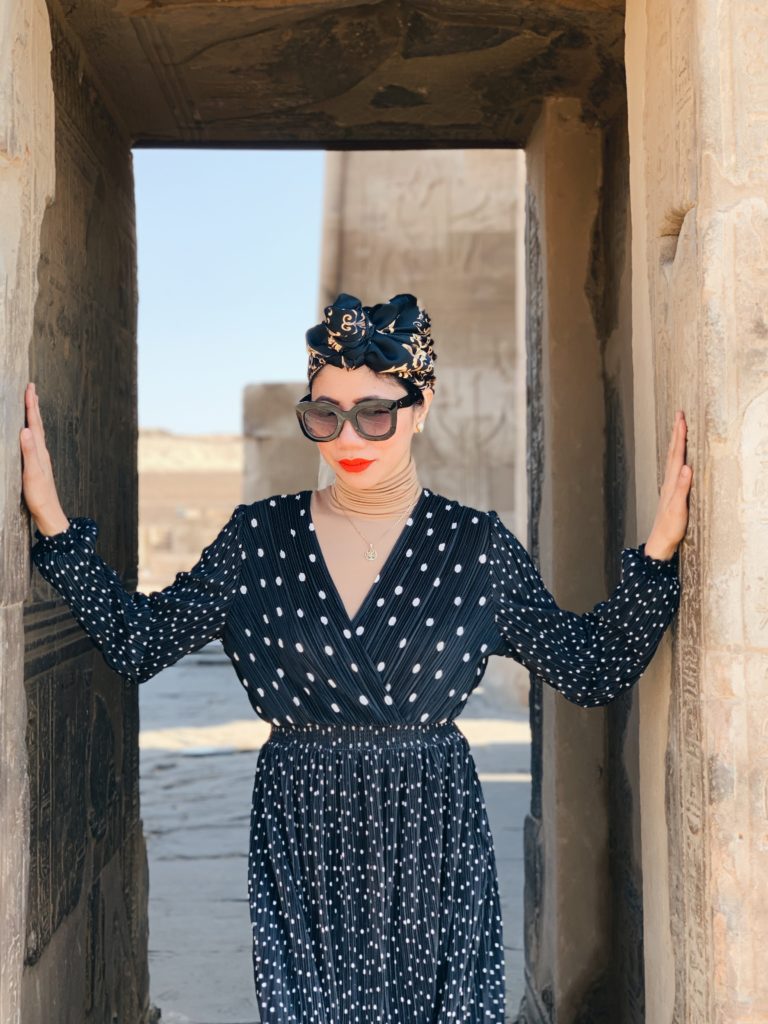 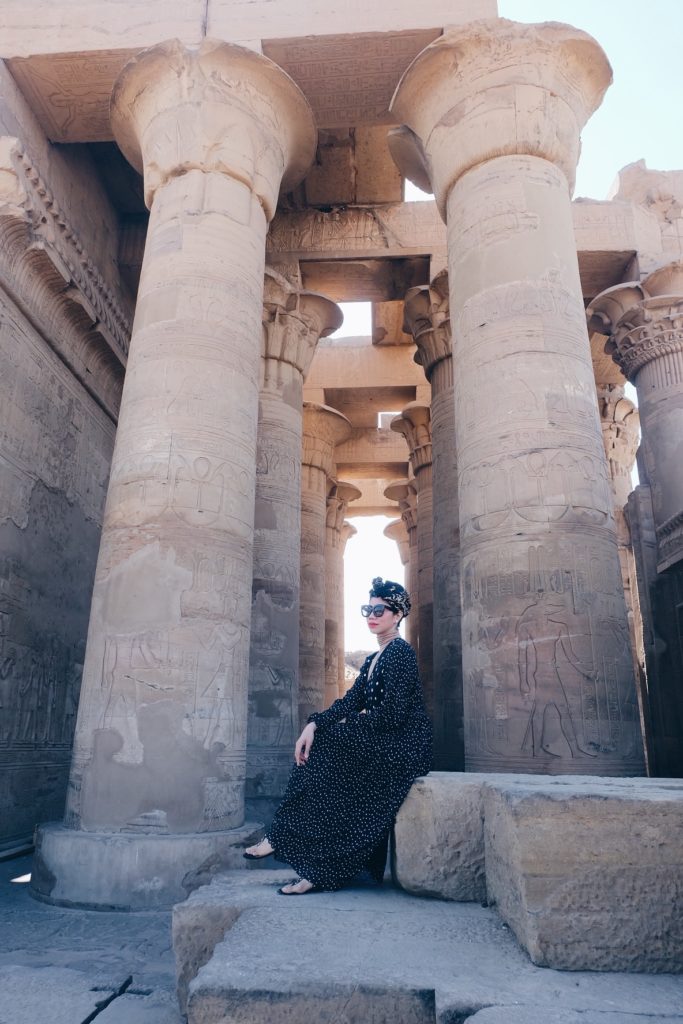 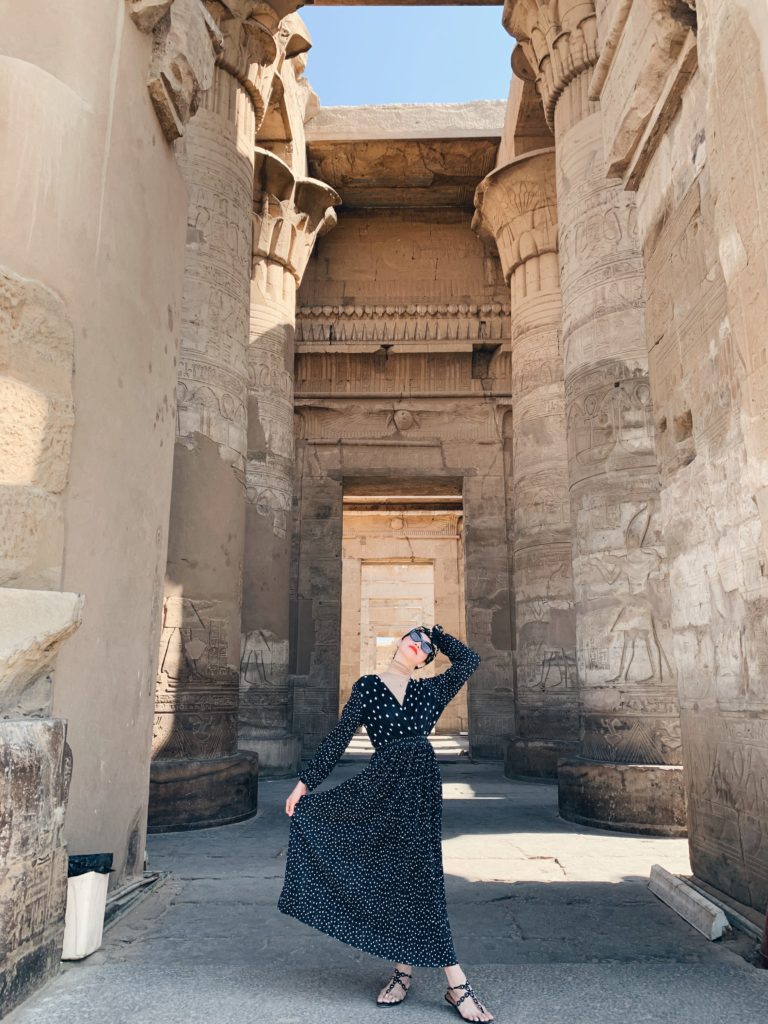 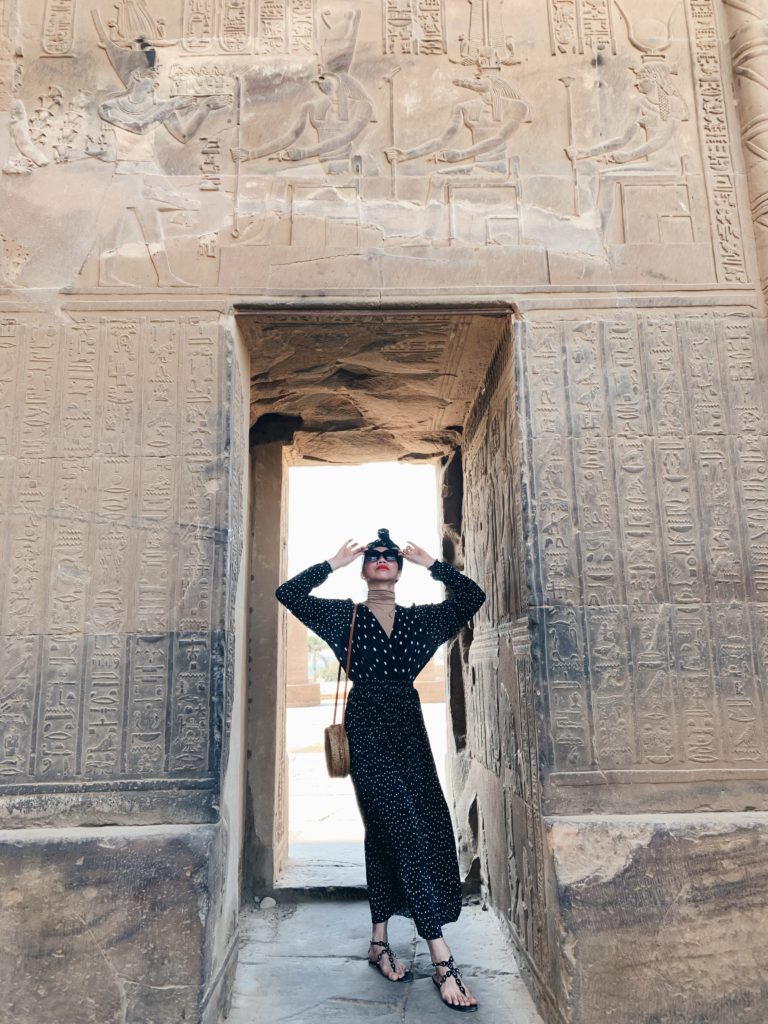 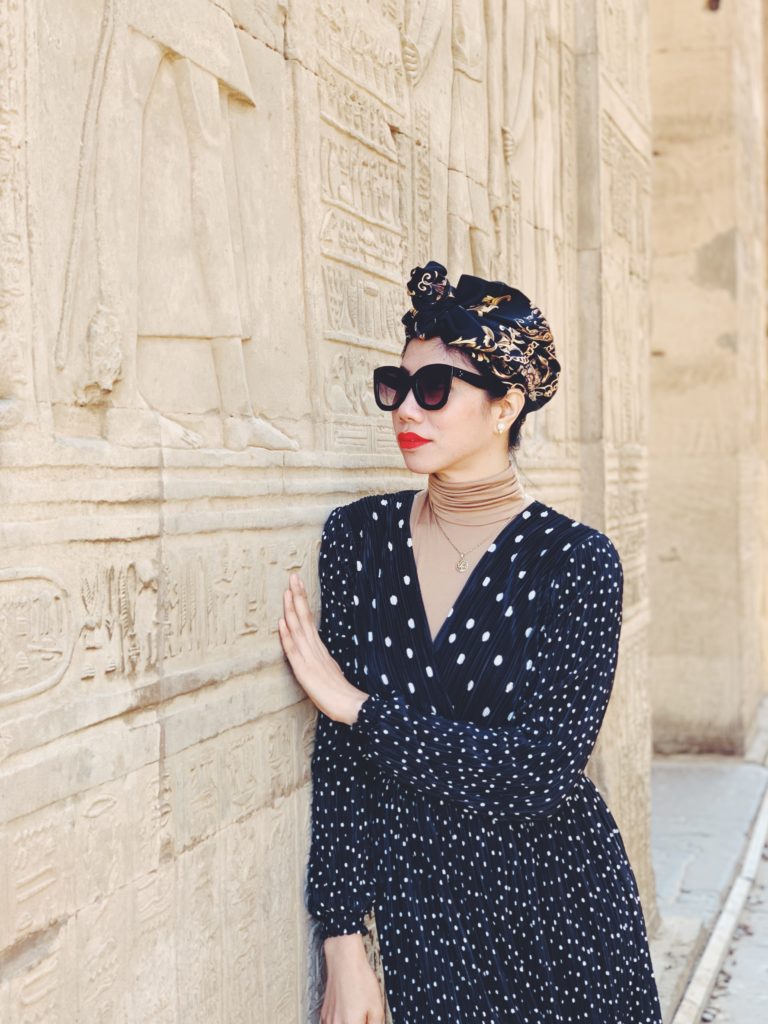 In a true save the best for last fashion, just as I was getting tired of the yellow and gray carvings and hieroglyphs of the temples (trust me they’re all great but I want the colors!), our fifth day took us to Luxor and our Egyptologist proposed that we see Dendara temple in Qena instead of Edfu. It wasn’t in the itinerary but such is our trust to our guide that we acquiesced to his proposal. And I was glad we did.

Dendara is one of the most incredibly preserved temples Egypt has. One look at the bluish ceilings of the Hypostyle halls with dwarfing columns adorned with Hathor’s head is truly worth it. There’s quite nothing like intact temples like this to give you that ancient temple feels. Plus, it’s also one of those off the beaten track temples so we were the only visitors when we reached it. My favourite part would be the twisting stairways that are carved with hierogylphs depicting a procession during the New Year’s Festival. A lot of valuable details can be found on this temple which gives insight on the reign of the Ptolemies and Romans in Egypt and should truly not be missed if it is not included in your itinerary. 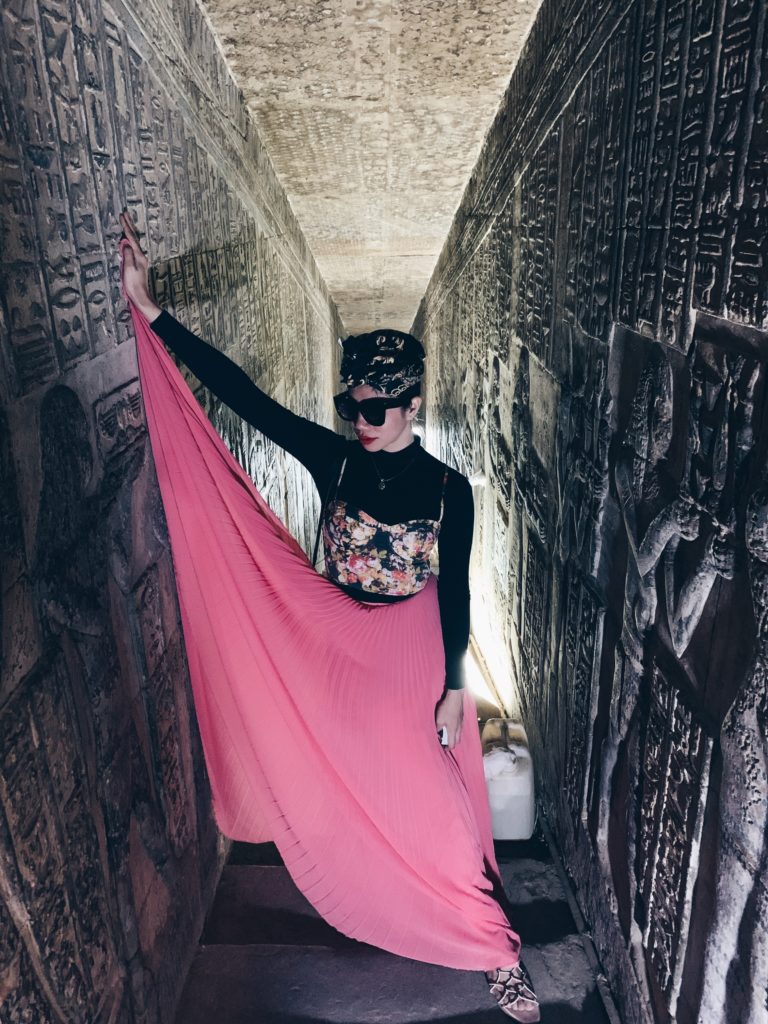 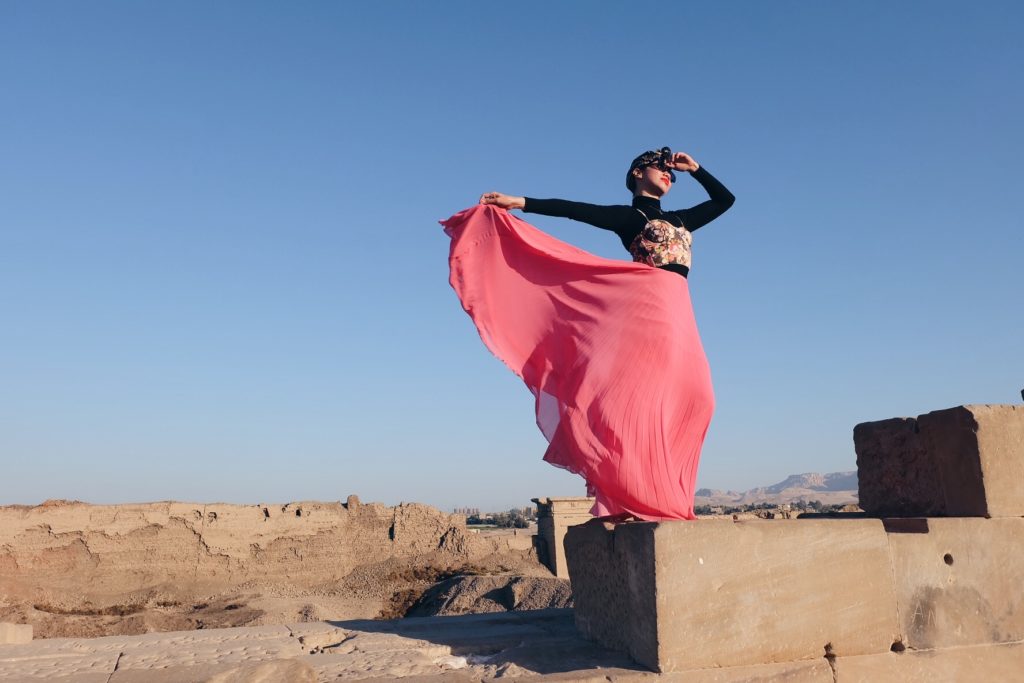 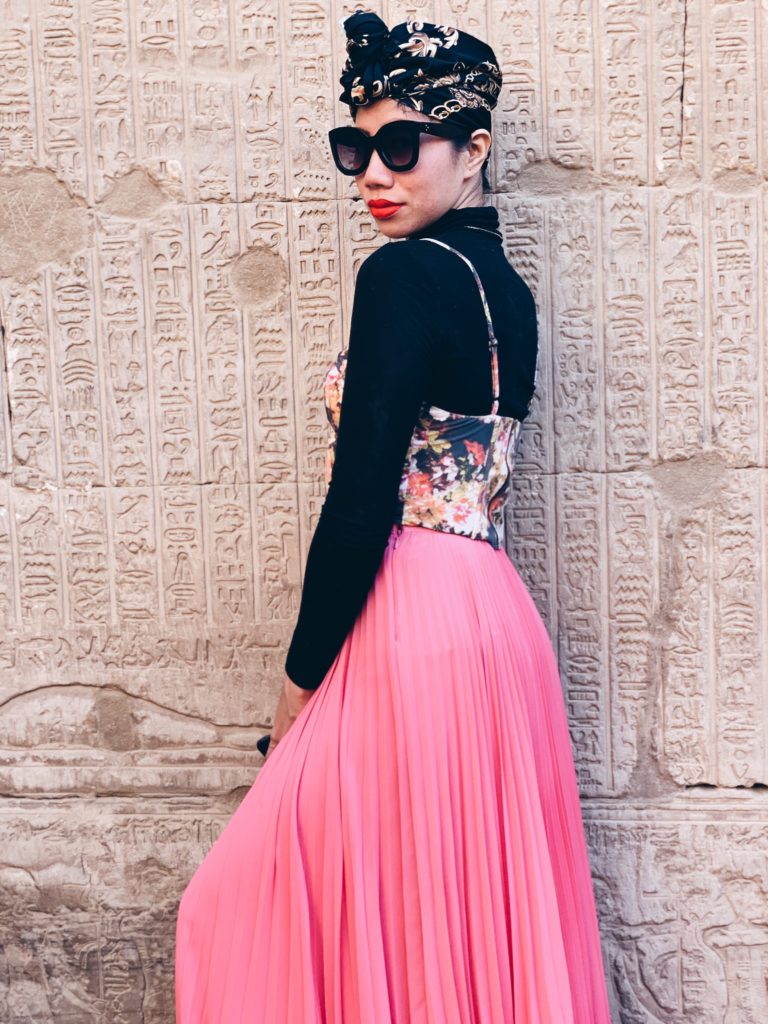 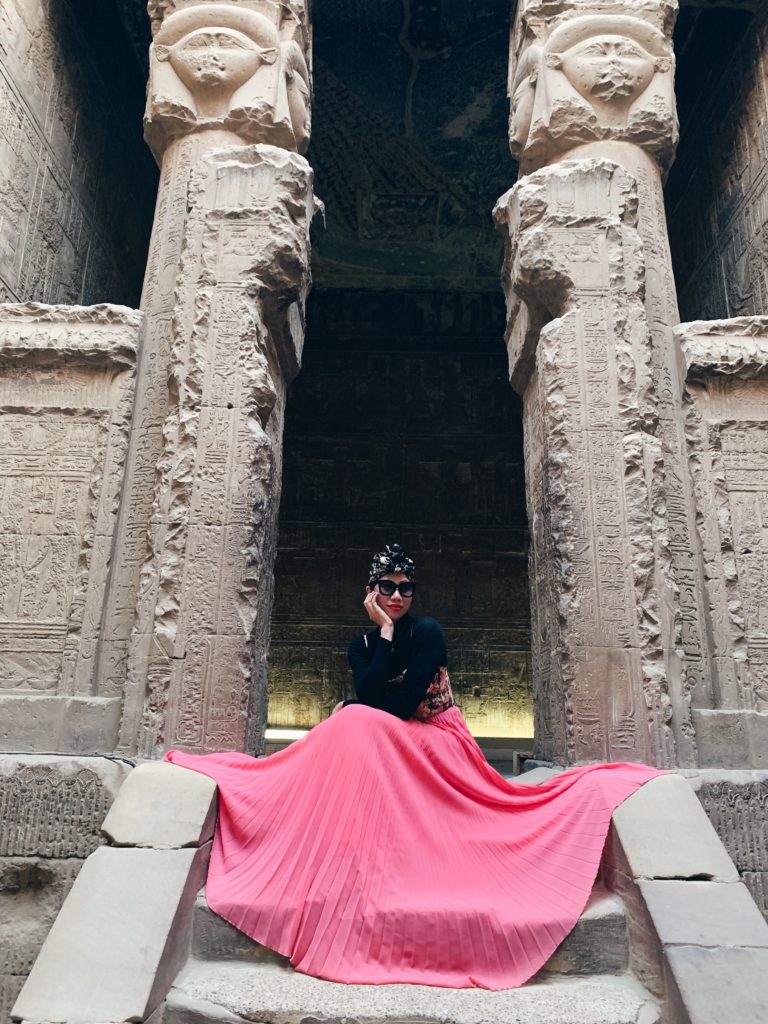 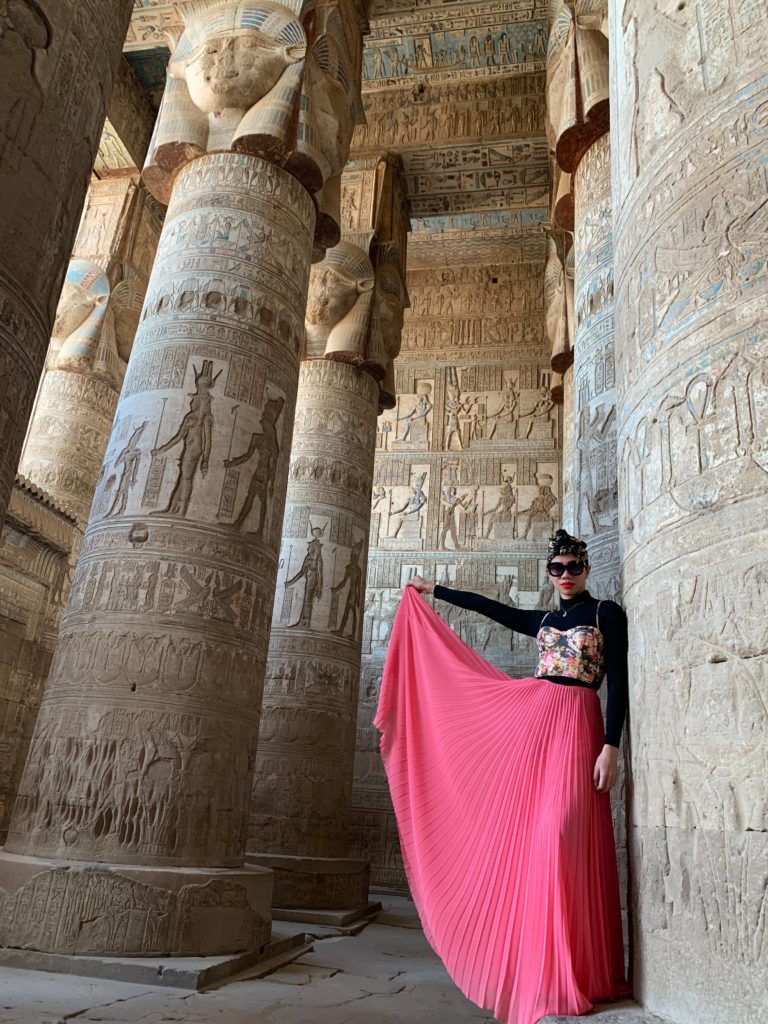