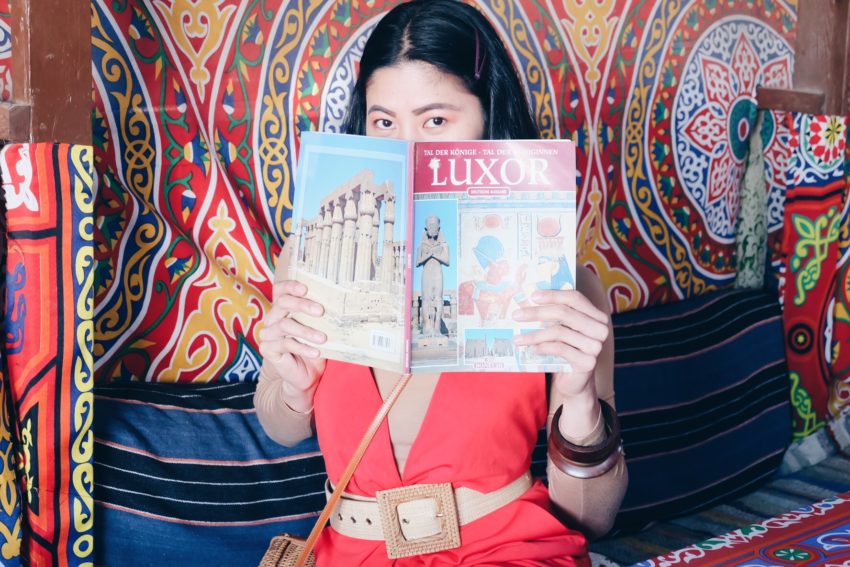 Arriving in our hotel in Luxor on our 4th day in Egypt, the surroundings made me flashback to a certain location in Jakarta. Carol, on the other hand, thought she was back in Jaipur. You get the drift right? It was not immediately visible why this city that takes after the Arabic word for “palaces” and suggests “luxe” in the name itself was named as such until we get to the monuments there.

In the modern Egyptian city of Luxor is where you can actually find the ancient Egyptian city of Thebes (in Greek; Waset in Egyptians and No-Amun in the Bible). Once a wealthy prominent city and capital of Egypt, Thebes became the principal center of worship of the god Amun (equated by the Greeks with Zeus or Jupiter). Here the pharaohs built enormous monuments and temples on the East bank of Nile and huge burial ground on the West bank. Luxor is an overwhelming jumble of ancient remains.

The temple of Amon at Karnak is considered the largest columnar structure ever built. Being the the “Most Selected of Places” in its translation, Karnak began construction during the Middle Kingdom and continued on for the next thousands of years with each pharaoh continuously contributing a room, a hall, a pylon that records their achievements until it grew to a massive sprawling complex that it is today. Sources say that you could fit about 10 regular European cathedrals here. The Great Hypostyle Hall (always the perfect backdrop in every temple) has massive papyrus-shaped columns in that measures some 3.5mm (12 ft) in diameter. 😱

If I haven’t stressed already in any of my Egypt posts, one of the basic Egyptian beliefs is that of the pharaoh being their god on earth, an intermediary between the gods and people. One of the festivals held in Karnak is that of the Opet festival where they celebrate the link between that of the pharaoh and the god Amun. This procession begins in Karnak and ends at Luxor Temple, 2.4km to the south.  On Karnak’s southern temple enclosure, there is a 3km paved avenue of human-headed sphinxes built by King Ramses II that once linked it to Luxor  temple (this area is now being cleared as per our visit). Unlike any other temples though, Luxor is not dedicated to any cult god but instead a temple of rejuvenation of kingship. Here you can find colossal statues of Ramses II and a pair of obelisk, one of which standing and the other one re-erected in Place de la Concorde in Paris.🇫🇷 (See my post about this place here).

(Pics below in the daytime were taken in Karnak. We got to Luxor around nighttime.) 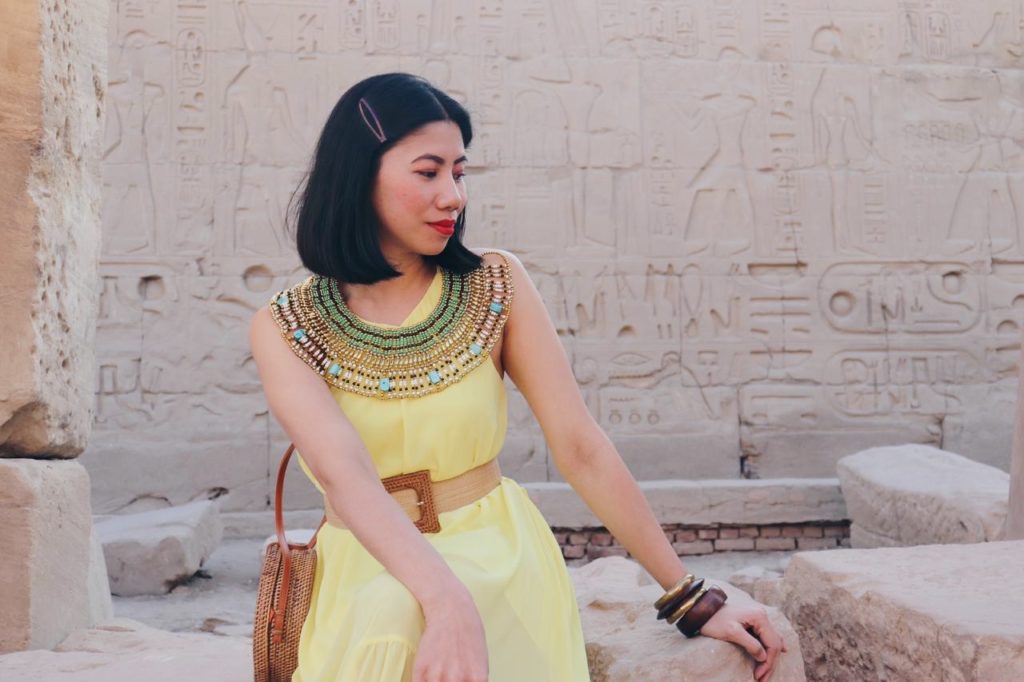 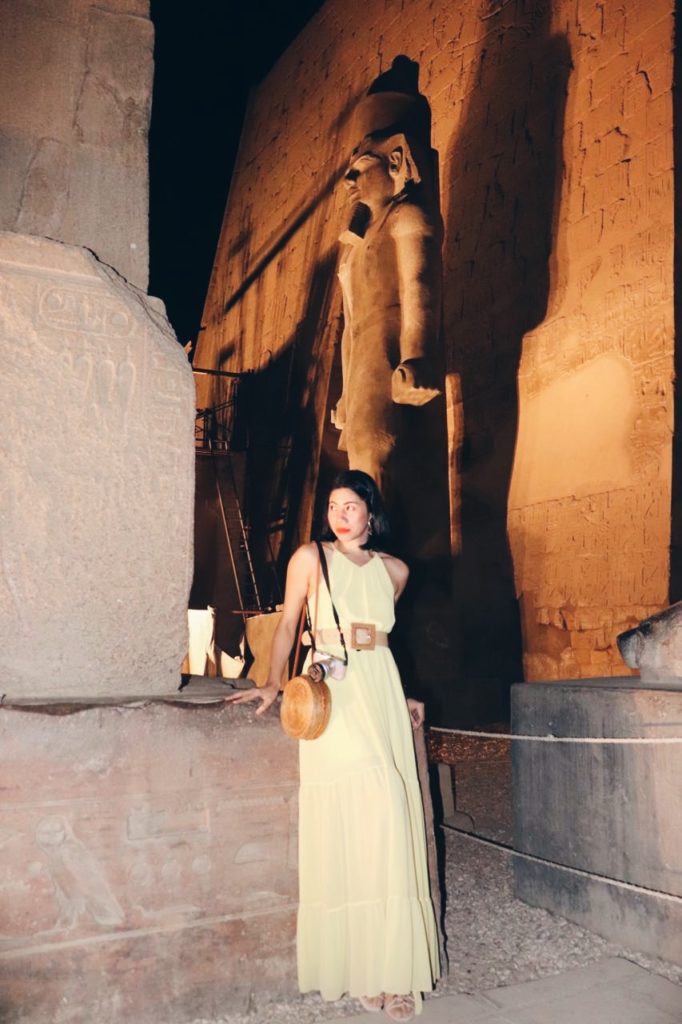 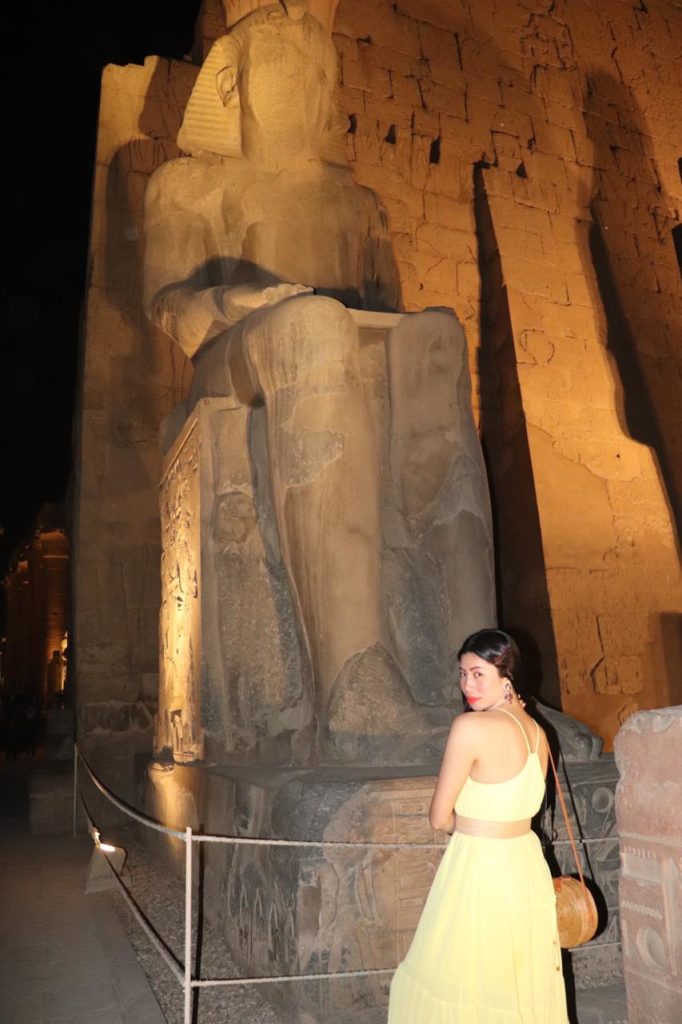 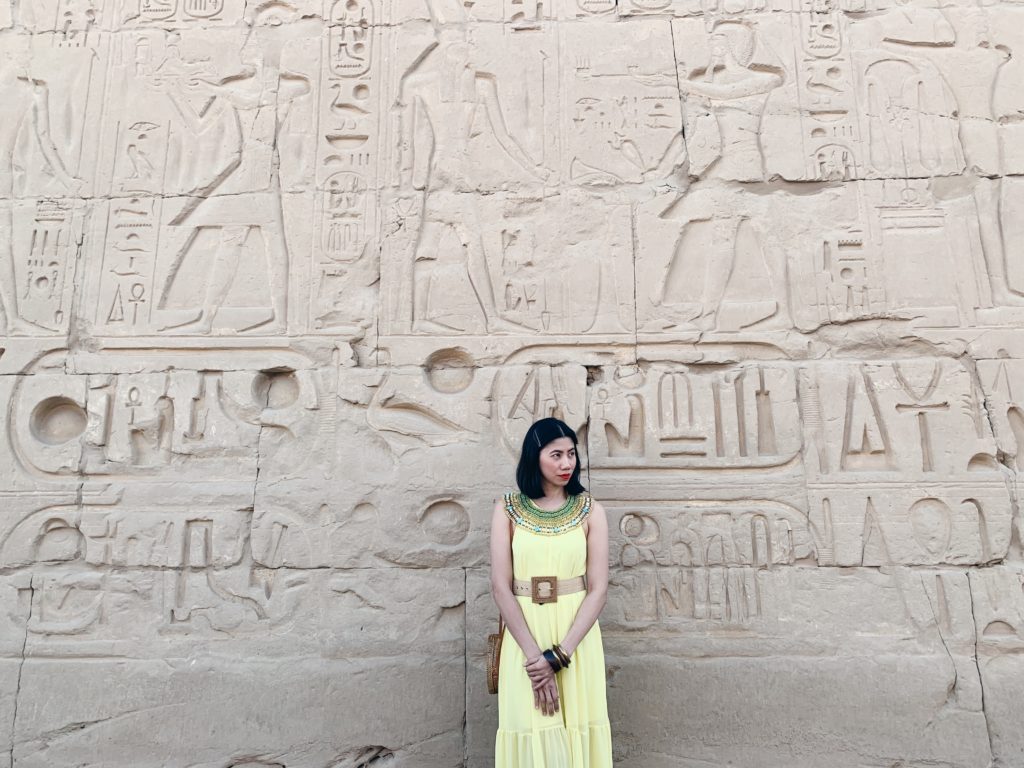 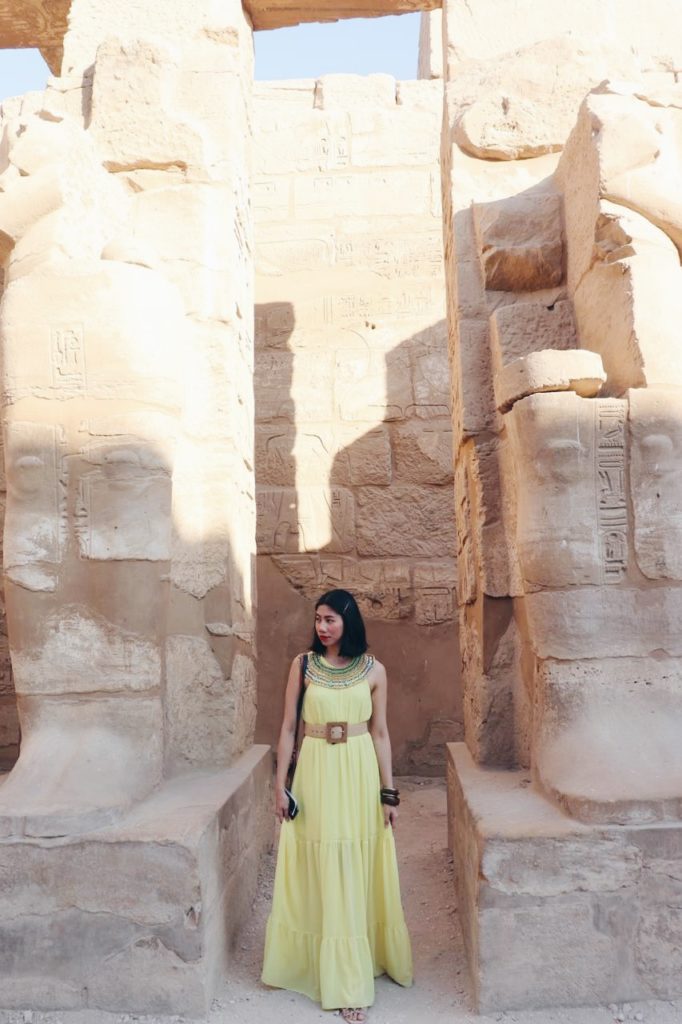 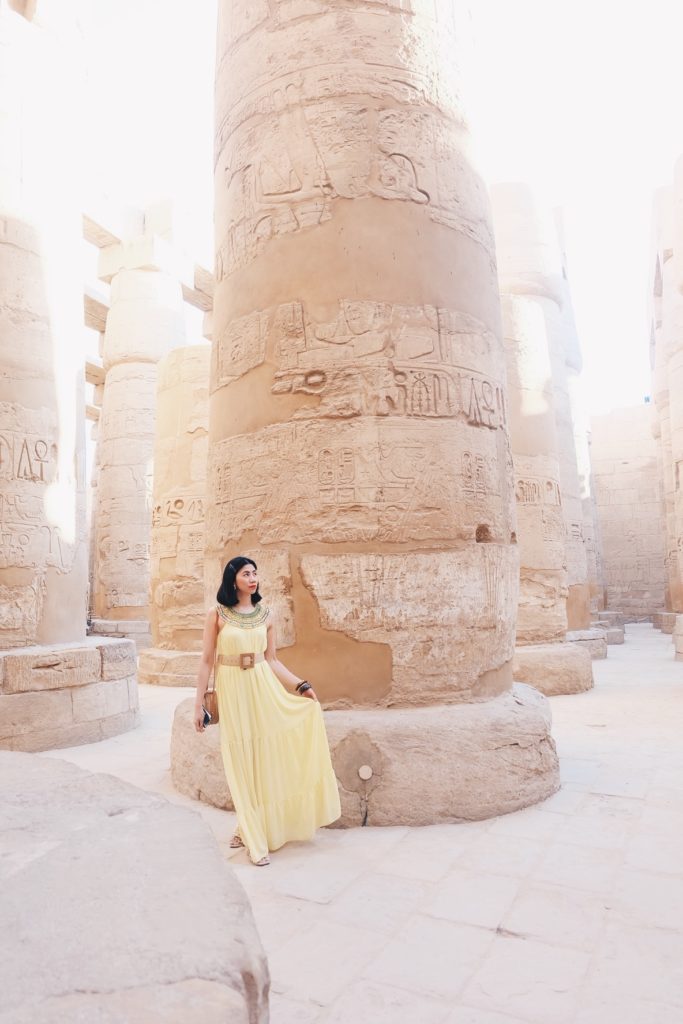 As you may have read in a previous post, another duality principle that is central in Egyptian beliefs is that of the East and West. For Ancient Egyptians, the west was the destination of the dead and so the west bank also called Theban Necropolis is used for burials during the Pharaonic period. The Valley of the Kings in Al-Quorn was constructed when Egypt was at a peak in its wealth so you can just imagine the treasures and artefacts in the burial chambers carved deep into the rock faces of the valley walls. Archaeologists have identified 41 royal tombs here but if time is not enough and it’s scorching hot to be raiding all of them I swear, the most recommended one to see is that of Ramses VI’s tomb. The tombs are all designed similarly anyway with long corridors descending into an antechamber where you can find the mummies and treasures that they believe the deceased will use in the afterlife.

But Ramses VI’s tomb or known as KV9 is incredibly preserved and so so beautiful with multi-colored wall paintings depicting Egyptian history and a ceiling decorated with constellations. For the last four days all we’ve seen were yellow walls and columns and partly coloured reliefs so being inside this chamber is just pure joy! Please make sure to pay for camera fee when you visit as this ticket is optional. And the ticket office is far from the tombs you’ll need a tuftuf (a mini bus you can see below) to get you there.

Also rising from the west bank of the desert is another incomparable monument of ancient Egypt – the mortuary temple of Hatshepsut. Unlike cult temples, a mortuary temple was a place where rituals would be performed for the dead. Designed by the architect Senmut (also her rumoured lover), it features stepped platforms, pillared porticoes and vibrant reliefs. Yes, King Hatshepsut is a actually a Queen – one of ancient Egypt’s first female pharaohs. In her statues though, she is often depicted with a male body in full pharaonic regalia. She was also buried in the Valley of the Kings but her mortuary temple is a proof of how great she was as a leader for 24 years in ancient Egypt!

Modern day Luxor is an interesting contrast to its antiquities. But the list of UNESCO world heritage sites mentioned above makes this “open air museum city” truly a worthwhile visit. Herodotus maybe talking about ancient Thebes when he said “nowhere are there so marvelous things, nor in the whole world beside are there to be seen so many things of unspeakable greatness”. 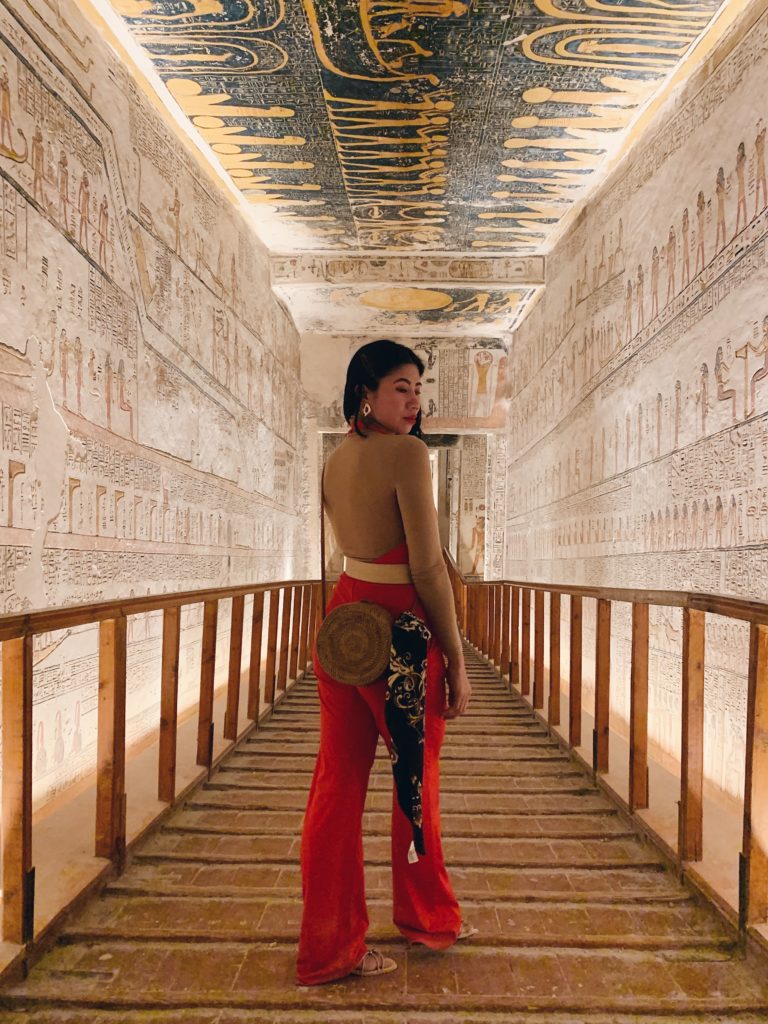 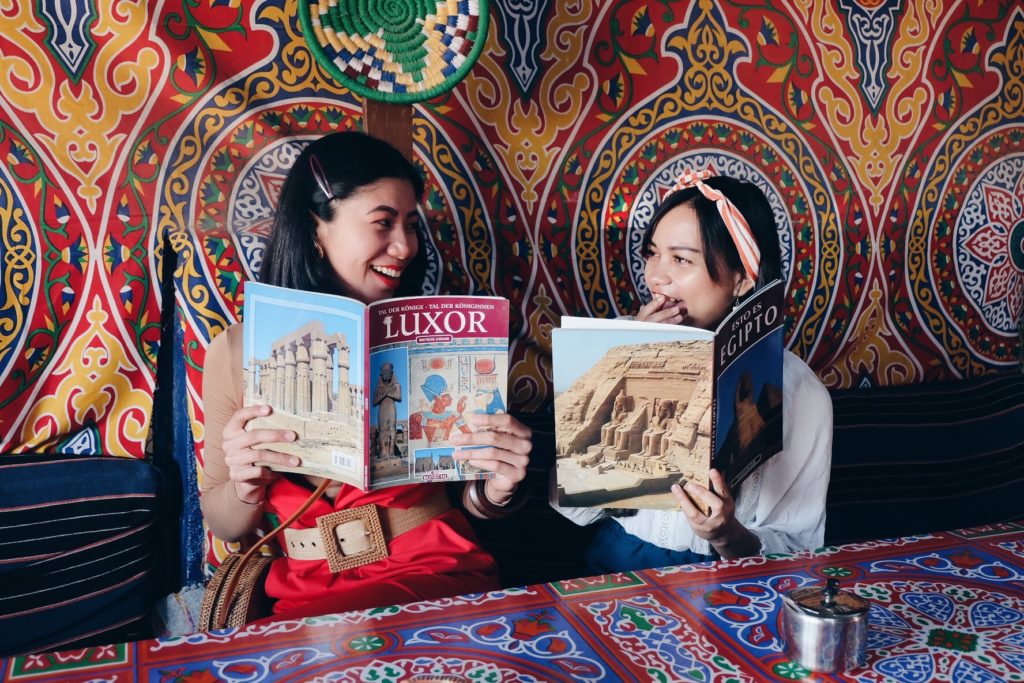 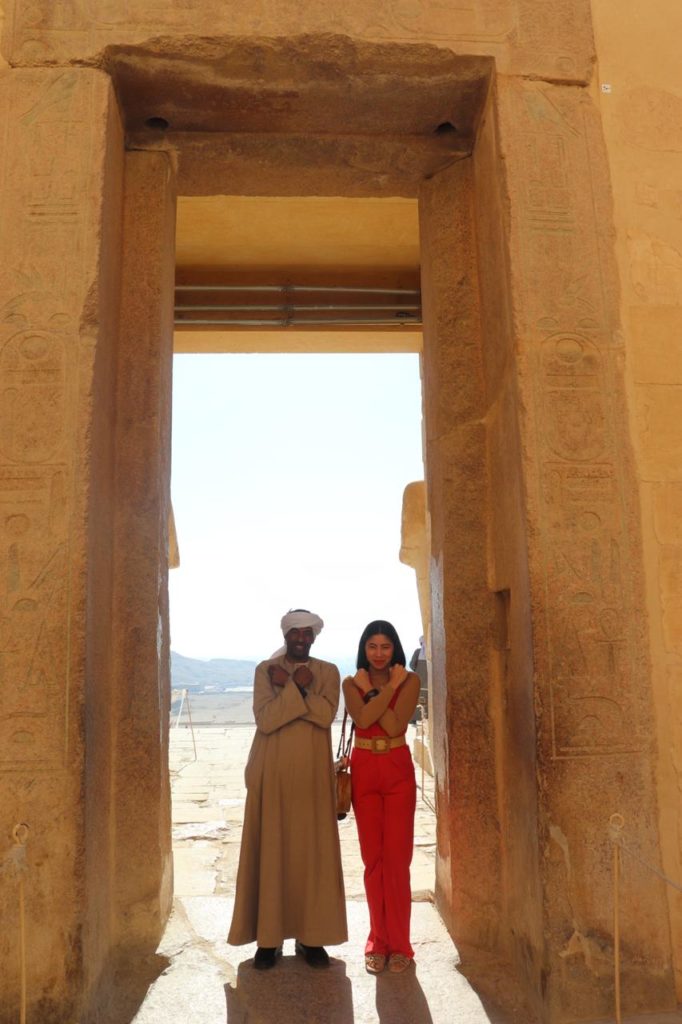 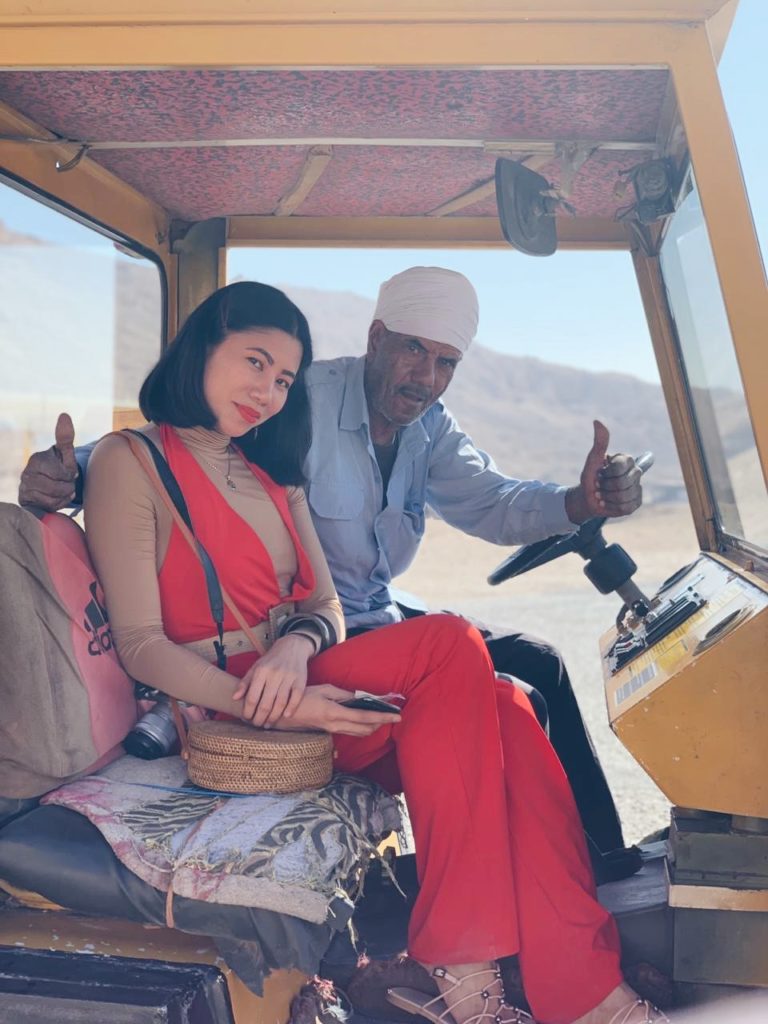 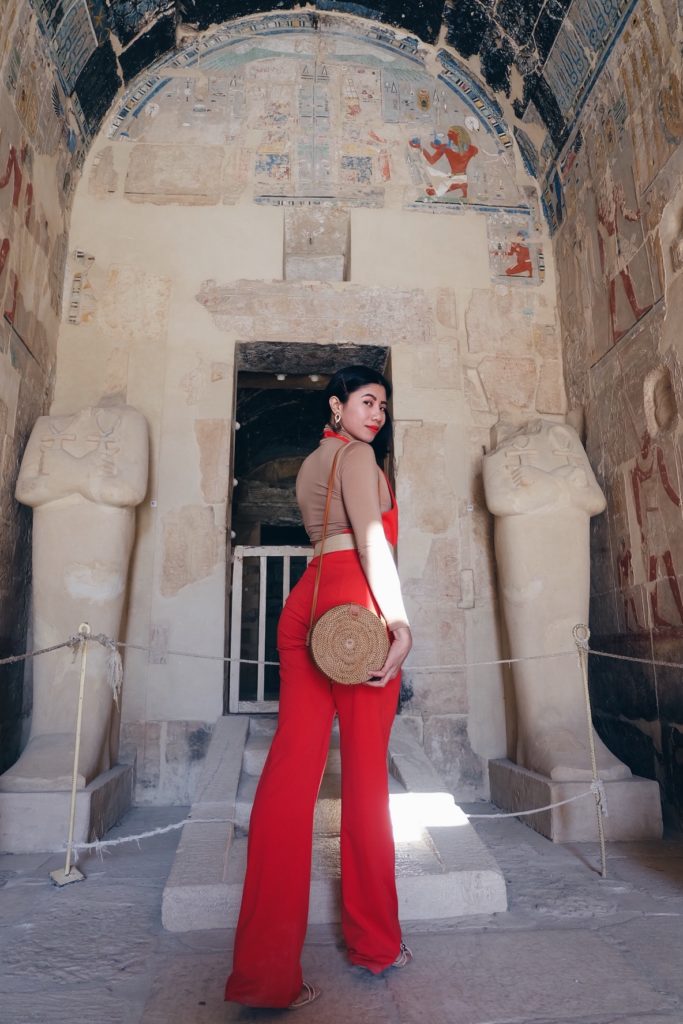