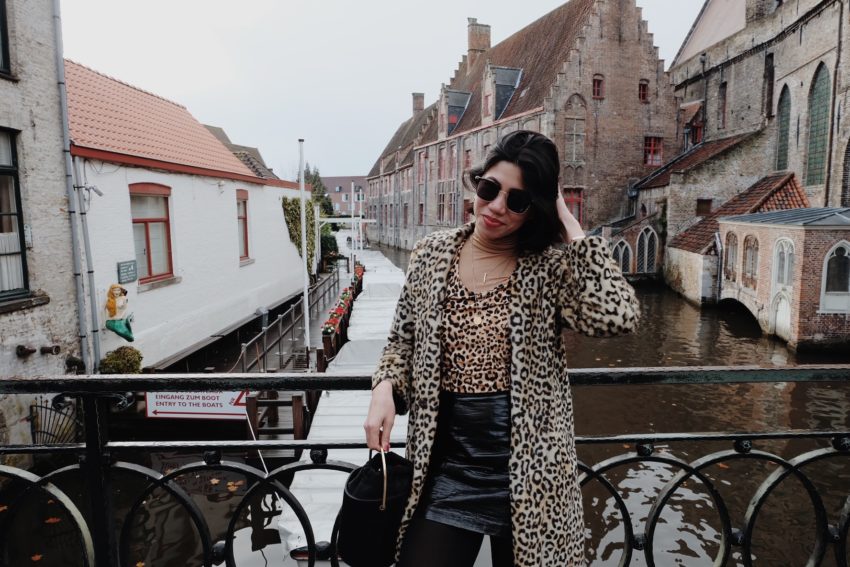 Let’s throw it back to one rainy day in October last year when I was exploring this northwest city of Belgium called Bruges (pronounced as broozh). I was discussing it with a European “acquaintance” on a dinner two weeks ago and I couldn’t help reminisce. He even mentioned a film about it and naturally I took time to check it out last weekend (funny, he even looks like the lead role in the movie 🙈 ).

A well-preserved medieval city that’s just 1.5 hr away from Brussels, this Flemish city is also known as the northern little Venice perhaps because of its handsome 12th-century canals. Flemish, it’s another one of those often pronounced words by the tour guides that has got me confused (similar to Franconia which I blogged in my Würzburg post 😅  here ) and one that got me afraid of asking then just because European geography wasn’t part of my high school studies (lol). In short, Flemish is the Dutch language spoken in the Flanders region of Belgium. 🇧🇪

As already mentioned, we arrived in the afternoon at Bruges after checking out Brussels in the morning (my Brussels post here) and it was raining. 🌧 Naturally, no one ever in the tour was prepared for this downpour and I actually was bummed about it. I was about to discover soon though that it should be the least of my worries after a few minutes of traipsing through its cobbled lanes. While I had my camera slung in my shoulders, I noticed that my phone was missing (by then 95% I was sure it was left in the tour bus but there’s a 2% chance that I left it in the toilet after the drop-off). That wasn’t the worst part though. Ducking under different awnings for shade on the way to the central square meant that I was behind the tour group (following an elderly couple from Australia Peter and Anita) until eventually us three lost them in the crowd (the place was still streaming even in the shoulder season of October). This incident actually spoiled the experience a little bit. 😒 It meant that we had to stay visible in the central square in order for us to be found since we didn’t also have instructions on when and where the tour will reunite again back to the bus (what with my phone missing!). 🤦‍♀️

In less than an hour of desperate searching, our hero came though – an Arab dude named Ali who I made good friends with during the entire tour and troubled himself to look for us. As much as we both loved joining Peter and Anita and following them everywhere, the latter had become tensed after the incident so we separated from them and had lunch on our own. Knowing that our time was now limited because of the episode, we just tried to make the most of the time left by exploring the city’s desserts – chocolates and waffles. Yum! 😋  I guess all’s well that ends well – especially with chocolates hehe. 🍫

From what I gathered when everyone met again, some rode the boat in the canal, some climbed up the Belfry tower for a bird’s-eye view of the photogenic square and its colourful facade. These are just some of the things to check out in Bruges by the way. As for me, I only had a chance to see more of it in the short walk back to the bus when the rain had finally stopped – I was charmed by the beautiful whitewashed almshouses and the lover’s bridge with the white swans. I could just picture a proposal in this very spot below. Uggh can someone propose to me here please! Lol! 😆

I would have to agree with him though. But Bruges in the rain actually made it more dramatic and almost romantic, two things that Bruges inherently is. So in the end it still worked out! Bruges is stunning, rain or shine! And even in that brief visit, I fell under its spell! ❤️️ 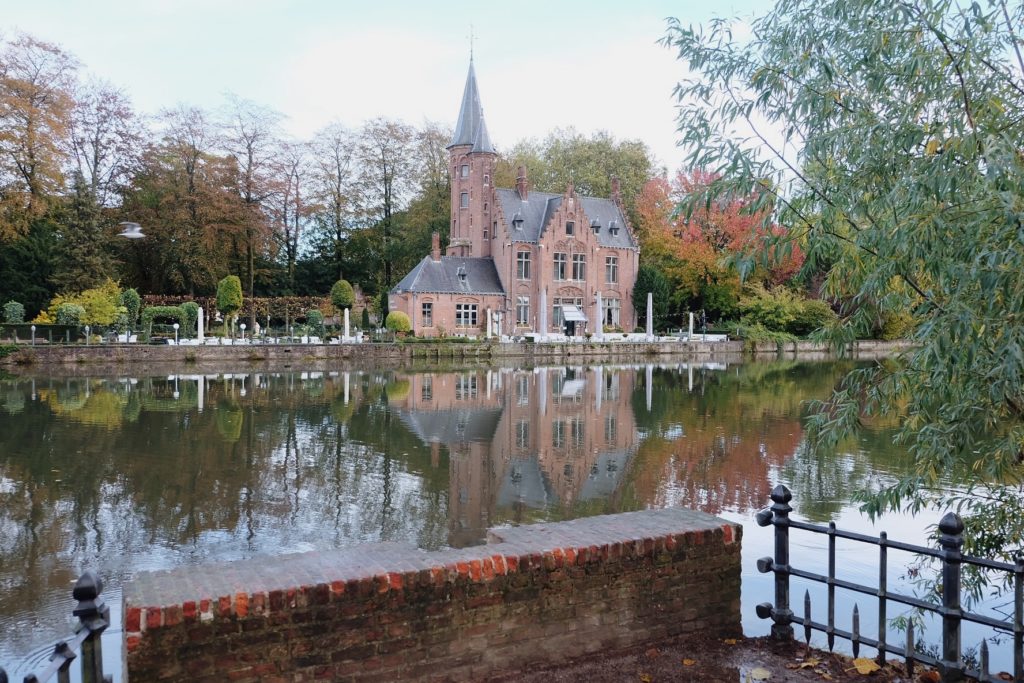 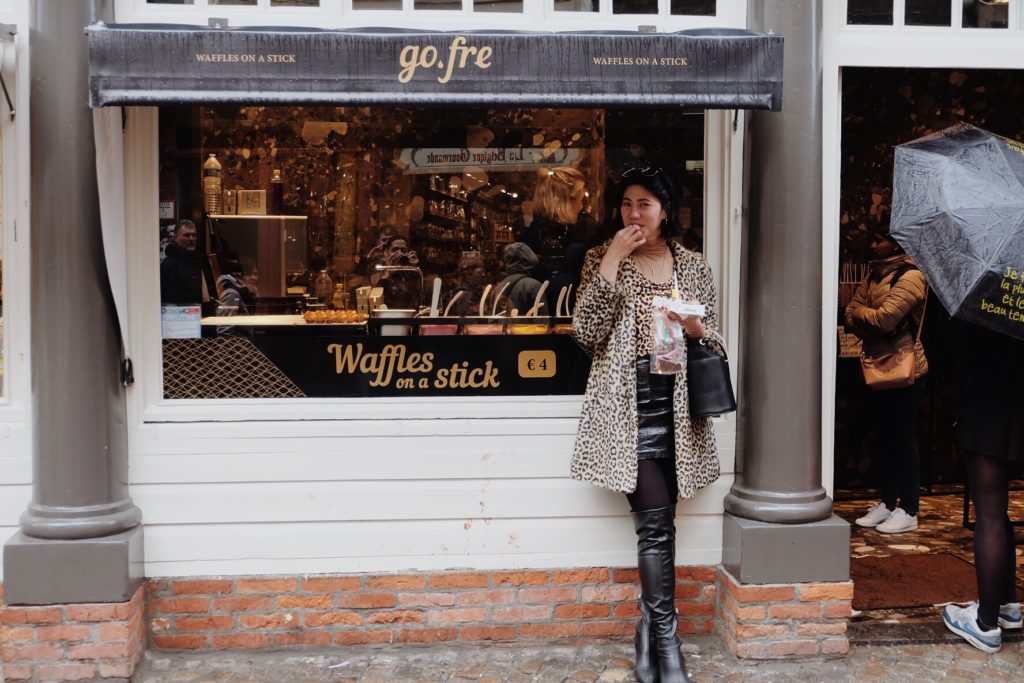 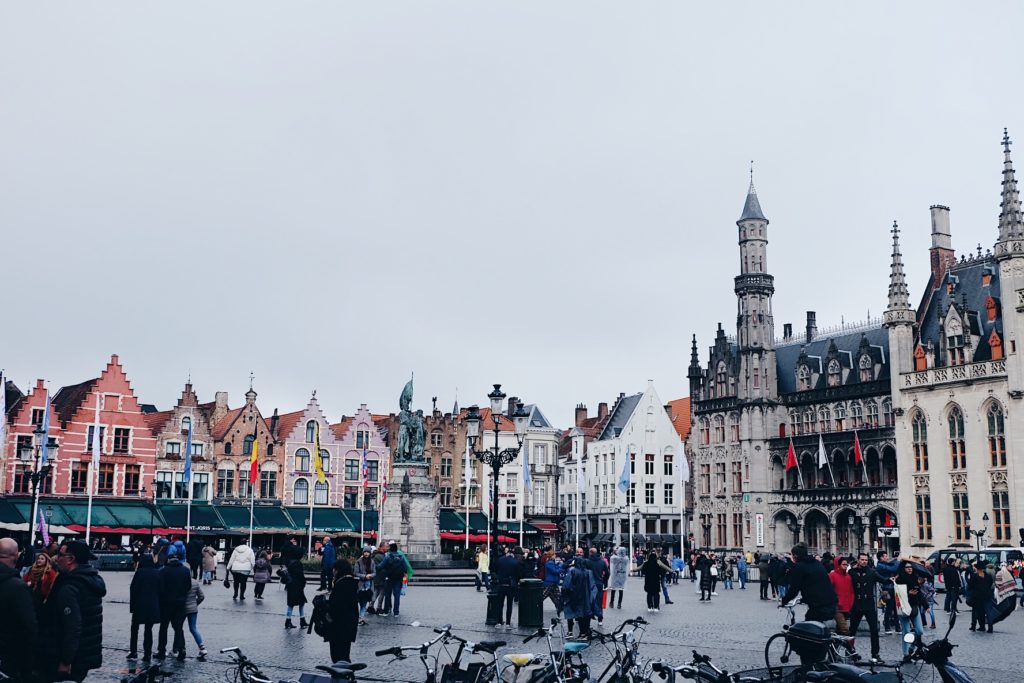 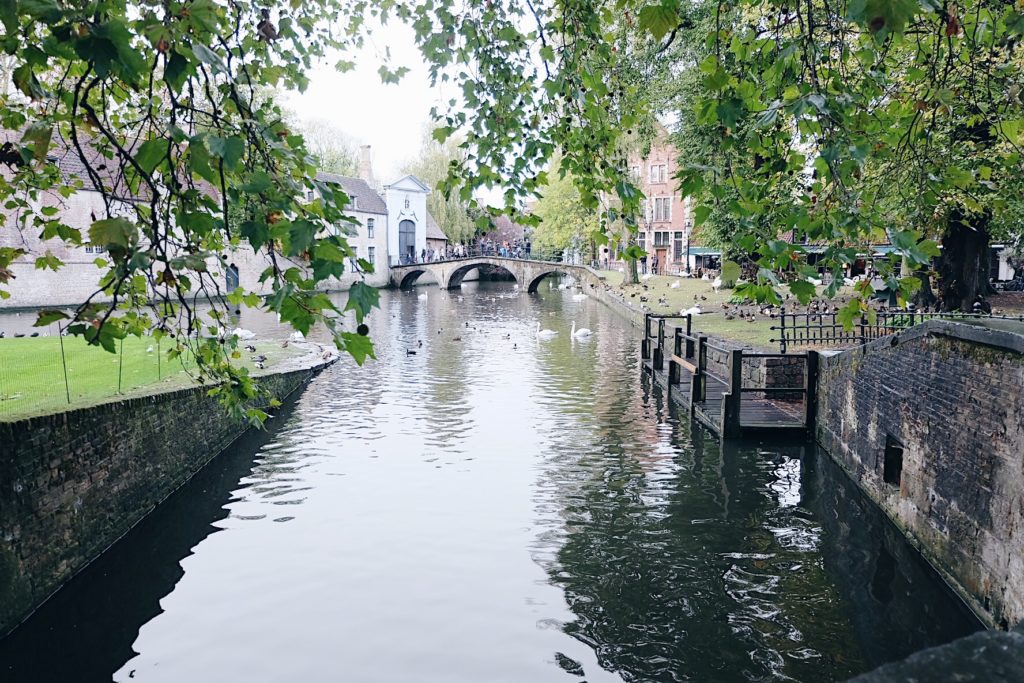 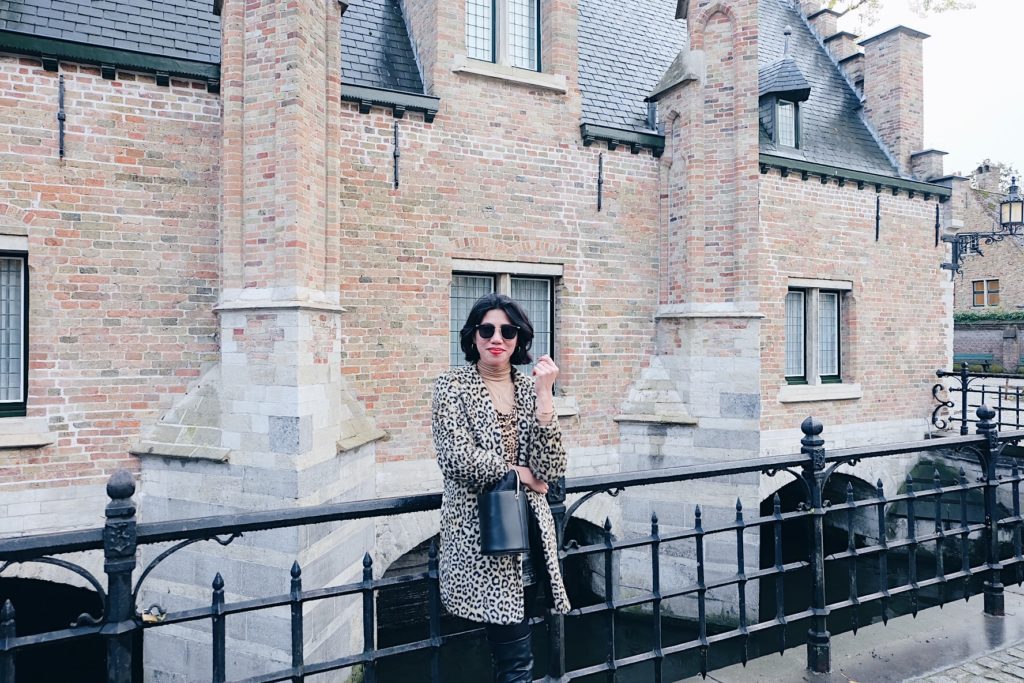 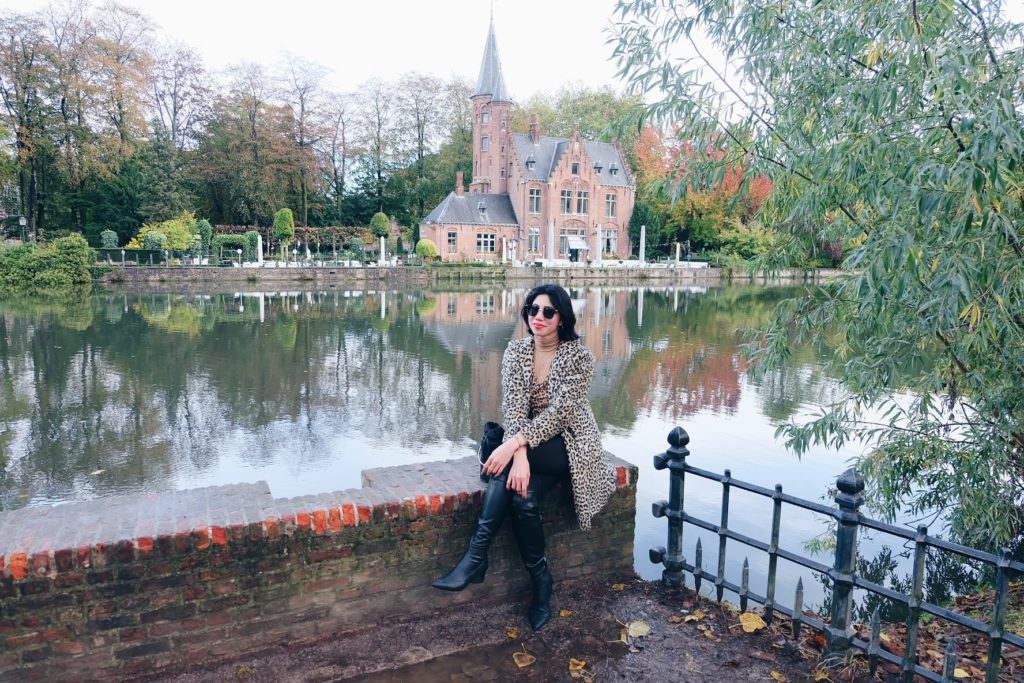