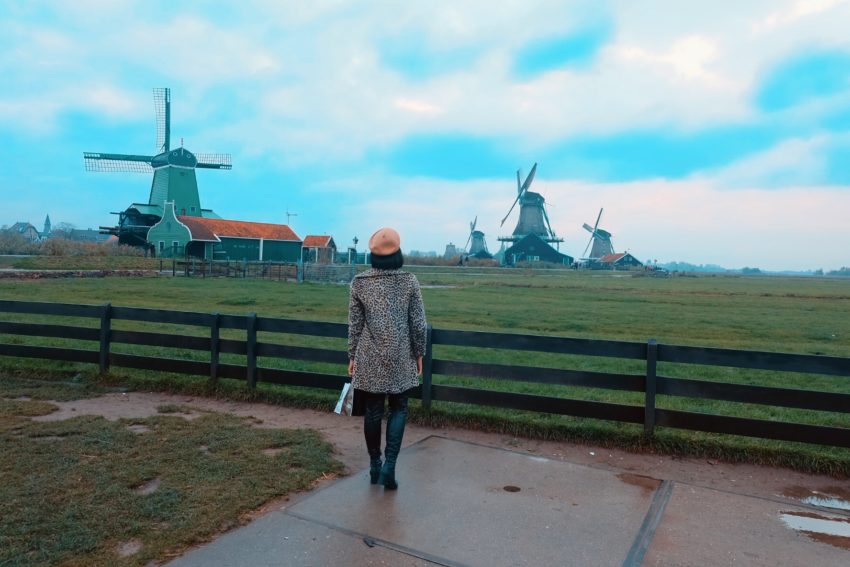 Could it be that your affection for a place be biased because you dated someone in the past who came from that city? Weird but that was true for my case. But visiting Amsterdam for the first time, I was ready to give it a “second” chance, you know. Hmmp, second chances. Tsk. Lol.

After all, Amsterdam is quite known for many things and not just the place where the last dude who legit made you cry came from, right? Lol. Let’s see. One, there are beautiful canals decorated with step-gabled dwellings to make the city known as “Venice of the North”. Lovely! Two, it has liberal take on drugs which makes it a bit cool (not that I’m into that stuff lol!). Oh and don’t I just love bike-friendly cities because they’re environmentally-friendly and promotes good health, too? Fab! In short, there are so many aspects of the city to make it lovable. And I was so willing to embrace and look for that sweet spot. 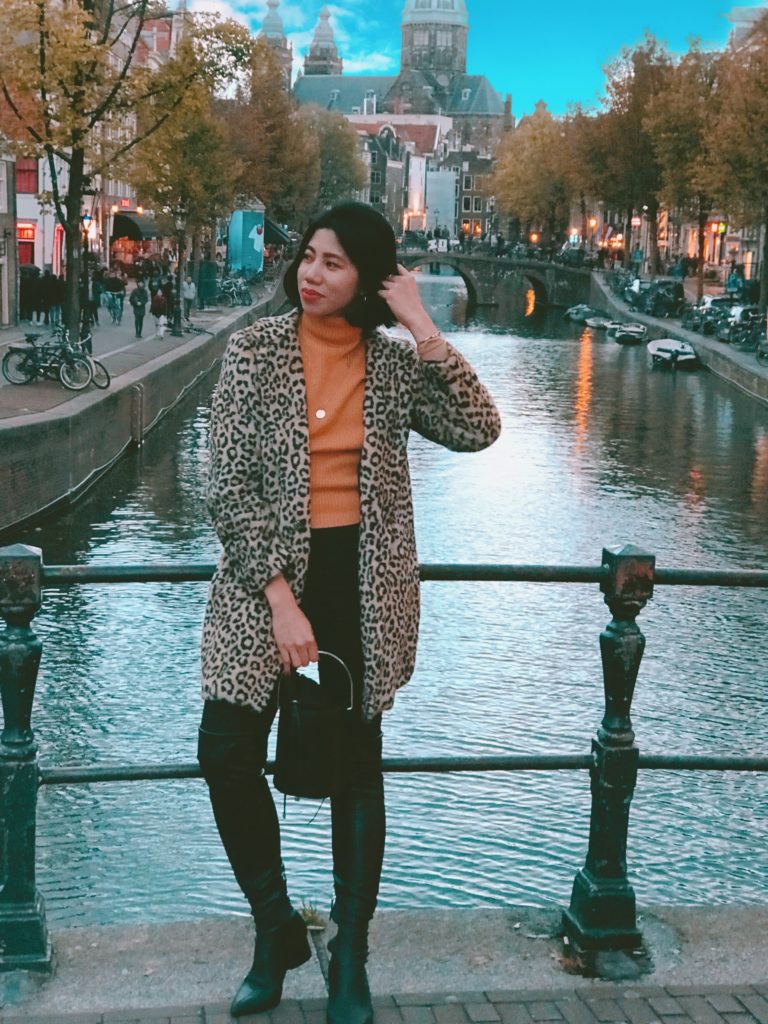 Unfortunately, Mother Nature had other plans for me that day. It was raining when the bus dropped us off in the city proper making it hard for me and my picky friend Ali to find a decent vegan restaurant for lunch. We were reunited with the group to do a supposed boat tour but for some reason it was changed to a bus tour of the gloomy city instead, just when I was looking forward to exploring the canals. And then around 5PM, we’re once again left to ourselves for 3 hours to explore on our own and where did my friend decide to choose where to hangout? Oh, nothing fancy. Just smack in the middle of De Wallen – Amsterdam’s Red Light District.

I could actually choose to part ways with him and walk around on my own but curiosity got the best of me and it was starting to get dark anyways. What I didn’t expect was that he would drag me on and on along the same streets looking at the red window and sneaking glances at the same skimpily-clad women at the window while him asking me to be his guardian angel and stop him from getting inside to talk to them. Lol, that idiot! And to top off the experience, we were early at the pick-up point only to find out we misunderstood the instructions the tour guide (along with others) and ended up taking the metro back to our hotel which is close to the airport! 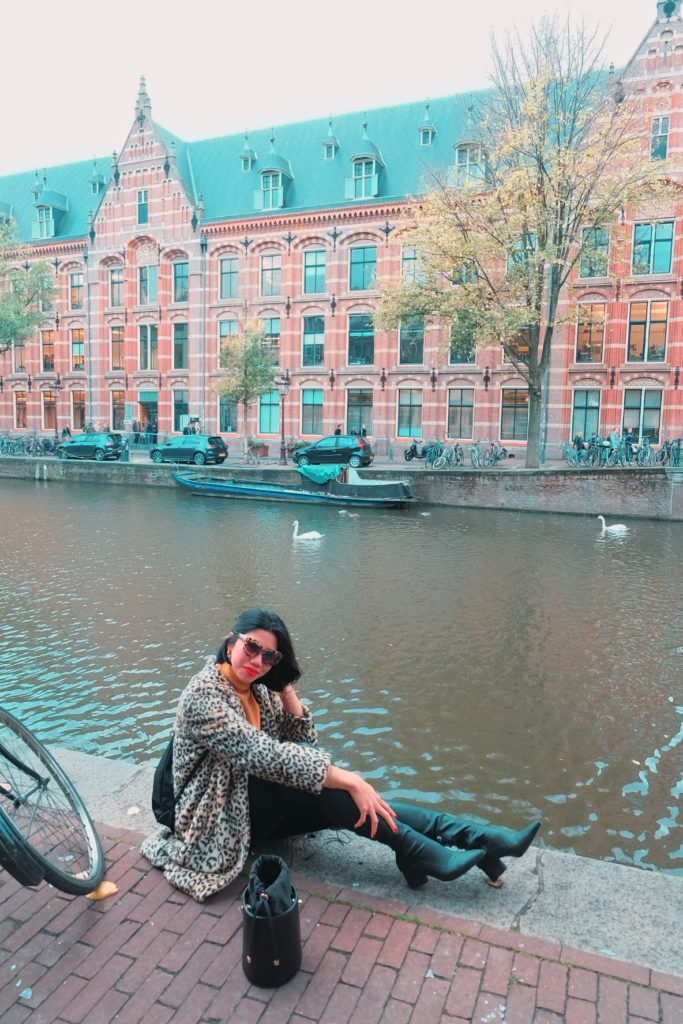 You see guys, I tried my very best to love this city. Sure, there was rain and a mishap when we went to Bruges but I was able to find the beauty in it. But for now, my memory of Amsterdam remains to be the R & R: the rain and the red light district.  I know how a lot of people would argue about its beauty and personally wouldn’t disagree but let’s just say it’s not my favorite. Maybe for now Amsterdam really isn’t the one for me, no? And in this trip I’ve seen a few other cities that made my heart full. Maybe that was enough.

Good thing, this Dutch country as a whole is more than just Amsterdam itself. Earlier that day, we had a very pleasant visit to the countryside to do some windmill spotting of Zaanse Schans, a scenic town that’s just a stone’s throw away from Amsterdam. It was very picturesque and serene, a refreshing change of scene for the heartbroken. Lol. Amsterdam being a city built from the river Amstel in the 10th century, windmills have become an important Dutch landscape for pumping the waters and making a farmable land. 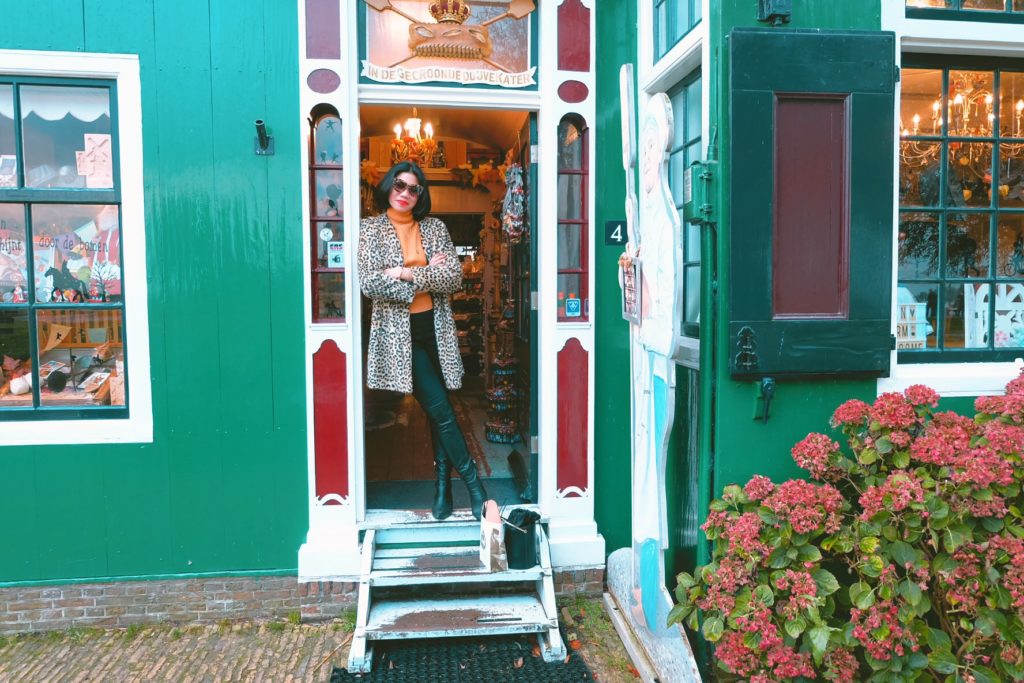 That scenic town had charming and beautifully preserved traditional houses, a cheese factory where I had too much cheese sampling and clog factory that makes wooden shoes – a glimpse of Netherland’s industrial past. I was actually already very satisfied with the cheese tasting but as always, wished we had more time to take photos of the scenic bridges and lakes.

So what did I think of my Netherlands visit in general? I’d say, as with everything, I’m only keeping the beautiful memories with me. Monet talking about Zaanse Schans said, “There is enough here to paint for an entire lifetime.” I’m pretty sure there’s a chance in my lifetime in the future that’s enough to love Amsterdam. 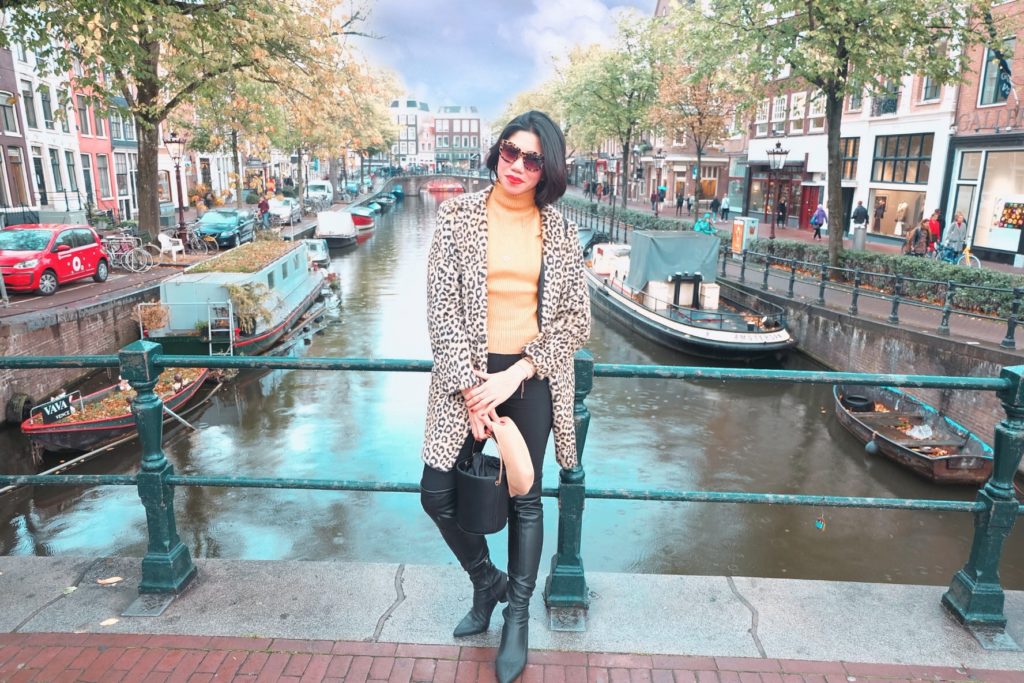