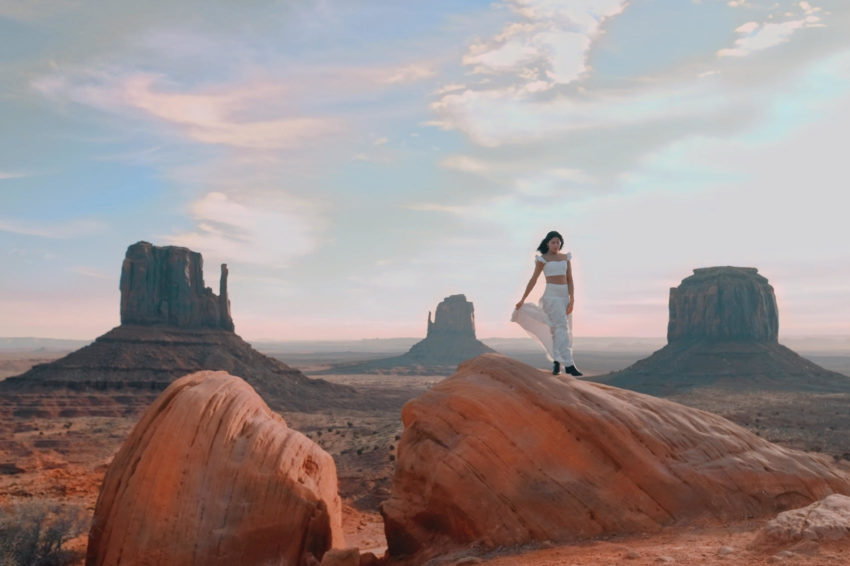 “There are certain places in the world that seem like special effects, they don’t seem real. They’re too perfect.” – a film historian once said about Monument Valley.

It was last minute when I brought up the idea of Monument Valley to Wil. It may have been a mere 2-hr drive away from Page, Arizona where most of our itinerary was concentrated, but that also meant driving further east away. The decision had to be made after the only arranged group tour at the Antelope Canyon which fell on our 3rd day of exploring the west coast. The valley is remote indeed but one look at its landscape in pictures and you’d know it’s worth it. It’s meant for the adventurous and yep that’s what we are. Not to mention flexible. The succeeding part of the itinerary would have to be adjusted. Lol.

Welcome to Utah. We turned left on US 163 and we started that scenic drive with the red and rocky Colorado plateau stretched out greeting you with a warm welcome. Wow, it sure felt like driving into a movie set. There’s no wonder they call it a scenic drive. This sight would be too familiar for movie buffs too. Tom Hanks shot one of his scenes for Forrest Gump in this very highway. Too bad we didn’t get a chance to do a photo-op somewhere in there as we wanted to reach The View hotel where we’re staying before sunset.

From scenic byway 163, we continued for some 20 mins more and turned right to Monument Valley road to enter Arizona. Confusing huh? The park entrance of the valley is in Utah but the rock formations are actually in Arizona. The most familiar lookout point would be of course at the hotel itself where the three buttes (as pictured above – the West Mitten, Merrick and East Mitten Buttes) stand mightily infront of you. We did catch the buttes before sunset after which it was time to retire to our beds adorned with native American bed scarf and picture frames of the spectacular valley.

At this point of which I’d like to talk about the Monument Valley not being an NPS (National Park Service) like any other famous landmarks in the US but rather, a tribal park that belongs to Navajo Nation – one of the largest American Indian tribes that inhabit the area who still lives in their farm and livestock which we observed the next day. Also my tip: there’s not so many places to stay around the area that brings you close to the site so I truly recommend a night at The View so you can check out this killer view first thing in the morning from your room balcony *crying face* 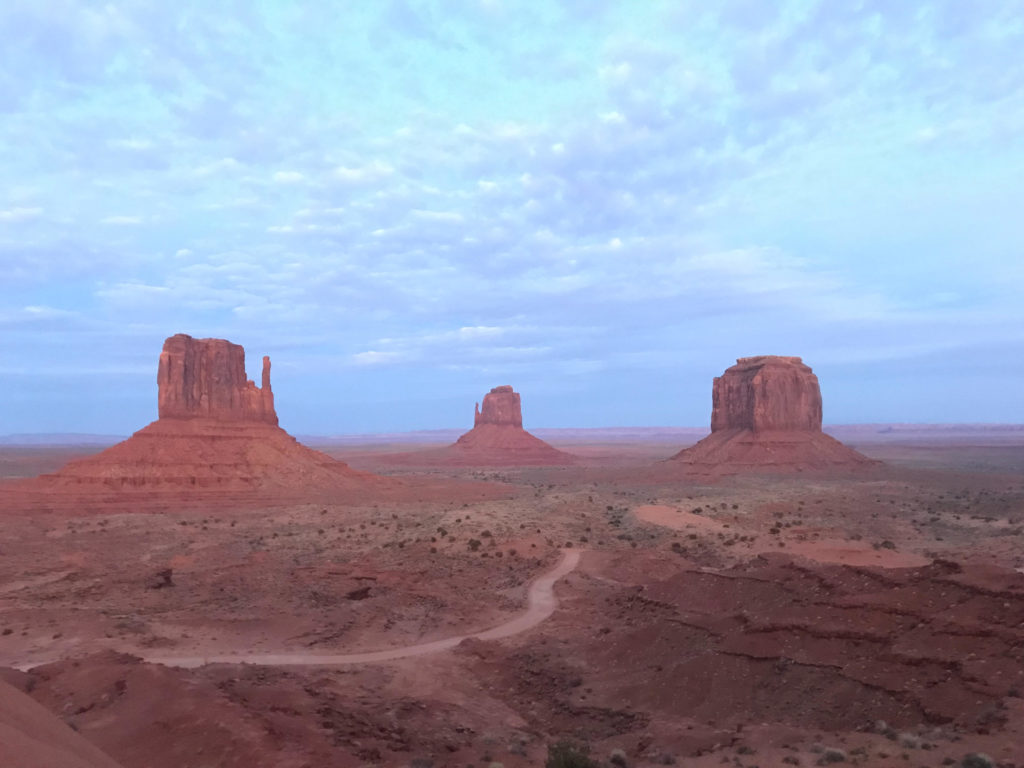 Well isn’t that just simply marvelous? Nature is such an accomplished artist. The next best thing after waking up to sunrise is to explore more of this wonderland’s spires, buttes and red rock creations via a 17-mile loop drive that takes you to 11 stops. It was an amazing offroading sort-of adventure as I’ve never been into one. And though a 4×4 is not really needed, there’s a steep part at the first half mile of the valley before it levels out so Wil’s jeep was an advantage. It was also an out-of-this-world experience observing the buttes and spires up close.

As mentioned in my previous post, it was in a trading post in one of the stops where Wil got himself a very cute teacup Chihuahua. Because it’s very normal to buy a puppy while on a roadtrip, right? Lol. Getting Momo (named of course after the valley) was cute and all but sometimes presented a hindrance in getting something more out of a place. I still love and miss that puppy though. So here are some of the pics we took along the loop drive.

To end this, I really recommend a visit to this park if you’re in Utah or Arizona to come and experience for yourself this iconic landscape of American Southwest. Now where’s my horse to the old town road? Hehe. 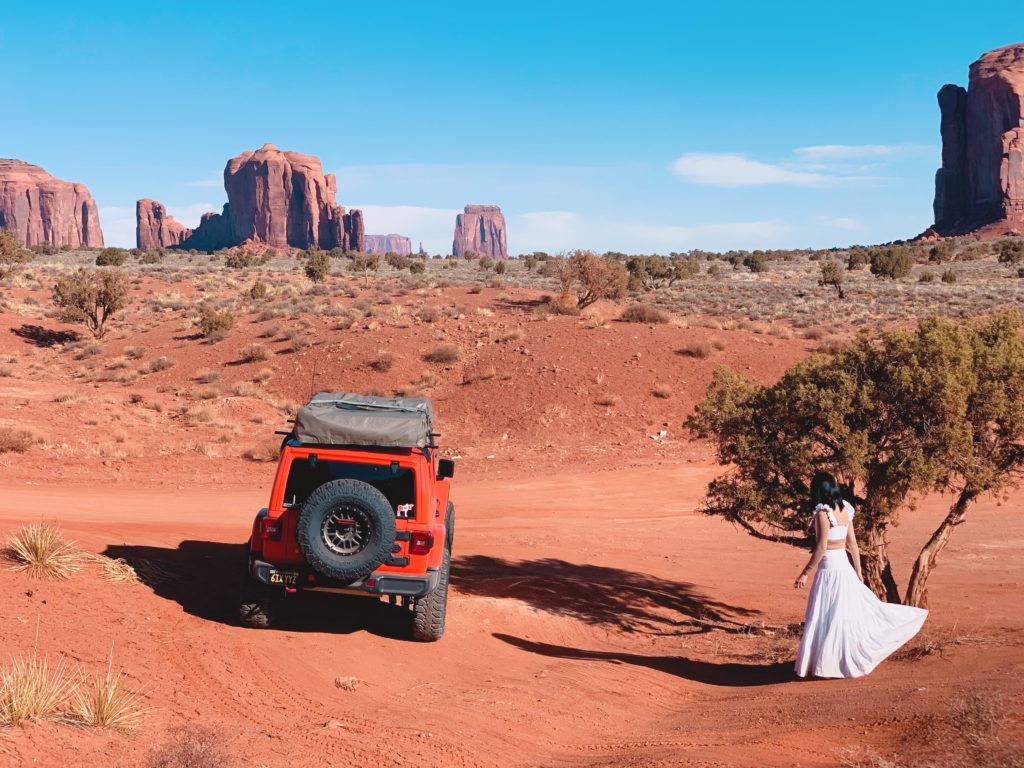 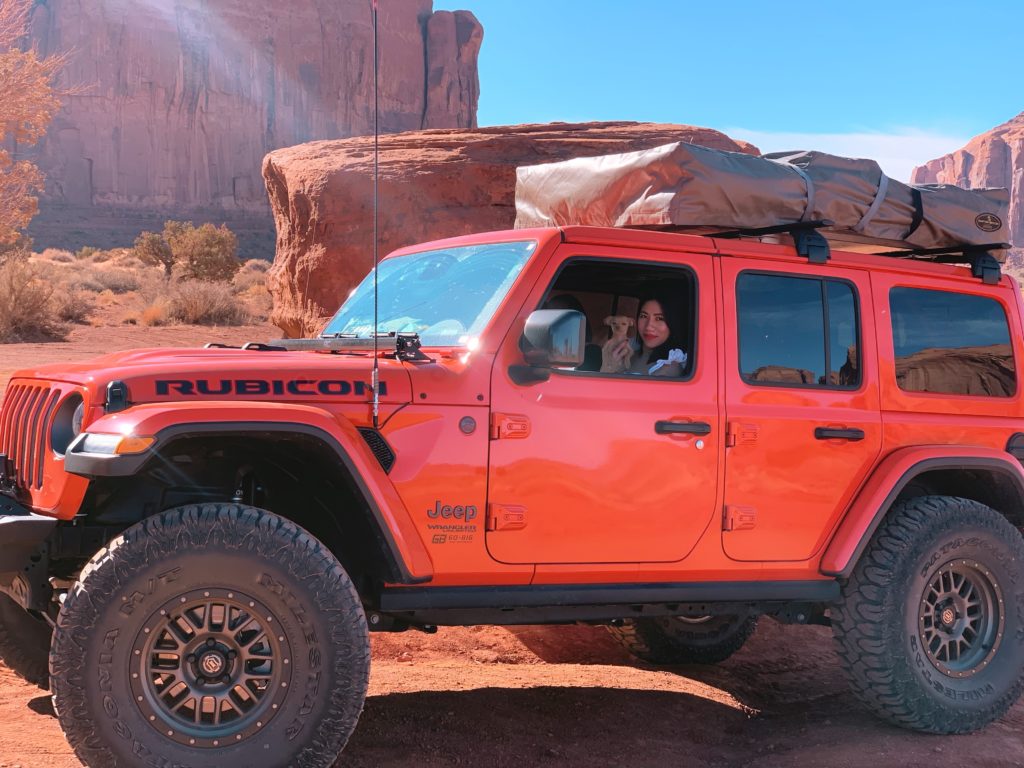 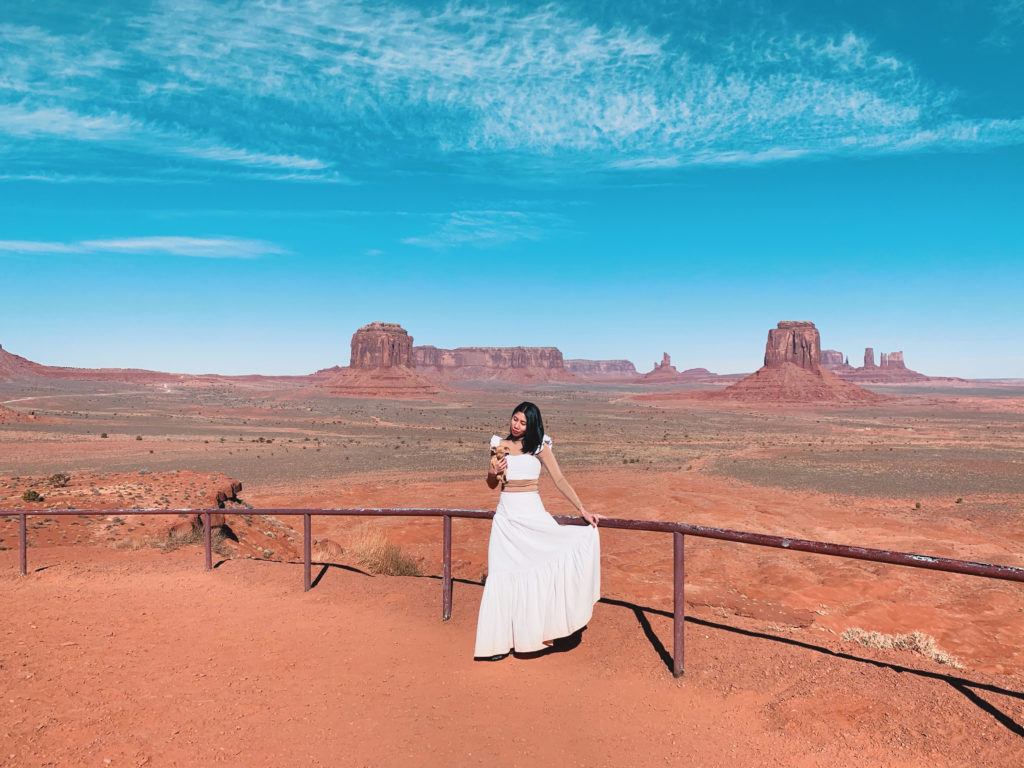 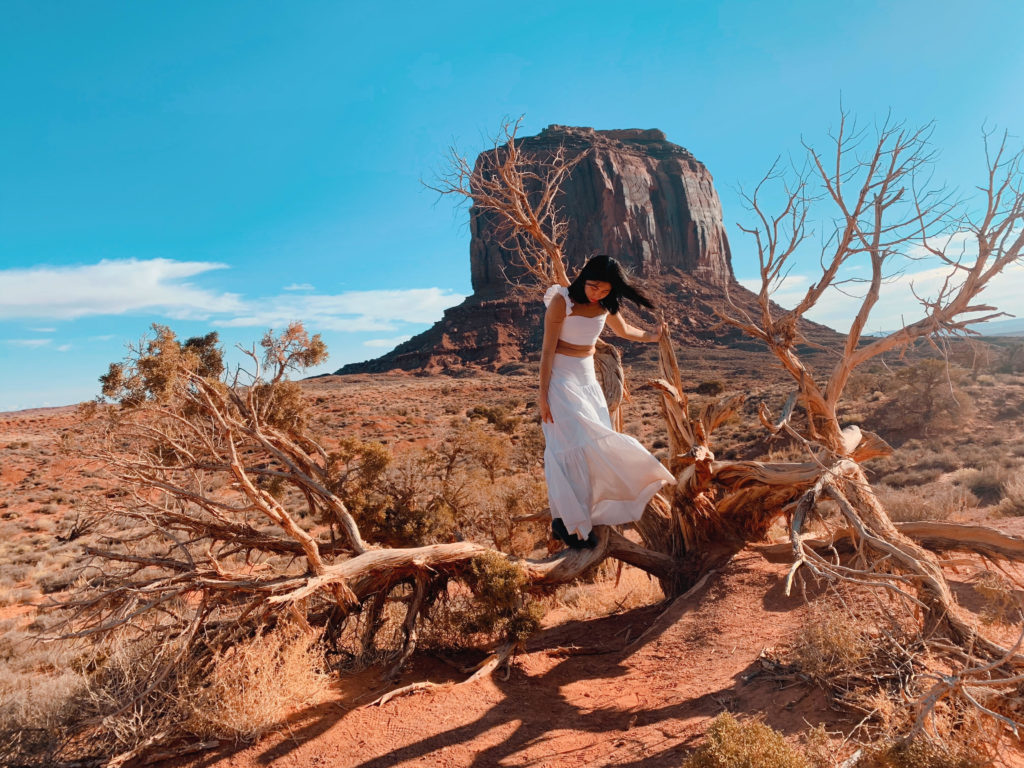 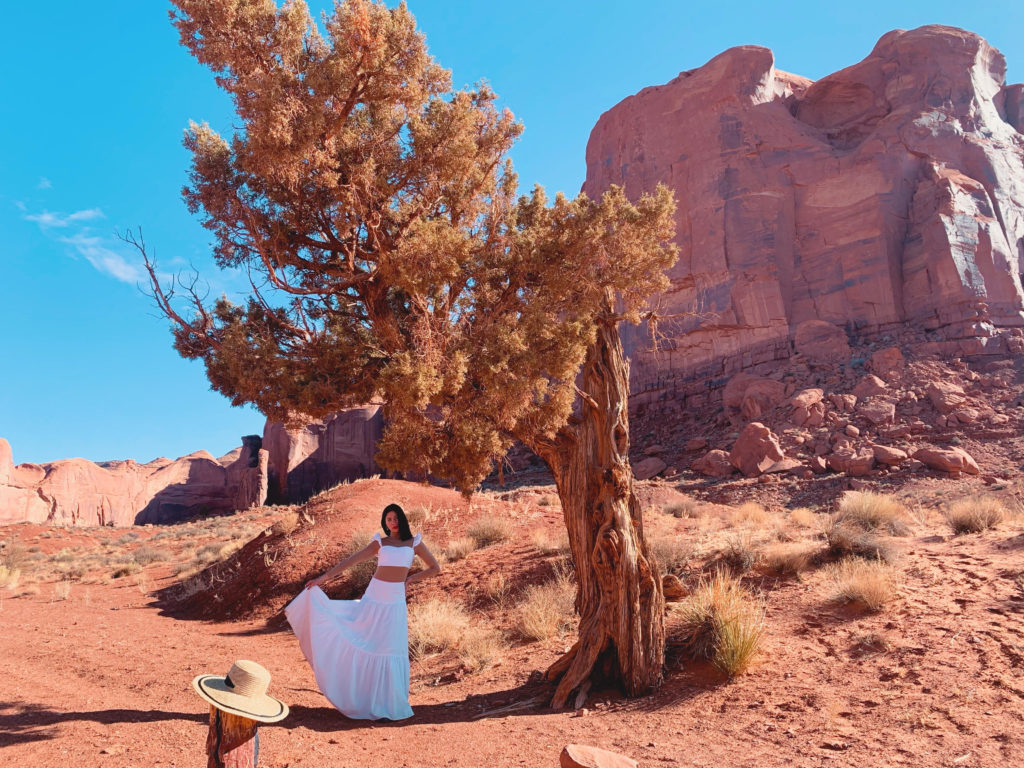 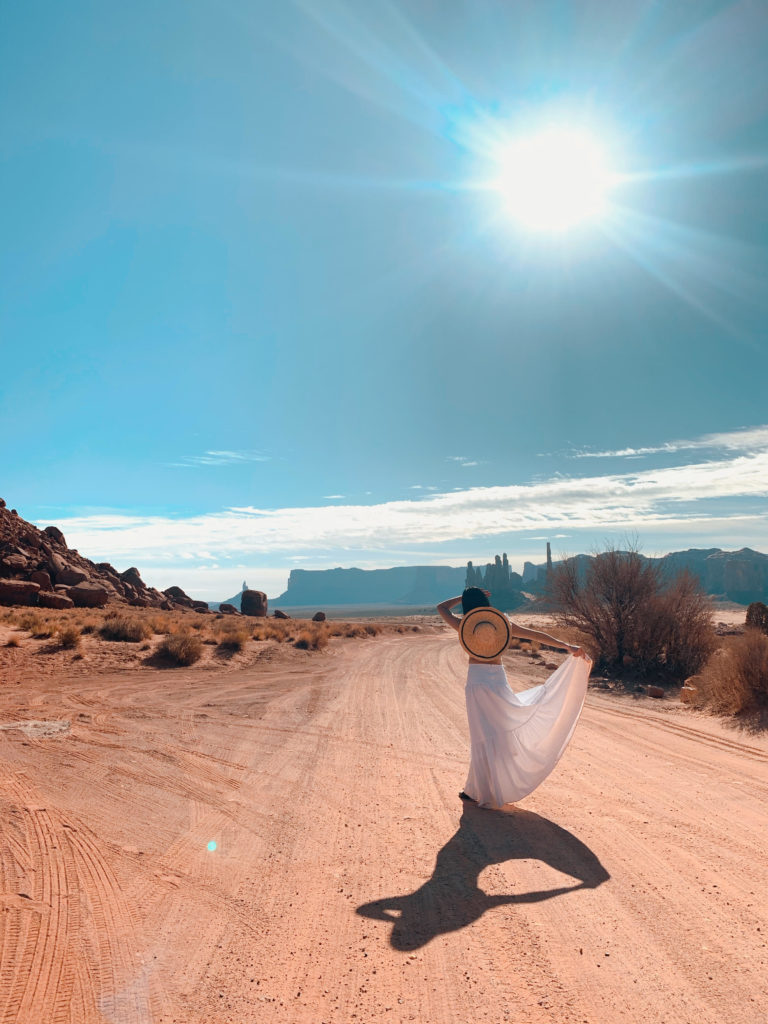